The avid bowhunter was "very lucky that it wasn't way worse" 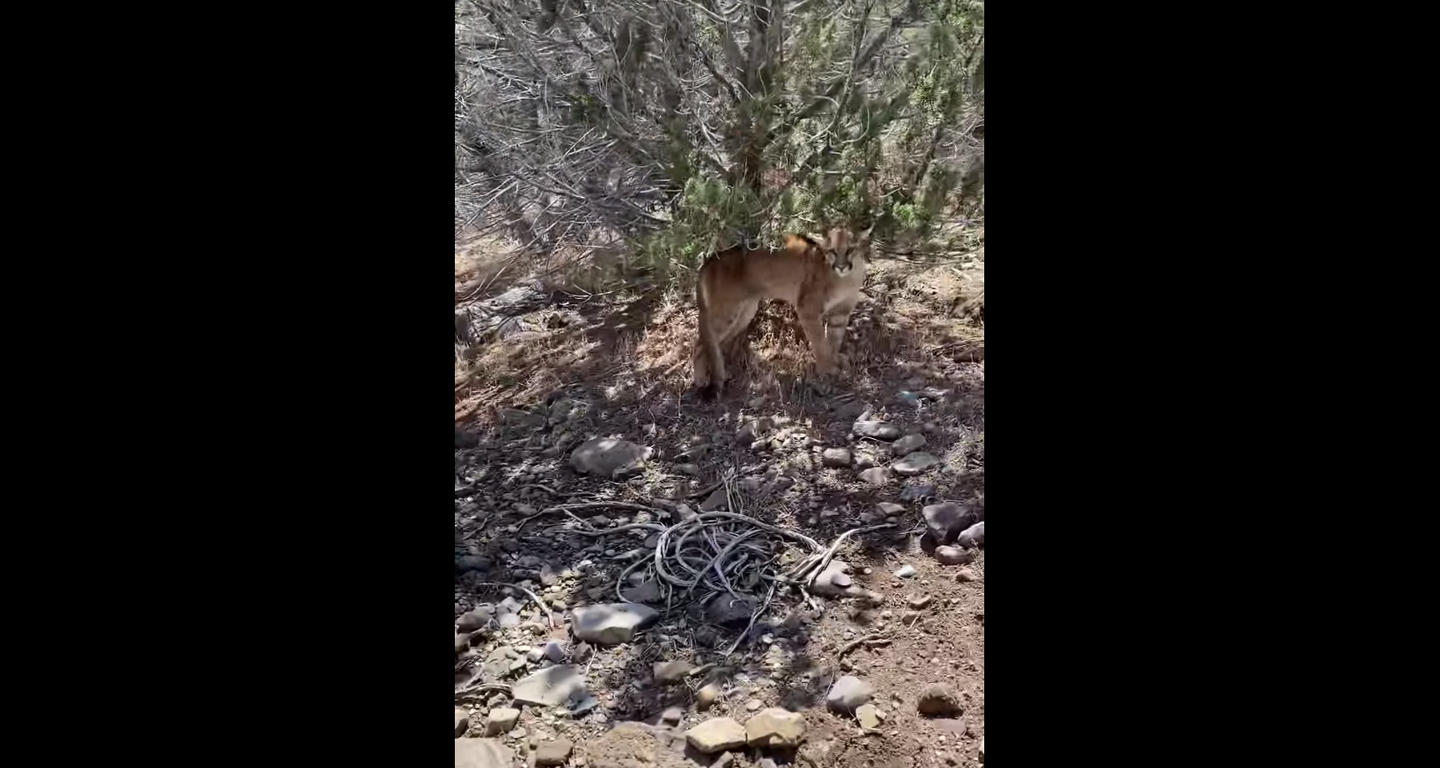 A Utah bowhunter encountered her “biggest fear” while chasing elk during the season opener on Aug. 20. Laurien Elsholz, 23, was deep in a ravine near the Stansbury Mountains in Tooele County when the smell of death caught her attention and caused her to gag. Almost immediately, something emerged from the brush and swatted at her leg.

“I heard some crashing noises and then it all happened so fast,” Elsholz said. “I looked to my right and I was face to face with a mountain lion.”

She immediately struck the young cat in the head with her hiking pole, causing it to retreat a bit. By the time she processed what was going on, she realized that the cat wasn’t fully deterred. She started yelling out to her companions a few yards up the ravine, urging them to stay away.

“I started backing up while making eye contact with it and I backed into some thick trees and couldn’t go anymore, so I was kind of trapped,” Elsholz said. “I was trying to figure out how to get around this cat without something happening, and it lashed at me four times. It jumped at me, hissed, and was like ‘get out of here.’”

Elsholz recognizes that the cat was probably just trying to protect a kill.

“It had just killed something and wanted me to get away from its food. I used my stick to hit it one more time and it backed up a little bit, and that’s when I started recording.”

The video shows the cat walking back and forth with its tail tucked between its legs. Elsholz continued yelling throughout the video, and the cat starts walking toward her again right as the footage ends. According to Elsholz, the cat lashed out again, and she struck it with the stick a third time. She pushed to the right of the cat and started backing up the hill, facing the cat the whole time. Eventually she and her sister, girlfriend, and few friends got out of the woods, but not before the mountain lion followed them for about a mile.

Elsholz is grateful that the interaction wasn’t more violent. But when she posted the video on Facebook, her experience was met with lots of criticism. Some lamented in comments that the lion was completely calm and she wasn’t at any risk, and some berated her for not carrying a gun.

“Mountain lions rarely attack people. Saying you’re lucky to have gotten out alive is a bit of a stretch. You’re in lion country. That lion showed zero aggression towards you, so much so that you were able to get your phone out and record it. You’re lucky to have had the encounter,” one comment reads.

Elsholz does consider herself lucky, but also points out that coming face to face with a mountain lion in the woods is undeniably scary no matter how calmly the cat behaves. And as she explains, the cat wasn’t necessarily calm, since it swatted her and swiped at her multiple times when she didn’t have her camera turned on.

As far as whether she should carry a gun or not, the avid shed hunter wants to get one at some point.

“I usually hook a large knife onto my hunting pack and carry bear spray on my side, but this day I totally spaced that I had bear spray because I was just so scared,” Elsholz says. “But I will look into getting a gun, because I would feel a lot safer going back to that mountain range again.”