While looking for prehistoric shark teeth in the Myakka River, a man was attacked from behind by a 9-foot gator 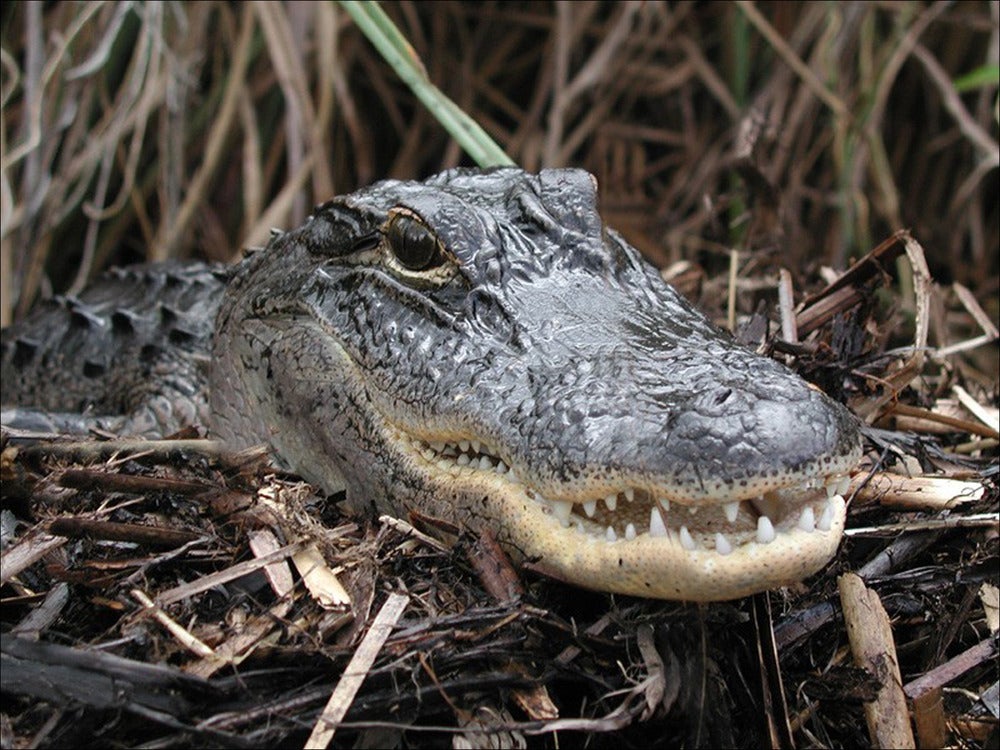 A diver was attacked by a Florida gator. National Park Service
SHARE

On May 31, Jeffery Heim, 25, was rushed from behind with no time to defend himself by an angry 9-foot American alligator. The attack took place in southwest Florida’s Myakka River, reports the Sun newspaper.

Heim said he was hit so hard and fast by the gator he thought he’d been struck by a boat. The giant reptile bit down on Heim’s head, fracturing his skull, which required 34 staples to close the wound.

“I came up (from a dive) and I just get blasted by what felt like a propeller, like a boat going 50 mph,” says Heim. “It pulled me down with my mask off. You never understand the power of a wild animal like that until you’re in its mouth.”

Authorities believe the animal was guarding its nest or young. Heim said the gator bit him twice on the head, but he used his hand to protect his face.

Heim remained calm and didn’t struggle wildly. He thought that would have triggered the gator’s predator instincts. And he knew not to move fast or panic from diving in saltwater near sharks.

After the attack, the gator just looked at Heim and seemingly lost interest in the diver. The gator began moving away, and Heim swam toward shore.

On land, four people helped Heim. They called 911 and he was transported to the hospital. In the ambulance, Heim struggled to remain conscious but could tell paramedics were concerned.

“It’s very scary when you ask someone, ‘am I going to be okay?’ and they hesitate,” says Heim, a personal trainer.

Heim said he’s lucky the gator didn’t bite an arm, hand, leg or his neck, or perform a deadly death roll, which likely would have increased his injuries.

“Your life is worth more than any shark tooth,” he said, reflecting on risking diving in the river during gator breeding season.