A 504-pound gator, believed to have killed 71-year old Timothy Satterlee Sr. in the aftermath of Hurricane Ida, has been captured and killed by authorities 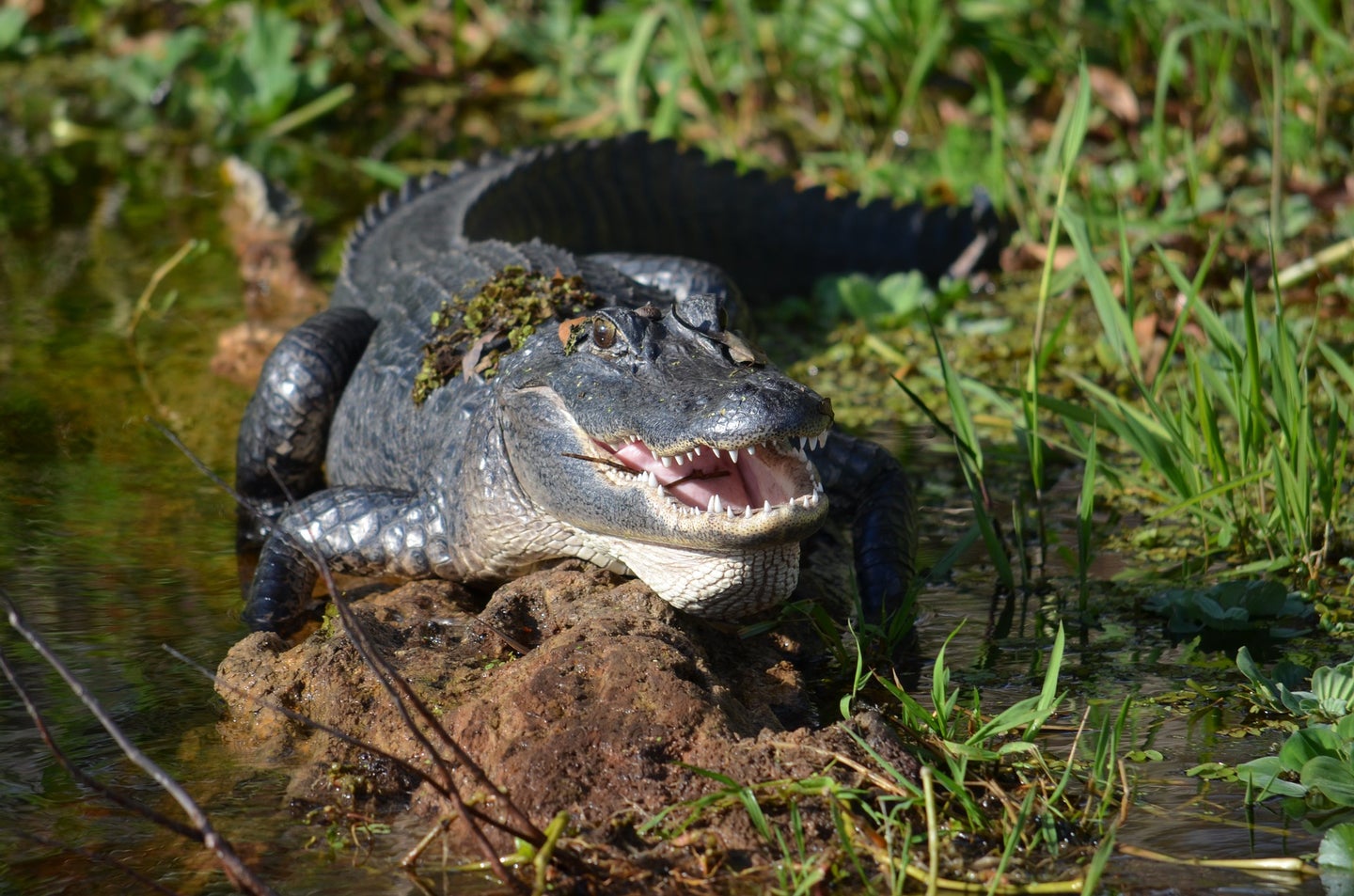 The alligator thought to have killed Timothy Satterlee Sr. has been killed. Pixabay
SHARE

Authorities caught a 12-foot alligator near the town of Slidell, Louisiana, this week that they believed had attacked and killed a 71-year-old man in the aftermath of Hurricane Ida. The floodwaters of Lake Pontchartrain had cut off electricity and telephone service to much of the area, and surrounded Timothy Satterlee Sr.’s home in Slidell, reports NBC News. Satterlee, who survived Hurricane Katrina in 2005, was attacked by the gator on his front steps on Aug. 30.

Satterlee’s wife heard the commotion and went outside to find the alligator attacking her husband. She pulled Satterlee, who was severely injured, onto the steps of their home. A Slidell fire spokesperson Jason Gaubert reported that the man had lost an arm. Mrs. Satterlee climbed into her pirogue (a small boat) and went for help a mile away. When she returned, Satterlee was gone. Now, authorities are reasonably certain they’ve tracked down the alligator.

“The alligator was caught this morning by one of the traps and brought to a secure sight to be searched,” the St. Tammany Parish Sheriff’s Office said in a statement Monday. “Once the alligator was searched, it was discovered to have what appeared to be human remains inside its stomach.”

Sheriff’s officers are working with the St. Tammany Parish Coroner’s Office to verify whether the remains can be linked to Satterlee. The 12-foot, 508-pound reptile was trapped in the Avery Estates area of Slidell, according to the sheriff’s office.

Hurricane Ida created much flooding and cut electricity and phone service throughout the region when it went inland Aug. 29. Satterlee was attacked outside his Slidell home, which was surrounded by floodwaters of Lake Pontchartrain.

“This is a horrible tragedy and my sincere condolences and sympathy goes to the Satterlee family,” Sheriff Randy Smith said in Monday’s statement. “I know today’s findings does not bring their loved one back, but hopefully this can bring them some sort of closure. I am very proud of the hard, non-stop work, of my deputies and the other agencies who assisted, and I hope their persistence in finding this alligator will help the family with coping with their loss”