Rattlesnake research that's worth listening to 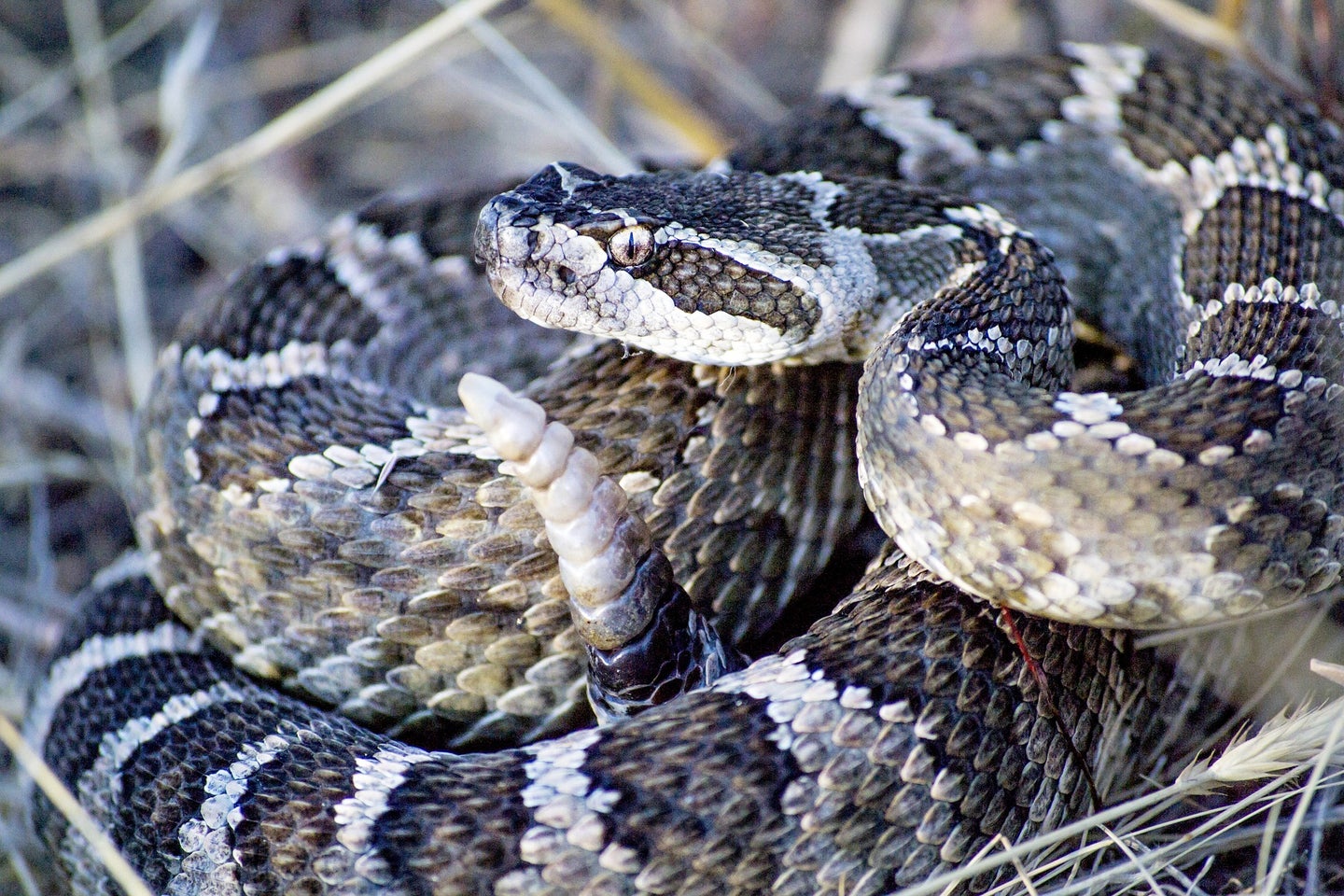 The tone of a rattlers rattle can clue you in to how close it might be to you.
SHARE

If you hunt or fish in snake country, here is a cautionary tale: Scientists have learned that the warning rattle of a rattlesnake changes to high-frequency as danger approaches. This makes the snake sound closer than it actually is, which can better ward off potential peril to the snake.

This report was published in the journal Current Biology and detailed by Phys.org.

“Our data show that the acoustic display of rattlesnakes, which has been interpreted for decades as a simple acoustic warning signal about the presence of the snake, is in fact a far more intricate interspecies communication signal,” senior author Boris Chagnaud at the University of Graz in Austria told Phys.org. “The sudden switch to the high-frequency mode acts as a smart signal fooling the listener about its actual distance to the sound source. The misinterpretation of distance by the listener thereby creates a distance safety margin.”

As outdoorsmen know all too well, a rattlesnake shakes its tail rattle violently as a warning to anything it perceives as dangerours. That shaking produces a high-frequency buzz that is instantly recognizable and startling.

The researchers noticed that snake rattling frequency varied considerably, but for unknown reasons. Chagnaud noted higher buzzing frequency from a rattlesnake at an animal facility when he approached the snake, with buzzing frequency changing as he moved away from the reptile.

This observation resulted in Chagnaud experimenting with how rattlesnakes reacted to approaching objects. He learned rattlesnakes adapted their rattling rate in response to the approach velocity of an object rather than its size.

“In real life, rattlesnakes make use of additional vibrational and infrared signals to detect approaching mammals, so we would expect the rattling responses to be even more robust,” says Chagnaud.

One experiment was done in a grassy field with 11 different people who walked to within 10 feet of a hidden rattler. As a person approached, the snake’s rattling frequency increased, causing participants to underestimate the distance to the snake.

“Snakes do not just rattle to advertise their presence, but they evolved an innovative solution: a sonic distance warning device similar to the one included in cars while driving backwards,” Chagnaud says. “Evolution is a random process, and what we might interpret from today’s perspective as elegant design is in fact the outcome of thousands of trials of snakes encountering large mammals. The snake rattling co-evolved with mammalian auditory perception by trial and error, leaving those snakes that were best able to avoid being stepped on.”