A mountain lion went on a llama killing spree near Helena, Montana earlier this month — but strangely enough —... 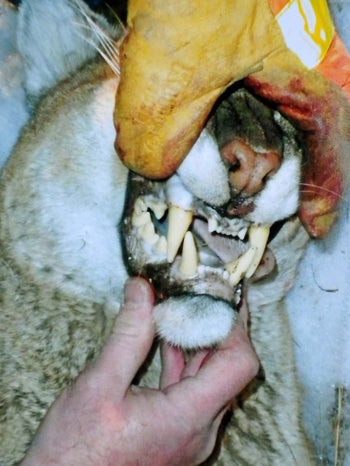 A mountain lion went on a llama killing spree near Helena, Montana earlier this month — but strangely enough — it didn’t eat any of its prey. The 175-pound, healthy male lion was leaving the llama carcasses behind after mauling them for their owners to find. He killed a total of six llamas, according to helenair.com.

“Even though the tracking conditions were extremely poor, it was evident from the kill pattern and the little feeding pattern that it wasn’t a wolf but a mountain lion,” Glazier said. “This one was 20 yards from Birdseye Road and the lion had pulled the llama under the fence where there’s an old bus stop shelter where kids can wait for the bus.”

Eventually, Glazier was able to locate and kill the lion.

“Usually, the damage I see with livestock is it’s either a young juvenile delinquent seeing how to do it; or it’s a female teaching her young; or an old one going downhill looking for groceries,” Glazier told Helenair.com. “But this was a big healthy mature male lion and I have no idea why he made the kills.”