The .30/06 Springfield: Why This Old Cartridge is Still the Best for Big Game Hunting

How does the .30/06 stack up against other top hunting cartridges? 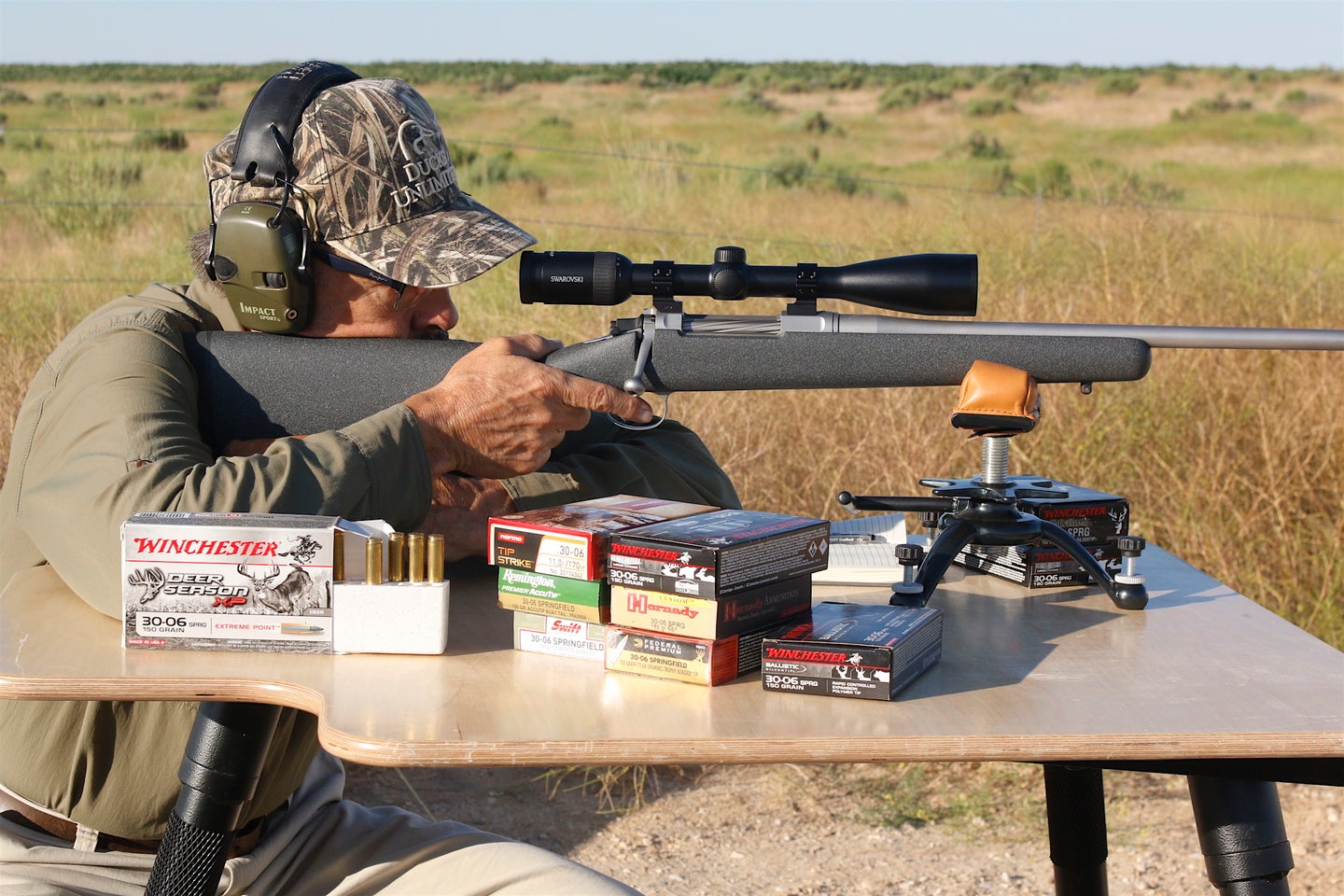 The author with a Barrett Fieldcraft in .30/06. Ron Spomer
SHARE

The .30/06 Springfield cartridge is worn out. Outdated. Over the hill. Look, computers have replaced typewriters. Smartphones have replaced land lines. Isn’t it time we phased out the tired, antiquated .30/06 for better, more modern cartridges?

The old .30/06 hatched as a military cartridge in the horse-and-buggy era, 1906. That was two years before the Ford Model T hit the streets! It was 14 years before commercial radio began, and 48 years before Elvis Presley’s first hit record. There’s no way it can compete with the likes of the .308 Winchester, .300 Ruger Compact Magnum, or even the little 6.5 Creedmoor. Or can it? Let’s dive deep into this famous old centerfire rifle cartridge and see just how it holds up against some of today’s hot prospects.

The .30/06 was born of military necessity after the Spanish American war of 1898. After our troops, including Teddy Roosevelt and his volunteer Rough Riders, felt the sting of 7x57mm Spanish Mausers in Cuba, the U.S. military set out to develop an equally effective rifle and cartridge. They came up with the Model 1903 Springfield bolt-action and .30-03 cartridge throwing 220-grain round-nose bullets 2,300 fps. That still wasn’t good enough, so three years later they shortened the case length slightly, replaced the stodgy round-nose with a 150-grain spire point at 2,700 fps and voila’. Meet the .30/06.

Both this cartridge and the Springfield bolt-action rifle were so similar to the Mauser that our government had to pay royalties to Mauser in Germany. (The .30/06 is pretty much a 7x57mm case lengthened about 1/4-inch and necked up to hold a .308” bullet).

How good were the new military cartridge and rifle? Well, both helped win WWI and WWII. But hunters didn’t wait for wars to test the set up. Teddy Roosevelt, fresh out of the White House in 1909, took a sporterized Springfield .30/06 on his African safari. Despite his poor shooting, it proved so effective that his friend and author Stewart Edward White followed suit in 1911. Earnest Hemingway shot a .30/06 on his 1933 safari, stopping a big lion and making a one-shot kill on a running rhino at some 300 yards.

By the mid-20th century the .30/06 was well established as the ideal, middle-of-the-road, do-it-all “light” cartridge against which others were judged. It fired everything from 100-grain plinkers to 220-grain solids and dispatched everything from carrot-raiding rodents to hut-stomping pachyderms. From equatorial jungles to the Arctic, the .30/06 was king despite competition from its own offspring, the .270 Winchester, plus the magnum-length .300 H&H and .300 Weatherby Magnum. Not until Remington released its 7mm Remington Magnum in 1962 and Winchester unveiled its .300 Winchester Magnum in 1963 did the .30/06’s star begin to dim.

Modern powders and bullets make the .30/06 more effective today than it’s ever been. Most ammunition will now push a 150-grain bullet 3,000 fps, a 180-grain 2,800 fps. But assessing the .30/06’s value as a hunting cartridge hinges on what you value. Some hunters rank ammunition variety highest, others ammo cost or availability, relative recoil, downrange energy, drop, wind deflection, even the length of the rifle’s action. Let’s consider many of these:

In this category the .30/06 is still king with roughly 100 different combinations of bullets and brands on the market. Virtually every ammo manufacturer loads the .30/06. The lightest bullet offered is Remington’s 55-grain Accelerator Pointed Soft Point rated 4,080 fps. The heaviest is Federal’s 220-grain Sierra Pro-Hunter SP Round Nose. Handloaders can top the old -06 with everything from stumpy 100-grain plinking pills to 225-grain Match bullets and hit velocities as high as 3,500 fps.

If there is a retail outlet selling centerfire rifle ammunition that does not stock .30/06, chances are you’ll never find it. As for cost, you can find .30/06 fodder as cheap as 50-cents per round. That’s $10 per box of 20. Decent hunting loads generally run from $15 up. Premium fodder like Swift High Grade Ammunition with Scirocco and A-Frame bullets goes for as much as $66 per 20.

With its original 150-grain spire point bullet at 2,700 fps, the Springfield .30/06 was certified for an extreme reach of 4.75 miles, an effective firing range of 1,000 yards. A flip up rear leaf sight was graduated for ranges out to 2,850 yards. Point-blank range for a standing, man-sized target was 500 yards. Whether the military rifles were accurate enough to take advantage of this is moot. Im sure a few were, most were not. But that doesn’t mean today’s sporting rifles aren’t…

The .30/06 has been used to win many short, medium, and long-range target shooting competitions. Modern hunting rifles regularly print Minute of Angle with select ammunition, and carefully tuned rifles often achieve true 1/2 MOA performance, sometimes even 1/4 minute precision. Rifle/cartridge accuracy depends more on a concentric and balanced rifle and bullet than the shape of the cartridge.

For most serious shooters and hunters, external ballistics is the real measure of a cartridge’s value. The flight of the bullet is the whole reason for the rifle, scope, primer, brass, and powder. The faster a bullet leaves the muzzle and the higher its Ballistic Coefficient, the flatter it shoots, the less it deflects in the wind, and the more energy it retains at all ranges. Given the same MV and B.C., all bullets scribe the same trajectory, but the heavier ones retain more energy. Putting that bullet in the correct place is the final piece of the puzzle (see Accuracy above).

Think about all this for a minute. Muzzle velocity, B.C., and mass are the three legs on which every bullet runs. Shorten one and you shorten performance. Lengthen one, and you increase performance. This is how some seemingly smaller calibers and lighter bullets can outperform large, heavier ones. Every cartridge/bullet combination is a compromise. Increased velocity and mass increase powder consumption, recoil, and expense. In any given caliber, increased velocity decreases barrel life. With that in mind, let’s compare the old .30/06 to some other mid-sized, general-purpose hunting cartridges commonly used for big game hunting (pronghorn, deer, black bear, elk, and African plains game).

To make these comparisons consistent, we’ll zero each cartridge for its maximum point blank range (MPBR) on an 8-inch target. That means we zero bullet impact as high as needed (usually about 3 inches) at 100 yards to ensure bullets strike no higher than 4 inches above the aiming point at peak trajectory (usually around 150 yards). The distance at which they drop 4 inches below point of aim is that cartridge’s maximum point blank range. In addition, we will select appropriate bullet weights for deer hunting and attempt to keep bullet B.C. ratings as high as reasonably possible for each. Be aware that lighter, heavier, or better B.C. bullets in any cartridge will change ballistic performance. Increasing bullet weight to increase kinetic energy (downrange punch) always requires a sacrifice of MV. With a consistent form factor (boat tail spire point, for instance) additional weight reduces muzzle velocity, increases B.C., decreases wind deflection, and increases drop.

We’ll “shoot” each of the cartridges below in 8-pound rifles in identical atmospheric conditions for consistency.

Here are the trajectories and downrange energies for some of the above bullets. Not every rifle will hit these exact MVs, and changing to higher B.C. bullets will significantly alter downrange performance, but the bullets/loads here represent some of the more commonly sold and shot in factory hunting ammunition. Notice how higher B.C. bullets contribute to better downrange ballistics by minimizing drag and conserving energy.

The most revealing takeaway from these numbers is how similar all cartridges perform at 300 yards. There isn’t 3 inches of drop difference between the best and worst and only 2 inches of wind deflection difference. Energy levels are more than adequate even for addressing big bull elk.

Read Next: The Origin Stories of Your Favorite Hunting Cartridges

How Popular Alternatives to .30/06 Stack Up

This civilian version of the military cartridge (7.62 NATO) has become the go-to “police/sniper” round, the first cataloged in any new target, precision, police/military, or long-range rifle. Heck, it’s even offered in most predator/varmint rigs. Yet it’s nothing but a “.30/06 short.” Same rim, same head, same body diameters, just 1/2 inch shorter. That means the rifle can be a half-inch shorter, maybe 4 ounces lighter, and 0.001 second faster (just a guess) to cycle. Many claim the 308 Win. is also more efficient than the .30/06. If, by that, they mean it uses less powder, they are correct. But that comes at the loss of 100 to 200 fps MV with most bullets. Game won’t notice the difference, but you might when your bullet lands just short due to more drop and drift. The .308 Win. is a fine little cartridge more than adequate for taking most big game, but with 10 grains less powder in its engine room, there’s no way the .308 Win. can outperform the .30/06.

One legitimate win for the .308 is barrel life. The U.S. military long ago determined the average .30/06 Springfield barrel lost acceptable accuracy after about 5,000 rounds while 7.62 NATO barrels hang in there for about 8,000 rounds. If you’re shooting hundreds of rounds a month for practice or competition, the .308 is your better choice. In a pure hunting rifle, I can’t imagine anyone burning out a .30/06 in a lifetime. Personally, I don’t choose hunting rifles for longest barrel life. I choose them for performance. Barrels are like truck tires. When worn out, you replace them. 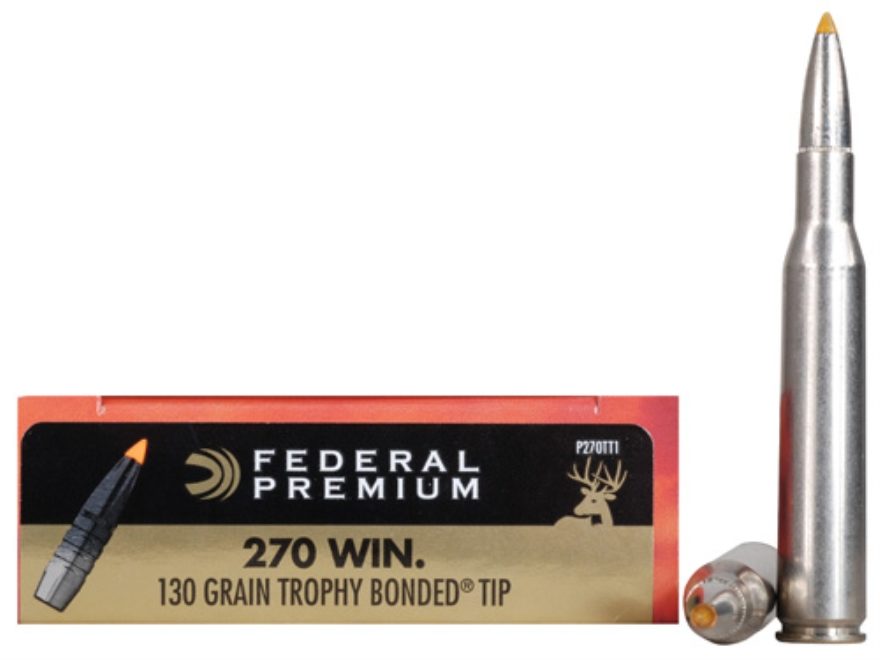 The .270 has a reputation as a flat shooter, especially with 130-grain bullets.

Squeeze the neck of a .30/06 to grip a .277” bullet and you have a 270 Winchester. Now you have the same engine (powder) pushing a narrower bullet which, in a given weight and form, is a higher B.C. bullet. It better resists drag so it drops and drifts less than the fatter, .308” bullet. Thus did the .270 Win. gain its reputation for shooting “flat,” especially with 130-grain projectiles. But bullets heavier than 150 grains are hard to find in the 270. Given similar materials and construction, heavier bullets carry more energy, hit harder, and penetrate farther than lighter ones, so the .30/06, with its 165- to 220-grain options, remains the better all-round cartridge for big stuff like elk, moose, kudu, and eland. 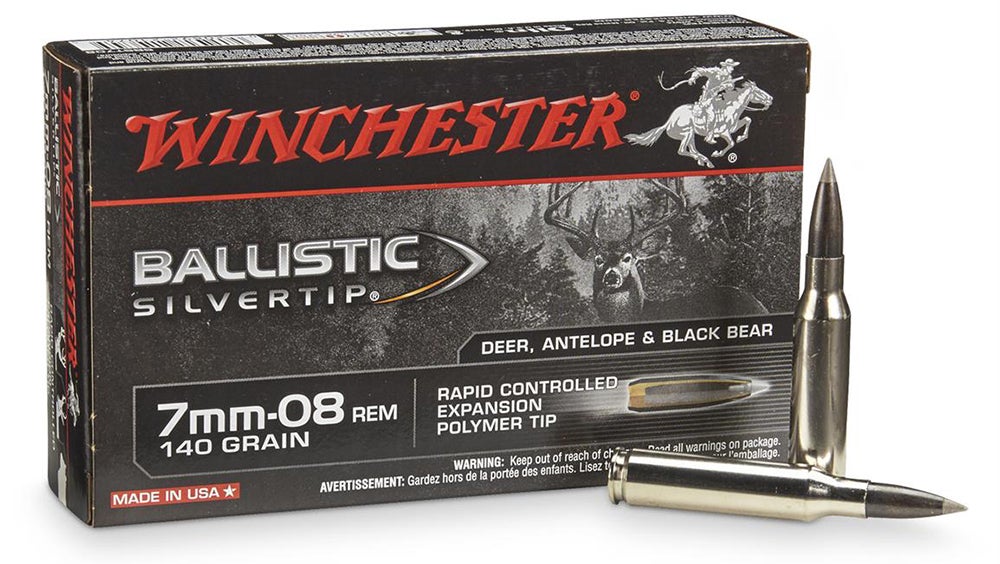 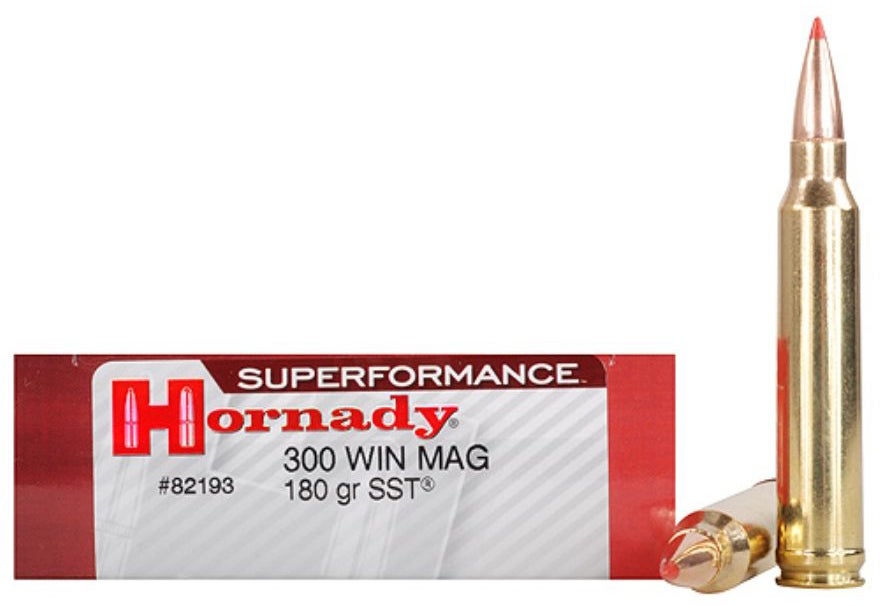 The winner! Of course. Any 300 magnum — and the list is long — outshoots the .30/06 because it burns more powder to push the same bullets. In the case of the .300 Win. Mag., about 20 grains more powder. The .300 RUM and .30-378 Wby. Mag. consume 30- and 40-grains more than the .30/06, respectively. The downsides to all magnums include decreased barrel life, increased recoil, more expensive ammunition, and typically longer, bulkier, heavier rifles. Before divorcing your .30/06 to marry a 300 super magnum, ask yourself if you really need the extra weight, expense, and recoil. If you’re not regularly shooting game beyond 400 yards, you probably don’t. The decrepit old .30/06 dances within a couple of inches of the 300 Win. Mag. at reasonable hunting ranges and does it with 10 f-p less kick to your chops. 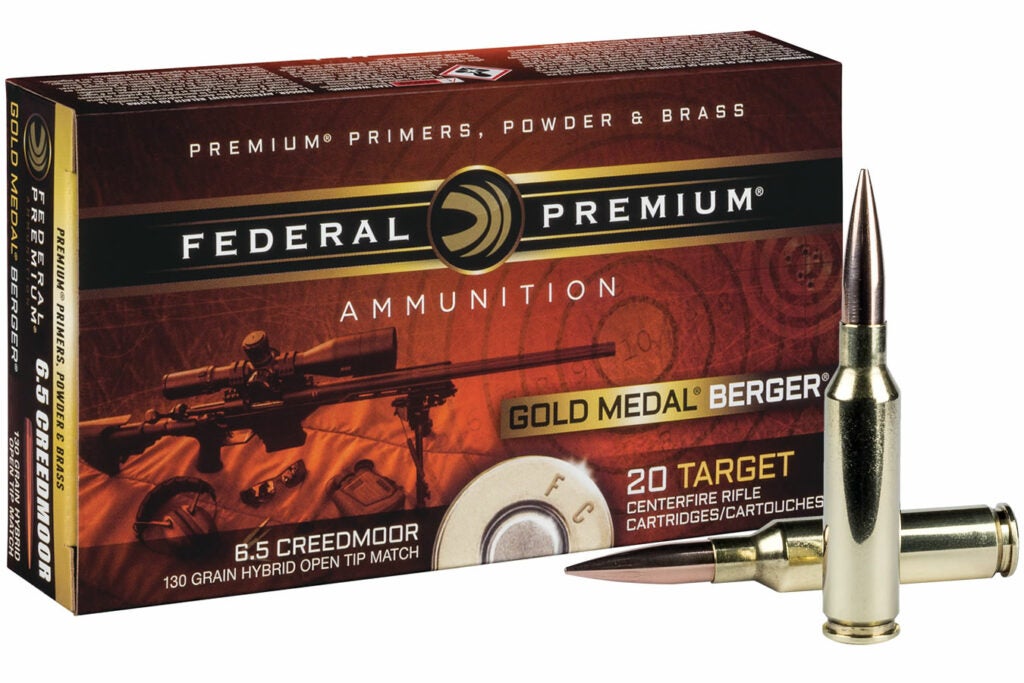 This mild-shooting round has a high B.C.

At first glance you’d think the little 6.5 Creedmoor pushing a 143-grain bullet at just 2,700 fps doesn’t belong in this comparison, but many hunters are using it to take many of the same species commonly hunted with a .30/06. As the trajectory tables show, this mild-shooting round hangs with the more powerful rounds and even begins catching many at longer ranges, thanks to its high B.C. bullet. When it comes to bullet performance, air drag is a drag. But the upper limit of bullet weight in .264 means the 30-06 is more versatile. Look at it this way: would you rather face a charging brown bear with a 143 grain bullet up the spout or a 220-grain?

After more than a century of flattening the world’s biggest, meanest, and tastiest game animals, the .30/06 Springfield remains an incredibly well balanced, versatile, affordable hunting cartridge. With modern ammo it shoots 100- to 200 fps faster than it used to. If it was good enough to stop lions, rhinos, buffalo, and elephants 100 years ago, it’s probably good enough to stop deer, elk, and moose today.