We shot more than 200 five-shot groups to figure out which factory 6.5 Creed loads are best 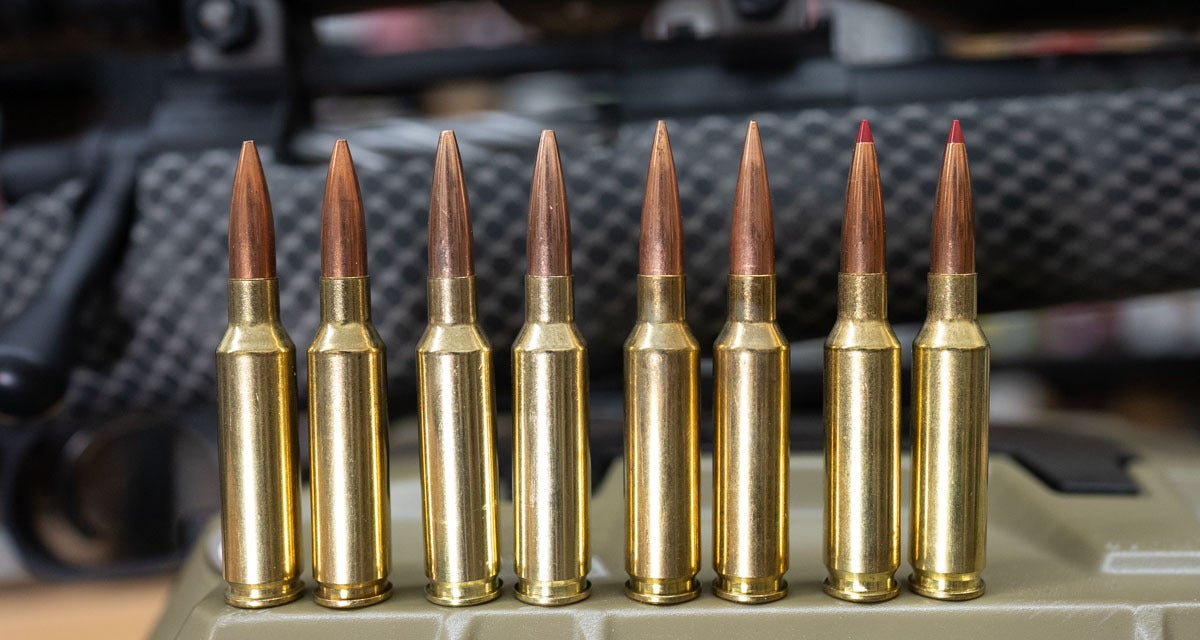 The most accurate 6.5 Creedmoor loads tested in our annual gun test. John B. Snow
SHARE

A big part of the annual Outdoor Life gun test is determining which rifles are the most accurate. To that end we gather a ton of data in the form of 5-shot groups for each gun. This year we shot more than 370 groups for record across the field of rifles—and that’s only a portion of the shooting we do to figure out the winners.

The flip side of all that data is that we can determine the most accurate ammo. In this year’s gun test we shot 17 rifles, and 9 of them were chambered in 6.5 Creedmoor. All told, we shot 232 groups of 6.5 Creed ammo with those 9 rifles. In case you’re wondering, the average 5-shot group size of those 232 groups—shooting 10 different types of ammo—was 1.203 inches, which is amazing. Just 10 years ago, before the 6.5 Creed became the dominant cartridge it is today, the average accuracy of a typical factory hunting rifle was 1.25 inches, which was determined by looking at only the top 10 groups it produced. So, when you expand the data set from 10 groups to more than 200 groups and see the average shrink—that tells you just how accurate the 6.5 Creedmoor is, despite the backlash from those who insist it isn’t any better than the old cartridge they shoot.

But what about the specific 6.5 Creedmoor loads we shot? How do they stack up? There were two standouts in this year’s test that shot nearly neck-and-neck with each other. Federal’s 140-grain Sierra Matchking and Nosler’s 140-grain RDF.

This outstanding load delivered amazing consistency during the gun test. Every 6.5 Creedmoor rifle we shot this ammo through printed sub-MOA groups, most of them doing much better than that. In fact, the four smallest groups with this Creedmoor ammo came from four different rifles: Nosler 21 (.266 in.), Proof Tundra (.359 in.), Accuracy International AT-X (.477 in.), Franchi Momentum Elite (.511 in.).

What this indicates is that this load is a great baseline type of ammunition for any 6.5 Creedmoor rifle. If for some reason your rifle doesn’t shoot it well, chances are your rifle isn’t a shooter.

The performance of this load doesn’t come as a surprise. The Sierra Matchking has a long track record of fine accuracy and Federal knows how to roll good ammo.

The fact that the best 10 groups averaged just over .5 inch also tells us that this ammo is competition-ready out of the box. You can win hunting-style matches like the NRL-Hunter series with any ammo that’s legitimately ½-MOA. That’s a huge relief for shooters who don’t want to be stuck at their reloading bench for hours but still want to be competitive.

If football is a game of inches, then precision rifle is a game of thousandths of an inch. As you can see here, the Nosler 140-grain RDF edged out the Federal 140-grain SMK in the 20-group aggregate by .035 in. and was just nine-thousandths (.009 in) larger than the Federal load when measuring the top 10 groups. At these dimensions, we are literally splitting hairs between the group sizes.

Where the Federal ammunition did better was in its versatility. The four smallest groups with the Nosler 140-grain RDF Creedmoor ammo came from the same rifle: the Accuracy International AT-X, with the groups measuring between .347 and .497 inches. That said, the Nosler’s 10 best groups included four different rifles. In addition to the AI AT-X there was the Proof Tundra (.506 in.), Franchi Momentum Elite (.536 in.), and the Weatherby Backcountry 2.0 (.547 in.). Point being, the Nosler RDF is no one-trick pony either.

For those not familiar with the RDF bullet line, which spans from 70-grain .224-caliber bullets to 300-grain .338s, it was created by Nosler a few years back as their in-house precision rifle bullet. RDF stands for “reduced drag factor,” meaning they squeeze as high a B.C. value from each bullet as possible through the bullets’ compound ogives and long boattails.

In the competitive shooting world, the RDF’s are a bit of a sleeper. Bullets from Berger and Hornady get a lot of attention, but a lot of top shooters are cleaning up with the RDFs as well in the various practical precision rifle competitions.

Given the stellar performance of this factory ammo, I don’t think that the RDFs will remain an underdog for long.

Not surprisingly, Hornady’s factory 6.5 Creedmoor ammo performed well, too. I’ve shot the 147-grain ELD-Match bullets in the NRL-Hunter series and placed high in the standings running it through my Proof Switch.

But one thing that this broad-based test revealed is that the 140-grain bullets shot notably better than any of the other 6.5mm bullet weights. In Hornady’s case, the 140s did best, followed by the 143-grain ELD-Xs, and then the 147-grain ELD-Match. Here’s how they stacked up:

It’s worth noting that the Hornady 143-grain ELD-X was the most accurate hunting bullet among the 6.5 Creedmoor ammo we shot. I have have killed several elk as well as a bunch of whitetails, mule deer, and antelope with this load and can attest to its excellent terminal performance. Understand that the bullet is designed to upset at longer distances, meaning lower impact velocities. Because of this, the ELD-X tends to lose a significant portion of its weight as it penetrates, especially with closer hits when it still carries a lot of velocity. So, it is less likely to penetrate through an animal and leave two leaky holes, but dead is still dead.

Now, curiously, in the one 6.5 PRC rifle in the test, the Seekins Havak HIT, the 147-grain ELD-Match averaged .639 in. with its 10 best five-shot groups, which just goes to show you how important it is to try a variety of loads in your rifle to land on the best accuracy.