An overview of this year's new cartridges and loads 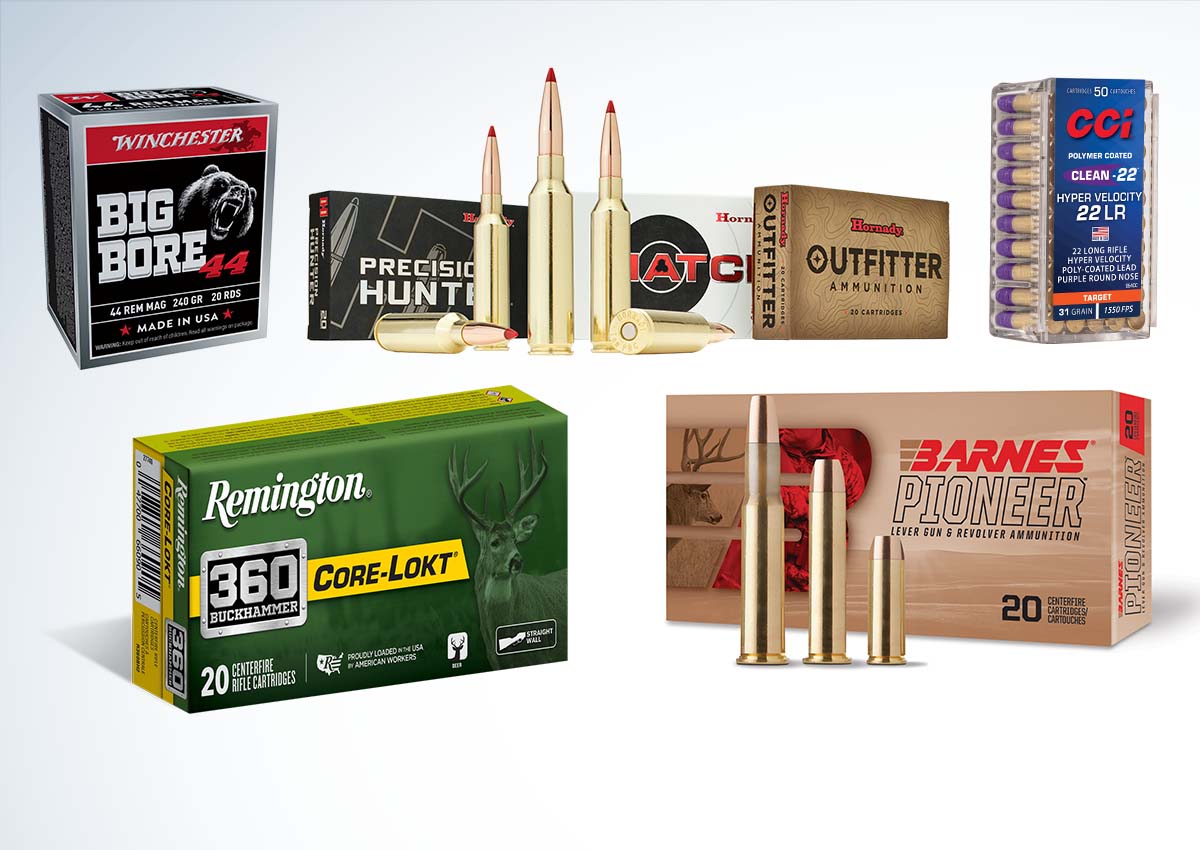 Every year ammunition manufacturers across the globe work to design, produce, and market ammo that’s better than the world has previously seen. Most of the new offerings debut at the SHOT Show every January. Here are the most exciting new cartridges and loads for 2023.

This cartridge actually debuted in October (standard timing at Hornady), but this is the first time the cartridge has seen the SHOT Show. It’s the newest member in Hornady’s fantastically popular Precision Rifle Cartridge family, specifically designed for optimal performance with today’s modern, highly aerodynamic, superbly accurate projectiles. Many ballisticians and shooters consider the 7PRC the best magnum 7-millimeter cartridge. Currently available loads include a 175-grain ELD-X load going 3000 fps with a G1 BC of .689, a match load shooting a 180-grain ELD-M at 2975 FPS with a G1 BC of .796, and a lead-free 170-grain CX hunting load in Hornady’s Outfitter line sporting a muzzle velocity of 3000 and G1 BC of .596. If you’re a ballistic geek or serious rifle shooter, you’ll recognize how remarkable those numbers are.

Learn more about the 7PRC in the review by Outdoor Life‘s shooting editor, John B. Snow.

Designed for deer hunting in states that only allow slugs or straight-wall cartridges and optimized for use in lever-action rifles, this interesting new cartridge provides velocity and energy similar to the legendary .30-30 (the 360 BHMR’s parent case), shooting .358-inch diameter 180 to 200-grain bullets at 2200 to 2400 fps. Currently, two loads are available from Remington topped with their popular round nosed Core-Lokt projectiles, and two loads from Federal featuring Power-Shok bullets. This new cartridge will be fun and effective out to 200-plus yards on deer-sized game. Rifles chambered in the new 360 Buckhammer are available from Henry.

Learn more about the 360 Buckhammer in the review by Outdoor Life‘s shooting editor, John B. Snow.

High-capacity 10mm semi-auto handguns are becoming the preferred carry weapon for protection against big, dangerous bears. Typical heavy-hitting 10mm ammo is loaded with 200-grain projectiles because the extra weight has been necessary for deep penetration on heavy-boned beasts. Now, Black Hills is offering 10mm ammo loaded with their all-copper Honey Badger projectiles, which feature fluting that activates a hydraulic response upon impact. This creates a brutal temporary wound cavity while penetrating like your mother-in-law’s stare. The beauty of these bullets is that they weigh significantly less than traditional 10mm bear bullets, with the result that they are easier to shoot well while providing higher velocity. This load comes topped with a 115-grain Honey Badger bullet traveling at over 1600 fps, and is touted to provide better penetration and terminal performance than a .44 Magnum revolver shooting 240-grain bullets. And it’s more controllable, with less recoil and up to 2.5 times the number of rounds on tap. I’ve used Honey Badger ammo, and it’s awesome.

Shooting a 103-grain ELD-X bullet with a G1 BC of .512 at 2600 fps from an 18-inch barrel, the 6mm ARC is tailored for use in MSR-type rifles and offers significantly better downrange velocity and energy than your standard 556/.223.

The 6.5 PRC load sends a 143-grain ELD-X bullet with a G1 BC of .625 at velocities around 2960 fps. This is an excellent choice for deer and pronghorn-sized game and will be effective well beyond the distance most hunters should shoot.

One of the biggest challenges shooters meet when using high-performance .22 rimfire loads is keeping fouling at bay, especially when shooting a suppressed weapon. This new Clean-22 load from CCI addresses that challenge, providing a hot yet clean load going 1550 fps. The 31-grain lead round-nosed bullet features a purple polymer coating that reduces leading in the barrel and doesn’t leave residue. Touted to reduce lead fouling in silencers by 60 to 80 percent, this load will be welcomed by anyone who enjoys shooting suppressed.

There’s nothing new about the classic 35 Whelen, or Winchester’s Power Point ammo, except that they’re newly married. This is great news for hunters in certain states like Louisiana and Mississippi where “primitive” hunting seasons allow hunters to use the 35 Whelen for deer. Sporting a 200-grain projectile traveling an estimated 2900 fps, this cartridge is an absolute thumper on big game and easily capable of reaching out to 300 or 400 yards. This load will be a real asset to Southern primitive-season hunters.

Both Federal and Remington will be loading bismuth loads this year using pellets from their sister company Hevi-Shot. Hevi-Shot’s rise came from its expertise in metallurgy. The brand is known for creating a tungsten–iron-nickel pellet that was denser and deadlier than steel. But Hevi-Shot mixes a bismuth alloy as well (which includes tin, nickel, and some other proprietary materials). Federal says its new bismuth loads, which use these Hevi Bismuth pellets, will fracture less than competitors’ loads (more on this later), pattern better at the range, and kill birds more effectively in the field. I got a chance to field test the load extensively this fall and you can read my full review on Federal Hevi Bismuth here. The main difference between the Remington and Federal bismuth loads (besides components) is that Federal will be utilizing it’s Flitecontrol Flex wad. Both are available in 12-gauge with a variety of different payload options. -Alex Robinson

This is a stacked load from Hevi Shot that utilizes 30 percent original HEVI-Shot (12 g/cc density tungsten) over 70 percent steel pellets. The idea is that the load allows you to shoot some extremely dense and deadly pellets with out having to pay the higher price of a full tungsten load. The load also utilizes Federal’s FliteControl Flex wad, with the promise of tight patterns. It should be available this fall in a variety of configurations. -Alex Robinson