Is the .25/06 the Most Under-Appreciated Cartridge Ever?

In the era of hot new cartridges, the old .25/06 deserves more respect 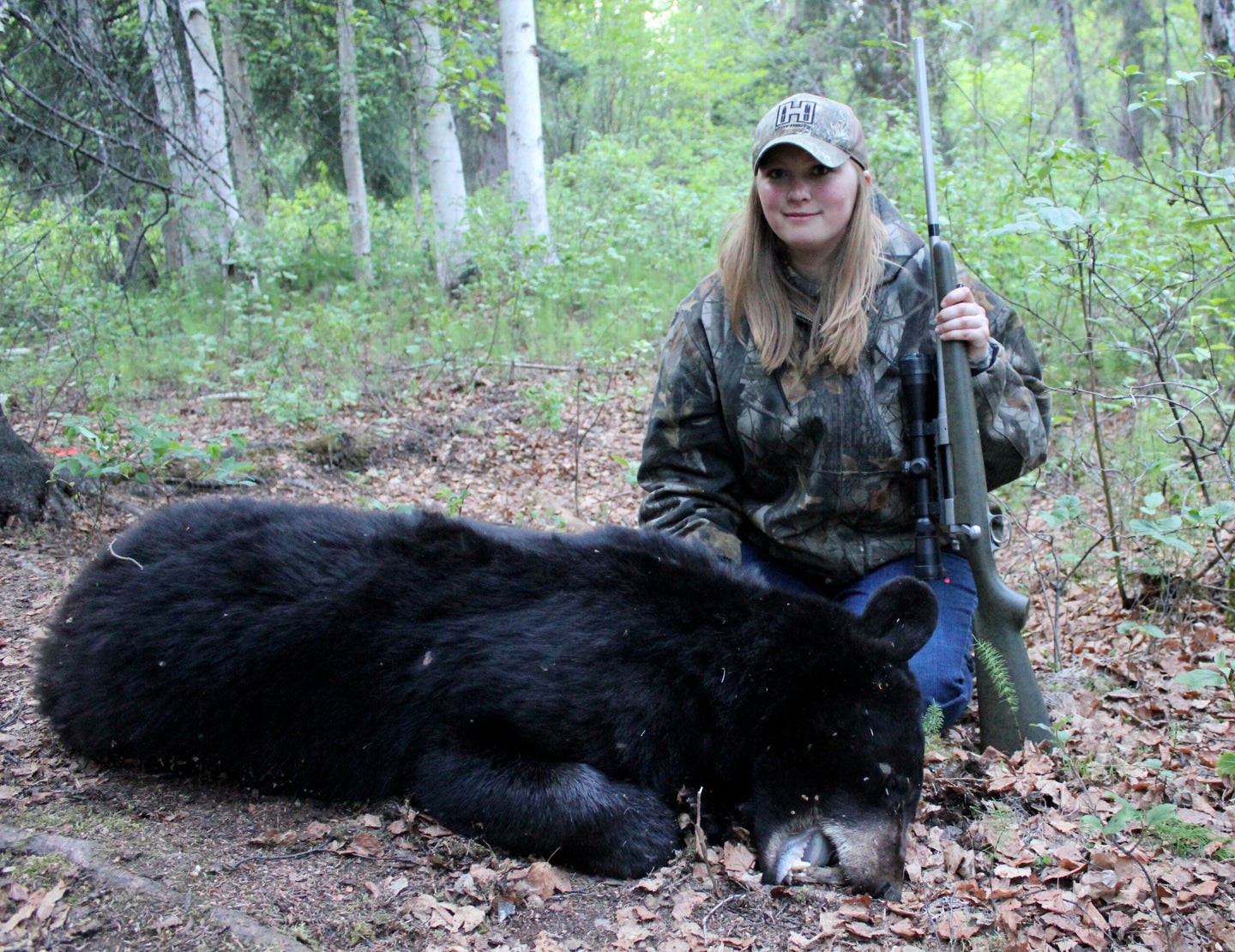 The author's sister with a black bear taken with the light-kicking .25/06. Tyler Freel
SHARE

“The .25/06 is the Rodney Dangerfield of cartridges, it just can’t get any respect,” said Shooting Editor John Snow in a recent conversation we had about the quarter-bore wildcat that Remington brought into official production in 1969. It’s an old cartridge with a cult-like following that makes up for its lack of numbers with passion to spare. Is their devotion simply a matter of nostalgia, or is there something more to the .25/06?

It was with eager anticipation that I got my first elk tag as a 12-year-old kid in Colorado. I borrowed a .25/06 that belonged to my friend’s dad, and it was the first big-game rifle I ever shot. I vividly remember shooting it in an old dug-out gravel pit along a rural country road with my dad—even though I never did get an elk with it. It seemed that every hunter and farmer talked about the .25/06 with a humble reverence.

I remember bull elk and antelope that my uncle Tracy would kill with his Ruger .25/06 when he traveled back to Colorado. He lived in Alaska and had plenty of stories of adventure involving this rifle. He’d often tell the story of a grizzly bear that was killed almost instantly from one  shot with his .25/06—it was the fastest he’d ever seen a grizzly expire.

In another story, he was in the Brooks Range with some friends when a wolf ran through camp. After everyone had given up on shooting at the running wolf, he pulled a single .25/06 cartridge from his pocket, kissed it, slid it into the chamber, and dropped the wolf at over 800 paces. He eventually gave that rifle to my cousin (his nephew), and I once watched him shoot a coyote between the eyes at over 300 yards. My uncle still loves the .25/06, and even swindled me out of mine—but that’s another story altogether.

I grew up on the edge of two eras—just before laser rangefinders and custom dials were common. You sighted your rifle two or three inches high at 100 yards, and if a deer or coyote was really far off, you held just over its back. That is unless you were shooting a .25/06 of course—then you held dead-on. When saving for my first big-game rifle, I was torn between two rifles in the local turnstile—a Remington Model 710 .30/06, and a stainless-steel Ruger .25/06. The Remington was cheaper, and my resolve was weak, but I do still wish I had gotten the .25.

Not that long ago, maximum point-blank range was the name of the game for the average hunter, and that’s where the .25/06 shines. High B.C., heavy-for-caliber bullets weren’t widely popular until relatively recently, and the .25/06 came from an era where speed was the key to going long. Without easily adjustable scopes to compensate for bullet drop, the faster and flatter a bullet could be pushed, the easier it was to shoot at longer distances. There were many great wildcats and production cartridges, but the .25/06 earned itself a place in the hearts of many western big-game hunters.

Is the Creedmoor really any better?

The end of my nearly exclusive use of that rifle ironically coincided with the first production hunting rifle chambered in 6.5 Creedmoor that I could find back in 2013, a Ruger Hawkeye. It was also about the time I started using custom dials on most of my scopes. As a competitive shooter, I recognized some of the benefits that the 6.5 CM brings to the table. I was also just itching to try something new. That’s really it. I think for the average hunter, the .25/06 is still better in some ways.

If the .25/06 is under-appreciated, the 6.5 CM is certainly over-appreciated, right? After all, it’s not just quarter-bore shooters who will knock the 6.5 CM. It seems that everyone who doesn’t shoot it seems to want bash the 6.5 CM. Some of the criticism around the 6.5 CM is just silly. Just spend some time shooting the 6.5 CM or the 6.5 PRC (which is gaining popularity quickly) and then switch back to shooting .308’s and .30/06’s. You’ll feel like you’re throwing bricks downrange—and your shoulder will feel it too.

However, that’s not really the case with the .25/06 when it comes to practical hunting situations for most folks. Sure, the 6.5 CM eventually pulls away from the .25/06 in a few ways, but at distances that are beyond ethical for most hunters. The .25/06 has always been fast and deadly, and many shooters who weren’t brought up with it don’t know what they’re missing. It consumes more powder than the 6.5 CM but is faster and flatter across most practical hunting distances.

For big game, a good bullet that will hold together is vital, and with the .25/06 my favorite was always the Nosler 110-grain Accubond. The 117-grain Hornady SST was a close second. The 110-grain Accubond is still one of the best choices out there, and the .25/06 can drive it at nearly 3,300 feet per second—although 3,085 is probably a more realistic average for most rifles. My favorite bullet for the 6.5 CM is the Hornady 143-grain ELDX, and a handload at 2,675 fps for my Winchester XPR has killed more sheep and caribou than climate change.

Read Next: The Best Deer Hunting Rifles of 2022

The 143-grain 6.5mm bullet has a much higher B.C., but the speed of a 110-grain Accubond at 3,085 fps gives the .25/06 a flatter trajectory to 1,000 yards. It also has a higher velocity out to about 550 yards. It still hangs onto a 2,000-fps velocity at 500 yards—farther than most hunters should ever be shooting at game anyway—and wind deflection is only slightly more. It’s arguable that the average deer hunter whose shots are at reasonable distances is better-off choosing the .25/06 over the 6.5 CM by the numbers. It also doesn’t hurt that ammo for the .25/06 was still on many store shelves throughout the entire pandemic.

It’s impossible to say whether the .25/06 is conclusively the most under-appreciated cartridge of our time, but I feel that just about anyone who really gives it a chance would be impressed by what the innocuous cartridge will do. Being caught between the bullet selections of the 6mm and 6.5mm cartridges doesn’t do the .25/06 any favors. I also know that there are some quarter bores out there that are faster, but it’s not always about being the fastest. The .25/06 Remington won hearts by being a simple, fast, accurate, and light-recoiling cartridge. It still is, and it could certainly use some more respect.