Fastest .30-Caliber Rifle Cartridge in the World: The .30-378 Weatherby Magnum 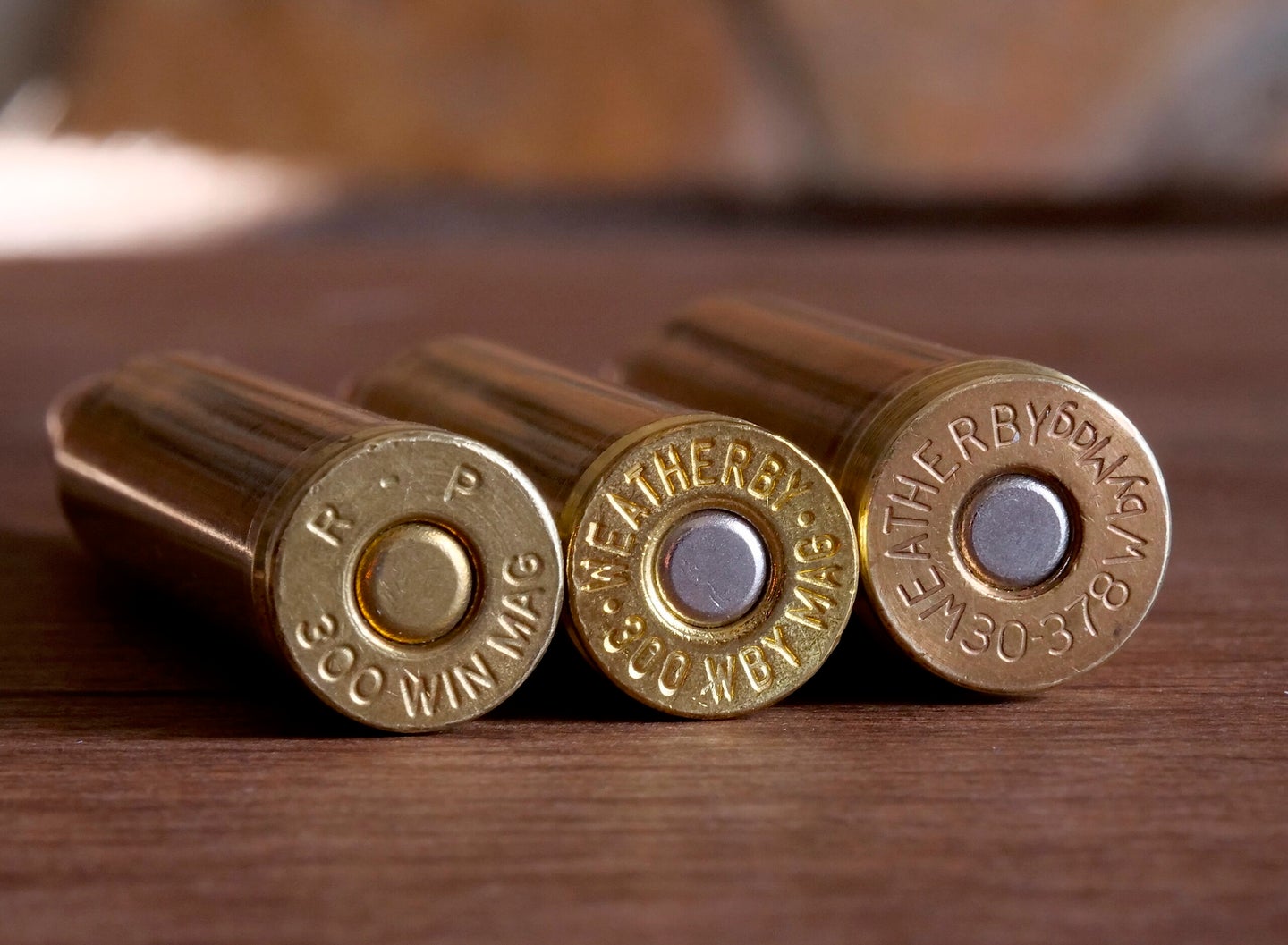 Barrel burnout with the .30-378 happens much more quickly compared to other 30-caliber loads. Ron Spomer
SHARE

This is not your granddad’s deer cartridge. But it was Adam Weatherby’s grandpa’s military test cartridge. Adam is the current CEO of Weatherby, Inc., a family-owned rifle manufacturing company that claims title to “fastest and most powerful commercial cartridge” for many calibers from 24 to 45. His grandfather, Roy Weatherby, was the creative wildcatter who invented the Weatherby mystique.

The .30-378 emerged in 1959 when Roy reduced the neck diameter of his massive .378 Weatherby Magnum cartridge (think elephants) to grip a .308-inch diameter bullet. Roy was hoping he could answer the U.S. military’s request for a light projectile hitting 6,000 fps. The best Roy could do with powders of the day was slightly more than 5,000 fps.

Wildcatters didn’t need 6,000 fps for the 1,000-yard benchrest shooting they were indulging. They just needed as much muzzle velocity as they could safely and sanely get for delivering long, heavy, high B.C. bullets into tiny clusters. They thought the necked-down .378 Wby. could do the job (it did). In 1987 Earl Chronister parked nine bullets from his custom .30-378 Wby. Mag. into a 3.125-inch circle at 1,000 yards. His tenth shot opened the group to 4.375 inches, still tight enough to stand as the world record.

The Fastest .30-Caliber Bullet Also Comes With Plenty of Recoil

Here again recoil rears its ugly head. Pushing that 220-grain slug at 3,100 fps from an 8-pound sporting rifle penalizes you with 62 foot-pounds of recoil.

Zero dead on at 300 yards and peak trajectory creeps just over 4 inches above line-of-sight at 175 yards and doesn’t fall below line-of-sight until 355 yards. The 4,695 foot-pounds of muzzle energy clings to slightly more than 1,500 foot-pounds clear out to 1,000 yards. At that distance, bullet velocity is still some 700 fps above the speed of sound. No worries about wonky bullet flight characteristics in the transonic range with this baby. No wonder extreme range target shooters love it.

Let’s not forget about wind deflection. With this load, a 10 mph right angle wind will nudge that 220-grain bullet just 4 inches at 300 yards; only 12 inches at 500 yards. That makes targets a lot easier to hit in variable winds.

In addition to heavy recoil, there is the issue of compromised bullet performance with the .30-378. As most hunters know, frangible cup/core bullets tend to come apart at high impact velocities. The solution is easy. Just shoot homogenous alloy bullets such as Barnes TTSX or Hammer Hunters. They’ll stand up to the hardest hits inside of 300 yards. But what happens as velocities drop at extended ranges? Here there is potential for limited expansion. But that issue applies to virtually any cartridge spitting these harder, controlled expansion bullets. Every bullet has its expansion characteristics compromised by more or less velocity. Shoot a softer, more expandable bullet such as a bonded lead core and it’s liable to shed 50 percent or more of its weight during high velocity impacts like the 2,664 fps our 220-grain will still be hammering at 300 yards.

The challenge, then, is matching .30-378 Weatherby Magnum to the game, the bullet, and the anticipated range at impact. But then isn’t that the challenge with any cartridge? Run a .30-30 Winchester and you surely don’t need to worry about bullet performance at 400 yards. Shoot a .30/06 instead and you still risk excessive expansion at 150 yards, insufficient at 500 yards. Truly there is no easy answer short of limiting your game shots to the distances and impact velocities at which your chosen bullet is designed to perform optimally. The .30-378 Wby. Mag. just gives you more options than any other 30-caliber.

There is one additional .30-378 challenge you don’t face with a .30/06 Springfield or .308 Winchester — barrel burnout. Barrels “burn” (or more precisely crack and erode) at the throat where the flame from the burning powder is hottest. Expanding and contracting of the steel leads to the rifling lands crumbling like an old concrete sidewalk. Many .30-378s erode throats enough to ruin accuracy in as few as 600 shots. This can be minimized to a degree by avoiding multiple shots through an already hot barrel. Cleaning, polishing, and conditioning can help by eliminating or filling any tiny holes or cracks that would otherwise enlarge with additional shots.