Quality of bearings is what drives performance. 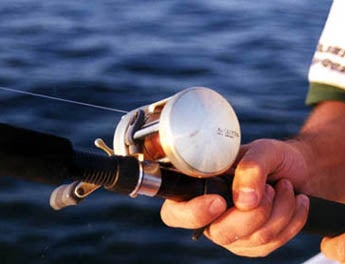 Watch a typical fisherman shop for reels: He clicks a bait-caster’s spool release, spins the spool and sees how long it whirls. Smooth. He grabs a spinning reel, cranks its handle hard and then lets it go. The handle twirls around a few revolutions. Nice. Then the angler compares the specs of a couple of spinning reels he likes. One spinning reel has 10 ball bearings, another 4. And then he’s flabbergasted by the asking prices. The 10-ball-bearing job costs 30 bucks, but the tag on the 4-ball-bearing reel reads $75. What’s wrong with this picture?

I’ll tell you: Buying a reel based on store feel and the number of bearings it has is about like buying a new truck based solely on what its tires feel like when you kick them. Use that silky bargain-priced spinning reel loaded with bearings to crank in some big lures or heavy fish, expose it to brackish water for a few days, and soon it will be making sounds about as pleasant as the sound of a dentist’s drill.

A reel is full of moving parts, and everything works together. Bearing quality and placement, in conjunction with fine gears, truly governs reel performance and how long the reel lasts on the water. Adding lots of ball bearings to a reel might tweak smoothness and increase longevity a bit, but if they’re quality BBs, the price goes up. Where ball bearings go in a reel is much more important than how many there are overall. When I collared veteran industry experts from three top manufacturers, they agreed on basic ball-bearing placement-with a few minor variations. Here’s what Bill Liston of Daiwa, Jim McIntosh of Shakespeare and Jeremy Sweet of Shimano have to say.

Heart of a Spinning Reel
First, it’s critical to position a ball bearing beneath the rotor on the pinion gear. The rotor is that winglike rotating part on which the bail is mounted. “As you turn the reel handle, the line roller and bail keep the rotor under constant side pressure,” notes Liston. “A rotor bushing wears out quickly on most reels; a ball bearing holds up better because it can present a different surface to the side friction applied with each revolution.”

Another critical spot for a ball bearing is on the drive-gear shaft on which the handle is mounted. The drive gear is normally on the left side. “If the reel is set up for right-handers, with the handle on the left, a lot of lateral pressure will be applied while cranking,” says Jeremy Sweet.

“Logically, you’d put a third bearing on the other side of the drive shaft for more support,” adds Jim McIntosh.

Placement of that third bearing is subjective, according to Sweet. If it’s a worm-drive reel, the manufacturer might install a bearing with it, or under the line roller. “It depends on how the reel would test out with a bushing on the worm drive or line roller,” says Sweet. “Each individual body style dictates stress points differently.”[pagebreak]

A ball bearing beneath the line roller is desirable to reduce line wear and to lower stress on other parts under load, such as when cranking heavy diving baits or when big fish take line against the drag. “The line roller bearing obviously needs to be very small. It’s subjected to high rpm’s, so it must really be high quality,” adds McIntosh.

“Bearings also have been added to the tail end of the main shaft to help support it,” notes Liston. “You could add a couple more into the spool to keep it from cocking from side to side and help the drag run smoother.”

“Non-worm-drive reels with an oscillating-drive system could include a ball bearing behind the oscillating gear and you could add them to each handle knob,” says McIntosh.

Bait-Casters
Manufacturers typically position a ball bearing-or bushing-on the spool shaft’s left-hand side, then the right side. Another bearing might go under the cast-control cap. “That’ll give more support to the shaft and help improve spool opperation,” McIntosh adds. “But you’d better be using good bearings. A bait-caster builds up twenty to twenty-five thousand rpm during a cast.”

“Some of our reels test out better if we put a ball bearing on the drive-shaft base on the side opposite the handle,” says Sweet. “The handle side is where the one-way roller bearing will be.” Daiwa (Free Floating system) and Shimano (Super Free system) pioneered the use of pinion-gear ball bearings on their high-end bait-casters. This ball bearing supports the pinion gear so it doesn’t flop around and touch the spool shaft after you push the thumbar to put the reel in free spool. Obviously, the result is less friction and longer casts, presuming you don’t backlash.

Types of Bearings
The best bearings are made of a blend of steel and chromium. Sealed bearings are the least free-spinning but are advantageous in reels intended for trolling or deep jigging.

Shielded bearings with a stainless-steel protective cap around the race circumference keep sand or other crud from entering the bearings. They’re good for anglers who don’t spend much time on maintenance. Open bearings are the easiest to maintain if grit gets in and are the champs at free spinning.

A number of inexpensive reels will provide satisfactory performance for easy-duty freshwater fishing. Just don’t expect long life under hard fishing conditions or around salt water. You get what you pay for in today’s reels, but the nice thing is that cutting-edge technology is constantly trickling down into simpler reel models. As it does, prices drop. Today’s reels offer incredible value compared with the reels available 10 years ago.