The votes are in and—no surprises here—we deer hunters have our work cut out for us. After two days of... 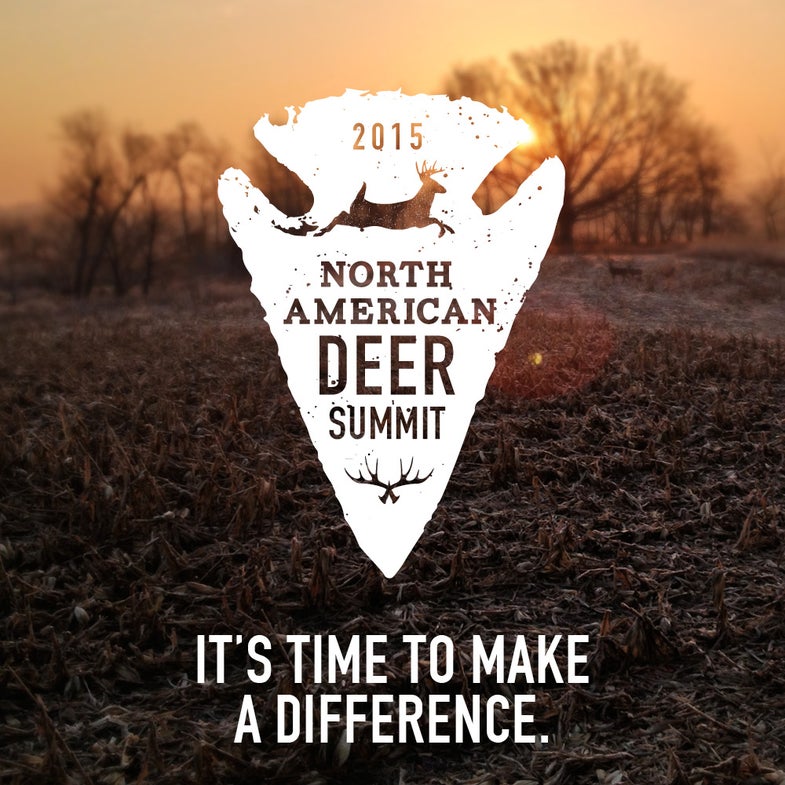 The votes are in and—no surprises here—we deer hunters have our work cut out for us.

After two days of presentations, panels, and debate, the participants at the 2015 North American Deer Summit honed in on five areas of primary concern facing deer hunters today. The culmination of the Summit on Friday morning required attendees to whittle down roughly 100 potential action items to a manageable chunk of 15 concrete objectives.

While these goals won’t preclude the National Deer Alliance from addressing strategies that didn’t make the cut, they will form the bulk of the NDA’s agenda in the next few years.

The fifteen remaining items are listed below in descending order of importance, as ranked by voters.

Hunter Recruitment & Retention
1. Petition “Council” for NDA to join
2. Capitalize on the positive image of hunters feeding the hungry
3. Summarize and disseminate contributions of hunters into big-picture conservation

Political Influences on Hunting
1. Advocate for scientific (rather than political) decision-making and advocate for wildlife agencies to remain authority in jurisdiction
2. Integrate grassroots action, develop a mechanism to easily contact legislators, as well as email alerts for hot issues
3. Get some political allies involved in the NDA, review successful models for advocacy (i.e. Sportsman’s Caucus and USSA), and possibly align with them and other similar organizations

Public Perception of Hunting
1. Promote the food and healthy lifestyle benefits of hunting
2. Start advertising campaigns to promote true values of hunting/make sure messages are tailored and delivered by and to traditional and non-traditional hunters.
3. Develop hunter code of conduct that builds a positive popular image (i.e. respectful photography, especially on social media)

A discussion followed the voting results during which NDA board members fielded questions from participants. The first question was addressed to the panel members who head QDMA, the Mule Deer Foundation, and Whitetails Unlimited: “Did you quickly identify in these topics something your organizations are already doing?”

While Whitetails Unlimited president Jeff Schinkton acknowledged that the organization already focuses on many of these topics (as did QDMA CEO Brian Murphy and Mule Deer Foundation President and CEO Miles Morretti) he also noted that WU needs more support.

As part of this big-picture goal for effecting meaningful change, the NDA plans to further define these newly-selected objectives before acting on them.

“One thing that’s going to be incumbent upon the NDA to do, now that we have this list, is to put some measurements on this: what defines success, what timelines are involved, who’s going to do it,” Murphy said. “A lot of these [action items] are fairly broad. We’re going to have to go back and put some meat on them before we start tackling them.”