Let’s Not Forget, the Midwest and South (Not the West) Are the Heartbeat of Hunting in America 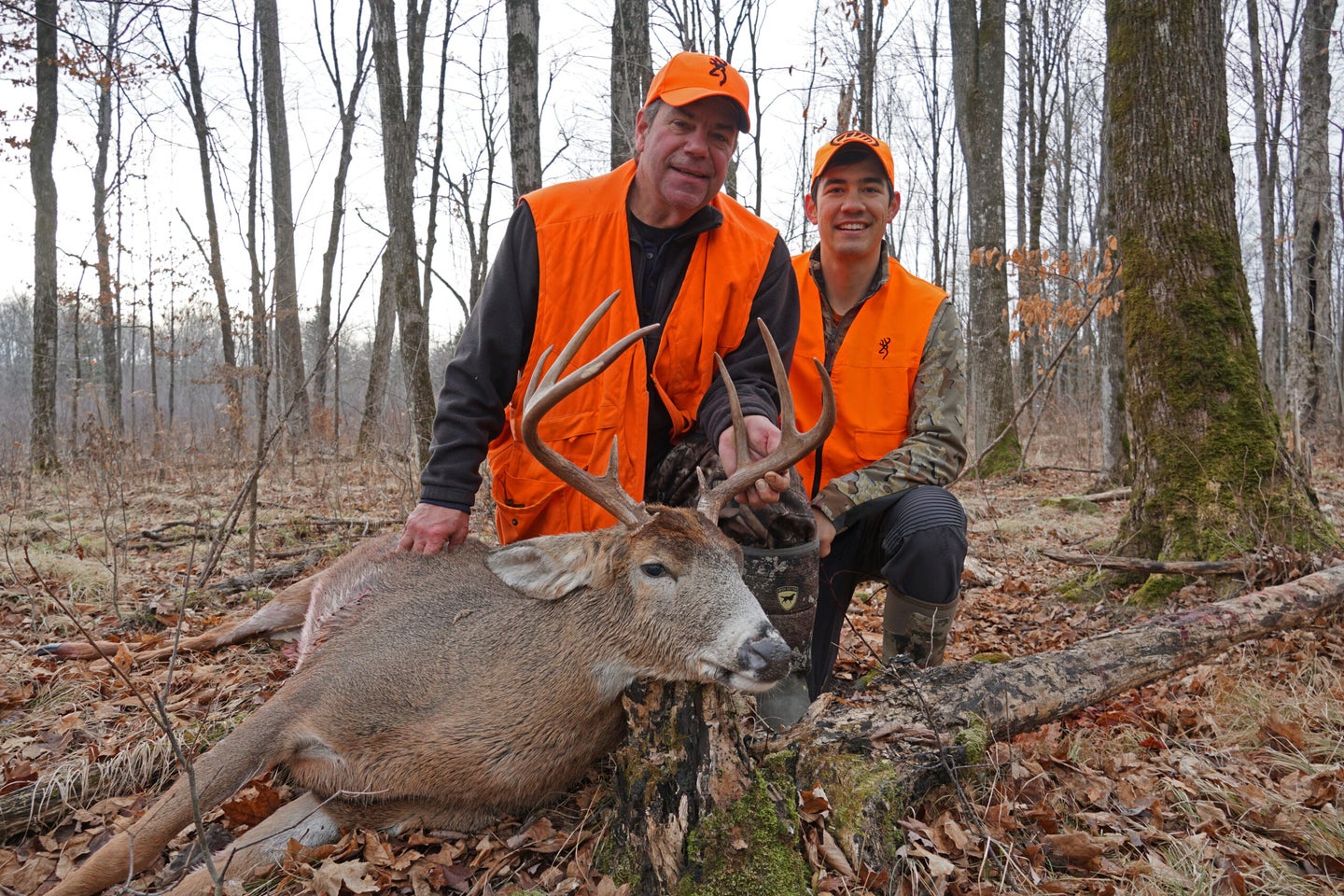 The author and his dad after a successful deer hunt in Wisconsin—a state that had 670,000 hunters in 2020. Alex Robinson
SHARE

Maybe you’ve read about the controversial proposed changes to Montana’s elk hunting season. Or maybe you’ve heard the Rinella brothers’ podcast episode in which they squared off over social media and hunter recruitment, among other things. Or, maybe you’re just a Western hunter who has had a harder time drawing big-game tags or finding public-hunting areas that aren’t crowded and you’ve taken to social media to gripe about it.

No matter where you live, if you’ve been tuned in to hunting media at all these last two years, you’ve been hit with themes about the increase in hunting during the COVID pandemic and how that increase could strain public lands and resources. But here’s the problem: Much of the commentary is about hunting in the West, where there are actually fewer hunters than any other region. There are far more hunters in the Southeast and Midwest. Here are some quick data points from the National Deer Association’s recently released Annual Deer Hunting Report.

So, if we’re going to talk about issues facing hunting on a national scale, we should begin with America’s hunting heartland, which means the Midwest and Southeast. In these regions, broadly speaking, hunting participation isn’t skyrocketing, despite what some stories might indicate. In fact, in many Midwestern and Southern states, hunting participation appears to still be on a long-term decline.

Hunter Numbers in the Midwest and South

Let’s look at the NDA Midwest regional data. I excluded North Dakota, which had an extreme change in deer hunters that was likely caused by new regulations or how the agency collected its data. The rest of the data in the report show that from 2016 to 2020, the total number of deer hunters in the Midwest decreased by 6 percent. The state-by-state breakdown looks like this:

Comparing the 2016 and 2020 seasons in the Southeast—and removing outlier data from Georgia, which had a suspiciously drastic decline—deer hunter numbers increased by 7 percent. The state-by-state breakdown looks like this:

For curious Pennsylvania deer hunters wondering, hey, what about the Northeast? the NDA report found a 7 percent decline in deer hunters in the Northeast from 2016 to 2020. Find the state-by-state breakdown here.

The Council to Advance Hunting and Shooting Sports issued a report last year that showed similar data, though it drew its regional boundaries slightly differently (Texas for example, was placed in the West, not the Southeast). CAHSS compared all 2019 hunting license sales to 2020 license sales and found a 1.2 percent increase in the Midwest and an 8.7 percent increase in the Southeast.

The takeaway here is that even though the number of overall hunters did grow in the Southeast and Midwest from 2019 to 2020, it wasn’t a dramatic increase across the board. And in the Midwest, the deer hunter number bump of 2020 didn’t surpass totals from just four years ago. Using the NDA’s numbers (with the outlier states removed) there’s a total loss of about 38,000 deer hunters in the Midwest and Southeast combined.

Hunting Increases in the West?

However, complaints about overcrowding aren’t generated from percentage points in a report. They come from Western hunters who are seeing more pressure in the field and having a harder time drawing tags in big-game lotteries as more and more people enter and drive up the number of preference points required to draw a tag. In other words: point creep. This issue isn’t new with the COVID-bump in hunting participation, it’s a problem that’s been festering for years. For example, in Colorado elk applications per license have almost doubled since 2005, according to a point-creep report PJ Delhomme wrote for Outdoor Life last year.

While point creep is a very real issue for Western hunters, it doesn’t represent what’s happening in America’s hunting core. Throughout the Midwest and Southeast, the vast majority of resident deer hunters can buy a tag over the counter, for whatever season they like.

Why the West Gets So Much Attention

And still, Western hunting seems to dominate the conversation around hunting participation, hunter recruitment, and overcrowding. That’s partially because the West holds the majority of the country’s public land and offers aspirational big-game hunts for critters you can’t find in the Midwest or South. When Minnesotans like me (blue-platers, as they call us) or Kentuckians travel for big-game hunts, there’s a good chance we’re pointing our trucks West.

But I think it’s also because there’s an disproportional amount of media coverage dedicated to Western hunting. Media mogul Steve Rinella based his MeatEater empire in Bozeman, Montana. Many of the top hunting social media influencers are Western based. When the embattled and widely popular podcast host Joe Rogan talks about hunting, it’s almost always bowhunting for elk. And this is not a new thing. Think about all the hunting show hosts from the South who you’ve seen chasing elk in New Mexico and Arizona in their Realtree or Mossy Oak camo. Remember all those magazine coverlines you’ve read over the years encouraging Midwestern and Southern hunters to Go West. Full disclosure: Outdoor Life’s hunting editor and shooting editors both live in Montana.

The West has always captured the imagination of America’s hunters, and it probably always will. The problem occurs when Western hunting issues are conflated with what’s happening on the ground in the Midwest and South. When the most popular hunting outlets and personalities are constantly writing, podcasting, and posting about busy trailheads and point creep, it skews the national conversation.

Plus, there was some bad journalism at work here. Many mainstream media outlets, big and small, reported a “spike” in hunting participation over the last two years, which indicates a sudden and extreme increase. For most states, that was not the case. The long-term national data on hunter numbers is a mess, but the general trend for most states in the Southeast and Midwest is this: There’s been a long decline in hunter participation for decades, during 2020 there was a meaningful uptick in first-time hunters compared to 2019, but this increase did not bring hunter numbers above the peaks of the past. That story, however, does not make for a sensational headline. It’s also too soon to tell if the uptick in new hunters will continue into the future.

“We’re just not quite sure yet,” says Kip Adams, NDA’s chief conservation officer. “There definitely had been that downward decline, then [in 2020] many states saw the bump up, but I think it remains to be seen if we can maintain that or not. We’ve, at least hopefully, bottomed out and are headed the other way … But we won’t know for another year or two if we’ve actually made up some ground [on hunter numbers].”

Why the Numbers Matter

Right now, wildlife agencies, critter organizations, and conservation groups are weighing how much effort and funding they should spend on hunter recruitment, retainment, and reactivation (R3) in the years ahead. What should be a complex national conversation often gets dumbed down to a simple question: “Do we need more hunters, or do we have too many hunters?”

The big takeaway from all this data is that we should discuss hunter numbers at a local level, just like we do with game populations. There are, undoubtedly, areas of the country that have too much hunting pressure to support a quality experience. There are also areas where hunter numbers, and hunting culture, is dwindling. We should all be working to introduce new hunters to experiences that are sustainable into the future, and we should also be pushing to grow hunting opportunities wherever we can get them. And that all starts in America’s hunting heartland.

Correction: The original version of this story included the incorrect percentage change of hunters in Tennessee from 2016 to 2020. That number has been corrected to +13%.