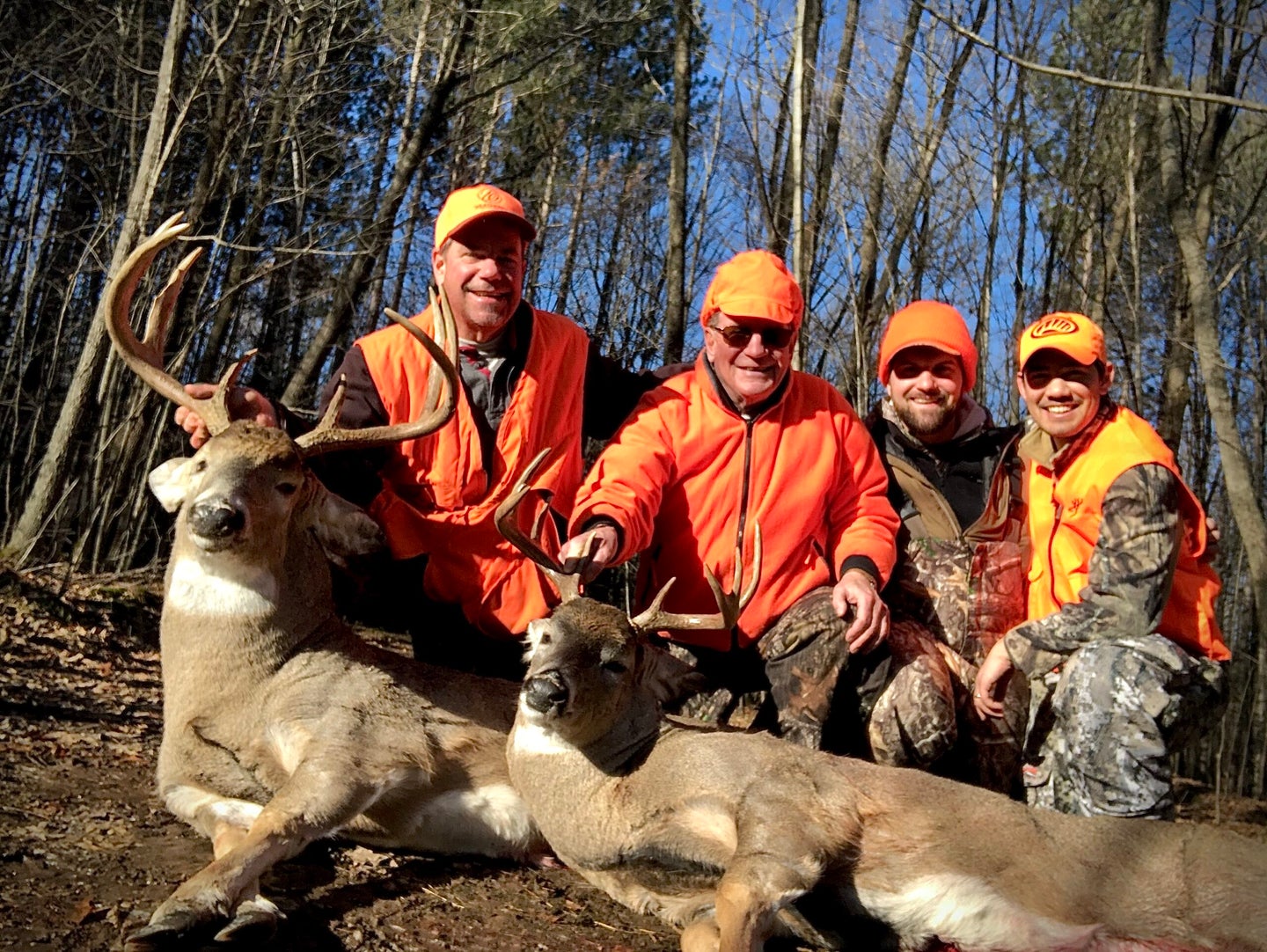 The author at his family deer camp. Alex Robinson
SHARE

Wisconsin deer hunters are traditionalists. I know this because I am one, and I’ve written about it proudly. I’ve hunted the state’s 9-day gun season every year since I was 12. In the Robinson family, opening day is our favorite holiday (Christmas is a distant second). And still, I know that some traditions need to evolve in order to be preserved. It seems that many of my fellow cheeseheads disagree.

In a survey last spring, the majority of Wisconsin residents opposed making changes to major hunting regulations, like expanding the 9-day gun season to increase hunter participation. A majority also opposed enacting a state-wide ban on baiting to help prevent the spread of chronic wasting disease.

This dedication to tradition would be fine, if deer hunting in Wisconsin was thriving. But it’s not.

Wisconsin hunters took 188,712 whitetails during the 2020 9-day gun season, which is up 12 percent from the previous year. But that harvest is down nine percent from the state’s 10-year average, according to the Milwaukee Journal Sentinel.

What’s more telling are license sales numbers. While many states reported hunting license sales increases last year due to COVID-19 (people had more time to hunt and there was renewed interest), Wisconsin saw an uptick of just .6 percent in firearms deer license sales from 2019 to 2020 (to 569,203 overall). While half a million hunters may seem like a lot, that number is substantially down from just two decades before: Wisconsin sold 694,712 gun deer licenses in 2000, according to the Wisconsin State Journal.

“Wisconsin will never again routinely sell over 650,000 gun-deer licenses like it did from 1984 through 2004,” longtime outdoor reporter Patrick Durkin wrote in 2016. (Durkin has been warning about a deer hunting decline in Wisconsin for years.)

If you’re reading those stats and thinking, Great, deer hunting is getting better for me because there’s less competition, then let me point you to some more stats. In National Deer Association’s recently-released Annual Deer Report, it’s clear that Wisconsin is trailing behind many top deer hunting states when it comes to hunting quality.

While many states, especially in the South, are seeing impressive harvest numbers for mature bucks (3.5 years and older), Wisconsin is still lagging. In Mississippi for example, 74 percent of the bucks harvested in 2019 were 3.5 years old or older; In Wisconsin, only 17 percent of harvested bucks were mature. That’s the lowest in the country (among the states that NDA had data for). Wisconsin also had the highest percentage of yearling bucks in the harvest (52 percent). To be fair, this is an improvement from two years ago when yearlings made up 65 percent of the buck harvest. But there’s no real trend of improvement here, either. While many states have decreased their harvest of yearling bucks since NDA started keeping track in the mid-2000s, Wisconsin has hovered around 50 percent yearling buck harvest. In short, Wisconsin hunters on average are shooting fewer old bucks and more yearling bucks than any other state in the country (although with CWD running rampant, this may actually be a good thing—more on this below).

But it’s not all about shooting a big buck, right? Any deer is a trophy. Well, Wisconsin also had the lowest percentage of successful deer hunters (25 percent) in 13 Midwestern states. The average in the region was 42 percent success (meaning on average, 42 percent of hunters shot at least one deer).

Then there’s chronic wasting disease. In general, Wisconsin lawmakers and hunters have pushed back against regulations that were designed to slow the spread of CWD. Now, you could make a good case that Wisconsin is the hotbed of CWD nationally, and it’s an example of how not to manage chronic wasting disease in a deer herd. In some areas of southern Wisconsin the CWD prevalence rate in mature bucks is a horrifying 50 percent.

I realize it’s imperfect science to compare deer data across states. Every state has unique habitat, deer herds, and hunting culture. For example, there are many areas in northern Wisconsin where antlerless tags are not available. So if a hunter wants to put meat in the freezer, he or she might be more likely to shoot a yearling buck versus a hunter in the South, where antlerless tags are widely available.

I also admit that I don’t have all the answers to the tough questions Wisconsin deer hunters are facing: Would a longer gun season make it easier for new hunters to get into the sport? Would an extended gun season give experienced hunters more opportunity to hold out for a more mature buck instead of tagging the first yearling to walk by? Would banning the use of bait actually help prevent the spread of CWD? I’m not sure. But I do know the answer to this question: What happens if we do nothing? That one’s easy. We’ll continue to see a decline in deer hunting in what has been one of the top whitetail states in the country.