The long-awaited ruling regarding allegations of false advertising by ALS, the manufacturer of Scent Lok clothing, has been issued in... 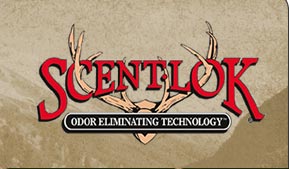 The long-awaited ruling regarding allegations of false advertising by ALS, the manufacturer of Scent Lok clothing, has been issued in U.S. Federal Court. The law firm of Heins, Mills & Olson issued this release on their website:

On May 13, 2010, United States Federal District Judge Kyle found that ALS, the manufacturer and seller of Scent Lok clothing, and Cabela’s and Gander Mountain, both of which sell Scent Lok and their own private-label clothing using Scent Lok technology, falsely advertised the ability of their Scent Lok clothing to eliminate odor. The Court found that “Defendants have published countless advertisements” almost all of which “utilize the slogans ‘odor-eliminating technology’ or ‘odor-eliminating clothing.'” The Court further found that the experts agreed that the Scent Lok clothing “cannot eliminate odor, even when new.” The Court held that all advertisements that used the words “odor-eliminating technology,” “odor-eliminating clothing,” “eliminates all types of odor,” “odor elimination,” “remove all odor,” “complete scent elimination,” “scent-free,” “works on 100% of your scent 100% of the time,” “all human scent,” “odor is eradicated,” and graphics demonstrating that human odor cannot escape the carbon-embedded fabric are all false statements as a matter of law. In addition, the Court found claims that the Scent Lok clothing could be “reactivated” to “like new” or “pristine” condition to be false as a matter of law.

The Court will issue an injunction to prevent Defendants from further false advertising.

Because the Court earlier denied Plaintiffs’ motion for class certification, Plaintiffs in the Minnesota case are only able to recover damages for their own purchases. However, the injunction against false advertising will benefit all future consumers of Scent Lok products in Minnesota.