A Recipe for Wild Turkey Enchiladas with Homemade Salsa Verde

Most of us have tried to eat duck legs or pheasant legs at some point, and found them tough and... 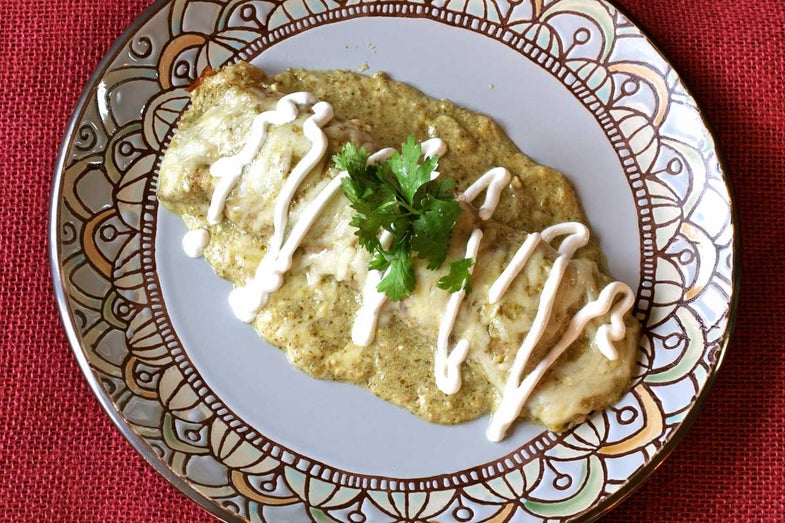 Most of us have tried to eat duck legs or pheasant legs at some point, and found them tough and full of tendons. Because of those experiences, many hunters won’t even bother with them, choosing instead to breast out their birds and toss the rest. But you’ve heard fellow Cast-Iron blogger Josh Dahlke wax poetic about turkey legs, and a while back I wrote about a technique known as confit, where you salt the leg and thigh portions of your wild game and then slowly cook them in fat. This method can turn the toughest of game birds into fall off the bone succulent meat that everyone can enjoy.

That said, not everyone has a couple of quarts of duck or goose fat lying around the house to make confit. So what then? What can we do with the legs and thighs of the birds we hunt? 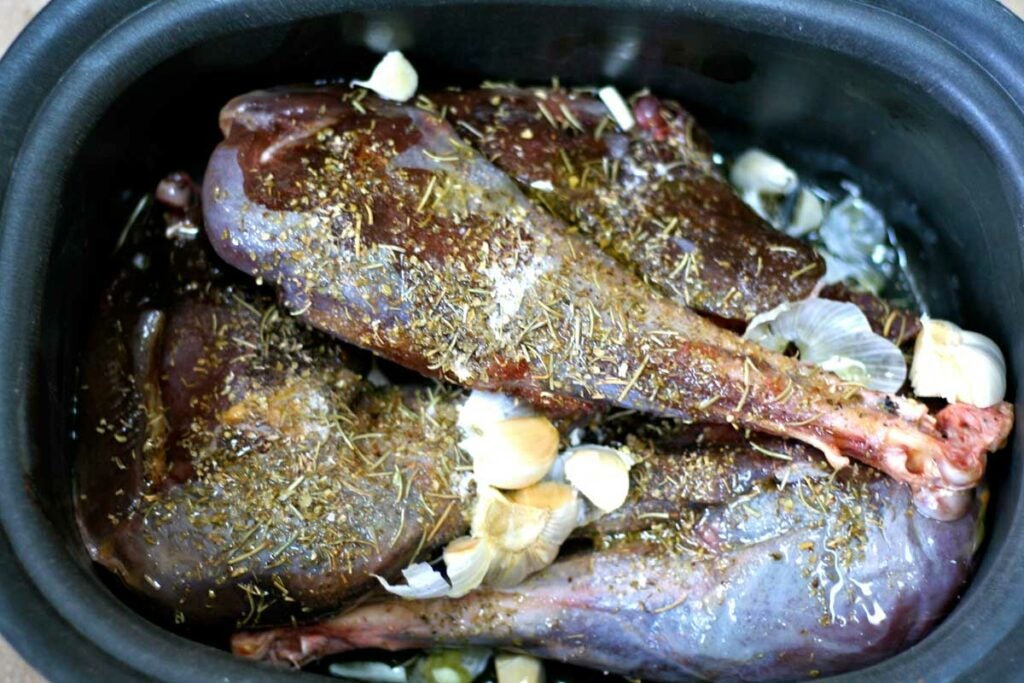 That’s what the Crock-Pot is for in my house. I recently got my hands on a bunch of wild turkey legs and thighs after Dahlke’s freezer mishap. His misfortune became my gain. I salted a few of them and cooked them using the confit method. The rest of them went into the crock pot with rosemany, oregano, garlic and chicken stock. After eight hours on low, the meat was falling off the bone. 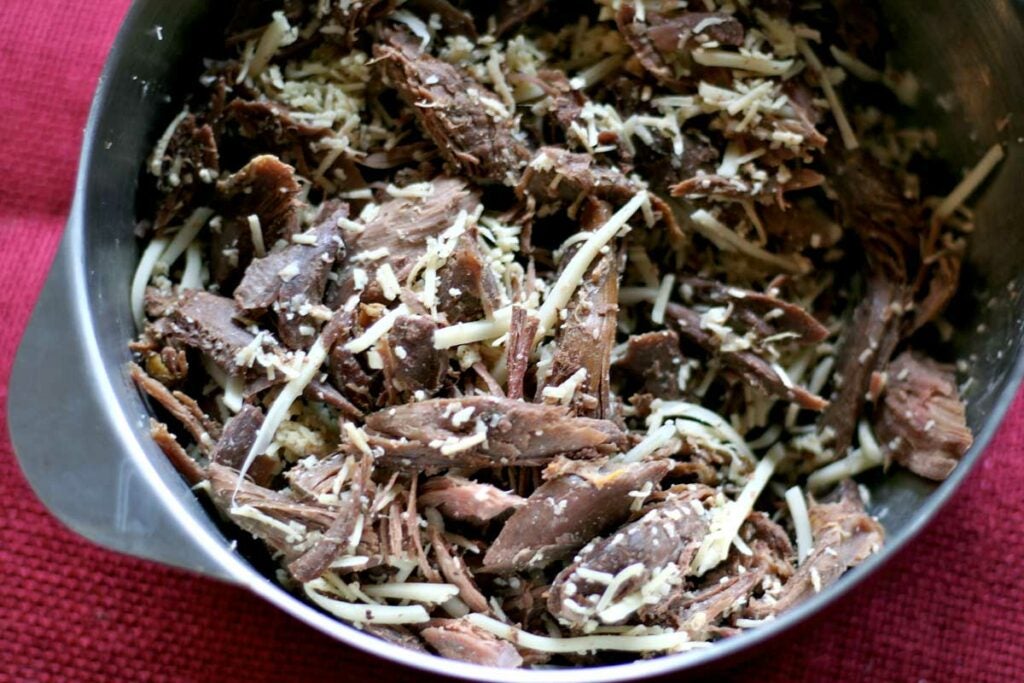 After slow-cooking the wild turkey legs, shred them and mix with cheese.

I shredded all that meat up and and ended up with about 3 pounds of shredded wild turkey. I added that meat to just about everything I cooked that week, substituting it for shredded chicken in a tortilla soup, adding it to cream cheese and smoked gouda and stuffing it inside bacon-wrapped jalapeños, and so on.

All of it was good, but nothing compared to the wild turkey enchiladas I made with my homemade tomatillo salsa verde. It’s a ridiculously simple recipe that turned into one of the best things I’ve eaten all year.

Combine the salsa verde and the sour cream in a sauce pan. Heat to a simmer for 5 minutes. Mix together the Swiss and gruyere, then take half the cheese mixture and stir it into the shredded turkey. Heat 1 cup of canola oil to 350 degrees in a large fry pan. Fry each tortilla for ten seconds, then drain and set aside. Pour half a cup of the sauce into the bottom of an 8×8 glass baking dish. Place a half cup of the turkey and cheese in the middle of a tortilla, then roll the tortilla. Place each tortilla in the glass baking dish until you fill the dish (you will need 2 8×8 pans for this). Pour more sauce over the enchiladas and top with the remaining cheese. Bake in the oven at 400 degrees for 20 minutes. Serve with sour cream and cilantro.