A gloomy, wet, cold snap hit home this week as the final days of spring turkey season are unfolding. The... 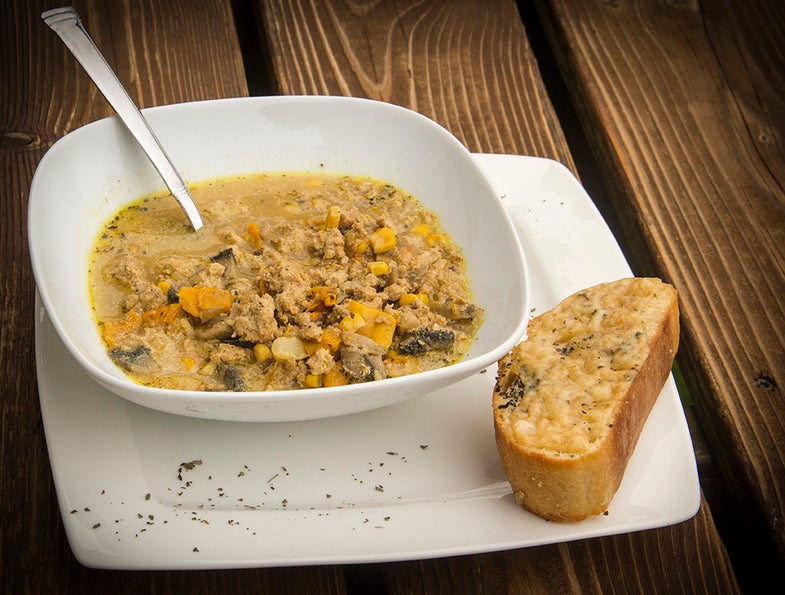 A gloomy, wet, cold snap hit home this week as the final days of spring turkey season are unfolding. The gobblers are still strutting their stuff in full force, but I’ve decided to give them a break from my gun momentarily and focus on eating the birds that I’ve already killed. Given the NETFLIX (and chill?) weather, I realized it was the perfect time to fire up a big, comforting batch of wild turkey chili.

White meat lends itself well to white chili, so that’s the angle I’m taking with this recipe. Instead of going the tomato-based route, the base of this hearty blend is something almost else as near and dear to me as wild turkeys—beer. So grab the ingredients, pop a top on a brew (plus an extra to sip during the cooking sesh) and get your chili on.

What You Will Need

It’s not the prettiest white chili on the planet, but my family judging panel agreed its personality won the show. Pair it with some thick-sliced, garlic-cheese ciabatta for dipping and you’ll earn bonus points.