Bowhunting Tips: Extend Your Lethal Range to Double Your Chances of Success

One of my all-time best bow bucks was arrowed just a few years ago, a Kansas brute that taught me... 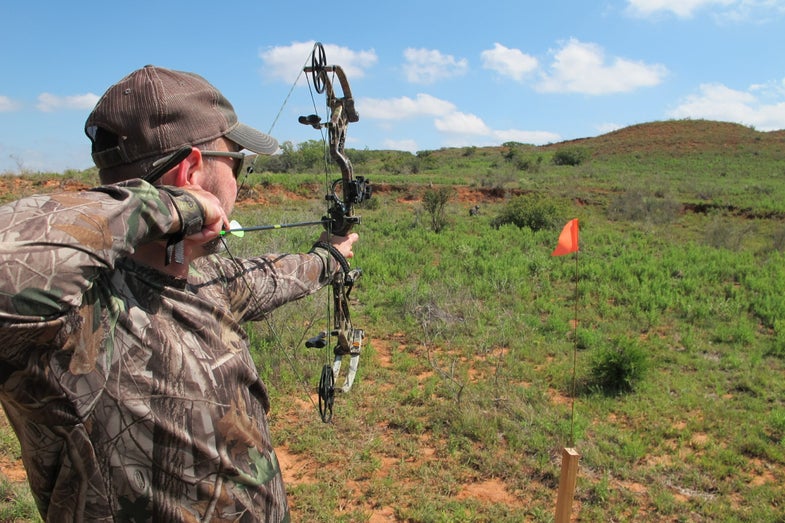 One of my all-time best bow bucks was arrowed just a few years ago, a Kansas brute that taught me a few different lessons. That deer is guaranteed to live on in my memory banks for several reasons. One being my arrow was launched just seconds after the heavy-beamed 10-point emitted a shockingly loud snort-wheeze—a vocalization I’ve heard just a handful of times in the field—as it took two steps toward a 140-class 8-point it was about to battle for dominance. Yowza. Reliving that amazing rut-charged scene still gives me goosebumps.

That unique mature-bucks encounter resulted in still more benefits. Even more satisfying than having a ringside seat to a bit of Ma Nature’s best was making a clean killing shot on the big 10 at exactly 36 yards—after consciously working that year to extend my effective range. Sure, by the time that mid-November hunt rolled around I’d been confident my goal had been met (after all, practice sessions don’t lie). Still, nothing beats in-the-field results. The kind of satisfaction felt as I drove home to Minnesota with that buck in the bed of my pickup simply can’t be bought.

Many bowhunters, especially whitetail hunters, go into the woods envisioning a very short-range shot. They practice at short ranges and set up their stand for a close-quarters encounter. And that’s all well and good; I’m a firm believer that bowhunting at its best is an in-your-face, point-blank game. That should be your goal. 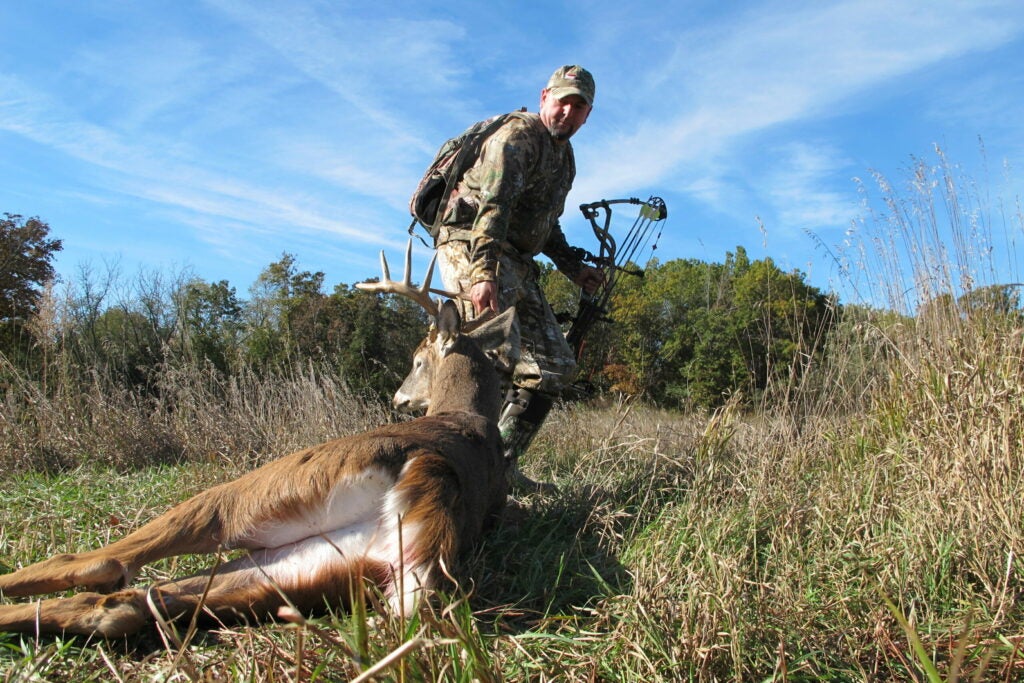 But how much would it boost your odds of success if you were to extend that range somewhat?

Let’s say your effective range is 20 yards, or that you have set up your stand so that you can shoot 20 yards in any direction. How much more area would you really be covering if you improved your shooting skills or arranged your stand so you could shoot out to 30 yards?

Most bowhunters are surprised to learn that extending their range from 20 to 30 yards actually more than doubles the amount of area they are covering. True story, and for proof, let’s take a look at the math. With a 20-yard shooting radius, you are covering a circle of 1,257 square yards. With a 30-yard radius, it’s 2,827 yards. Even if you can shoot over only part of the circle, you are still covering 2 ¼ times more area by being able to shoot accurately at 30 yards. If that’s not eye-opening, it should be.

Whether this exercise in math translates into more than doubling your chances of success depends on a variety of factors, such as whether you truly have attained 30-yard effective accuracy. Still, one benefit is nearly irrefutable. A deer in that 20- to 30-yard band is much less likely to detect you than it would within the original 20-yard circle—so your odds of success are that much greater.

You can compare area of coverage for any shooting range with the formula for the area of a circle:

Or, 3.14 multiplied by your shooting range squared. Or, if you’re math-averse, crunch the numbers with Google.

Need more motivation to extend your deadly bow range? A check of the Pope and Young Club whitetail records show that the average shot distance of all its many thousands of entries is 20.49 yards. However, whitetail entries in the Club’s latest, 29th recording period, averaged 22.22 yards. To me the increase speaks to the quality and increased efficiency of today’s high-tech equipment, a trend that seems likely to continue.

I’ll talk next week about specifically how to increase your effective range, thereby doubling the opportunity at arrowing a Pope and Young buck of your own.