As ubiquitous as it is in many regions of the country, black bear sign can be hugely confounding and hard... 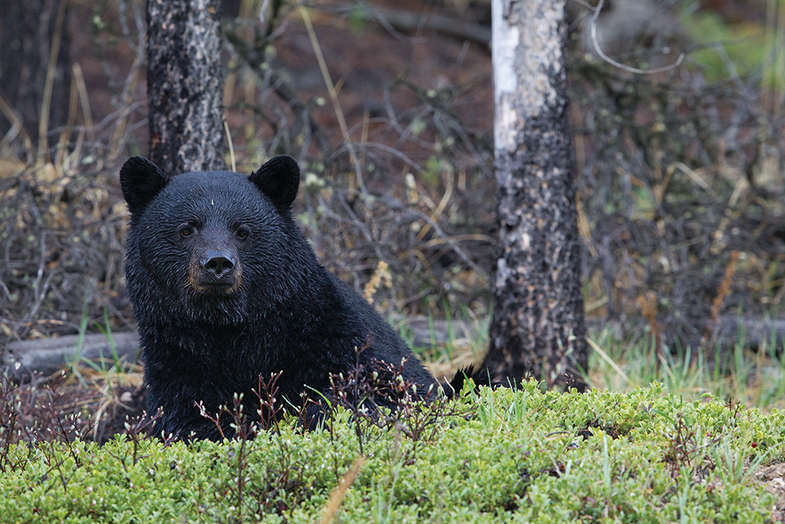 As ubiquitous as it is in many regions of the country, black bear sign can be hugely confounding and hard to interpret. Here are three bits of black bear evidence that many hunters overlook, but that are bona fide indicators of the presence of big bruins.

1) Locate Staging Areas
Whitetail hunters might be familiar with deer staging areas, but black bears have such hangout zones as well. Bears will often keep tabs on a feeding area from a safe distance—along a hilltop or a brush-covered ledge—for an hour or so before committing themselves to feeding in the open. Here, they will sit on their haunches testing the wind and listening for danger. They might even lie down on their belly like a dog, waiting for darkness to fall.

Look for matted-down grass, leaves, and piles of bear scat in varying degrees of dryness, ­indicating he is using this staging area on a regular day-to-day basis.

Set up in the afternoon, taking thermals into consideration.

2) Track a Boar
There are only a handful of sows entered into the Pope and Young record book. If you’ve set your sights on a book bear, you’ll more than likely need to concentrate on taking a boar. The most obvious sign that you have a record-book bruin in your midst is the width of the front paw print. The track of a mature black bear will measure 5 inches across the top of the pad. If its pad measures 7 inches or greater, chances are you’re on a bear with a skull that will measure 20 inches or more. The P&Y minimum is 18 inches.

Because boars typically have longer bodies than sows, take note of the spacing between tracks as well. The stride of an average bear is 18 to 19 inches. The gait of a walking mature boar, from the tip of his front paw to the heel of his rear pad, is considerably greater in distance than that of a mature sow. Overall, mature sows will measure approximately 60 inches or less from nose to tail. Shoot a boar that measures 80 inches or more and you’re looking at a candidate for Pope and Young.

Know, too, that a mature boar often walks pigeon-toed. That is, his front pads point inward toward the center of his body. Look for this sign where the bears have walked at least 25 yards or so in sand or soft earth.

Big boars have big bodies with barrel chests. If you draw a line down the center of their trail, you will see that the tracks of sows are much closer to that imaginary center line than those of a big boar.

3) Find a Nest
Understanding the seasonal food preferences of black bears is critical to hunting success, especially in states where baiting and hunting with hounds are illegal. Although bears are unrestrained feeders, they do leave behind some subtle tip-offs that you can use to both find fresh food sources and perhaps even judge a particular animal’s size. Just look up. In autumn, black bears will climb to the uppermost reaches of oak, beech, cherry, and big apple trees to scarf down ripened fruit. Typically, they will sit on a branch near the trunk of the tree and gather in nearby branches with their front paws, stripping off the fruit with their teeth. In so doing, they invariably break the small branches as they circle the trunk, leaving what appears to be a huge bird’s nest near the top of the tree. Also look for fresh claw marks on the tree trunk and fresh scat underneath the canopy to confirm your suspicions. Big bears leave sizable droppings.