Mark and Kyle Herr are two of the most successful metro-area big-buck hunters in the country. Here’s how they score season after season 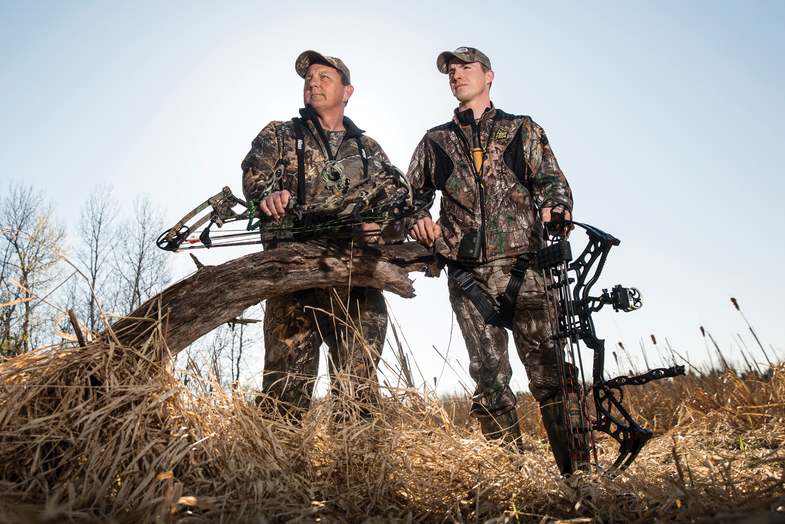 Big bucks lurking in the shadows of big cities have bedeviled many a bowhunter looking to collect their impressive headgear. Other hunters seem to have it figured out. Two experts in this intricate game are Mark Herr, 52, and his son Kyle, 32. Not only does this accomplished pair consistently bag ultra-wary mature suburban bucks, but they do it in the face of intense competition from the Minneapolis metro area’s 3.5 million outdoors-crazy residents. Talk about fighting the odds.

How do they do it? The unassuming Herrs believe one thing, above all else sets them apart: lots of good old-fashioned hard work. Here’s a peek at their refined system.

1. Look for Leads
“I talk to UPS drivers, police officers, the highway patrol—people who are in their vehicles at night a lot,” Mark says. “I’ll broach the subject of big bucks with virtually anyone who crosses my path. I’m always asking, ‘Do you hunt?’ ‘Have you seen any big deer in the area?’ Make this kind of networking a part of your life.”

2. Find the Right Property
“The number-one factor in whether a property will hold big bucks is security cover. Even relatively small tracts can provide this. Our favorite areas consist of thick cattail swamps—typically, the wetter they are, the better,” Mark says. “It’s simply not easy for humans to access these areas and get to the higher spots through the wettest areas. We’ve used chest waders to get to some places and have shot several deer with wet bellies­—both theirs and ours.”

THE BROADHEAD TEST: SEE HOW 29 POPULAR BROADHEADS STACK UP

3. Use Topo Maps
The Herrs consider topo maps to be indispensable, often using them to pinpoint stand sites. “I can’t tell you how many times we’ve done that and had them prove to be every bit as good as they looked on the topos” Mark says. “We like to set up in high-traffic areas. If there are five [high-ground] thickets in a nasty-thick cattail swamp that form an X, we will set up right at the intersection.” 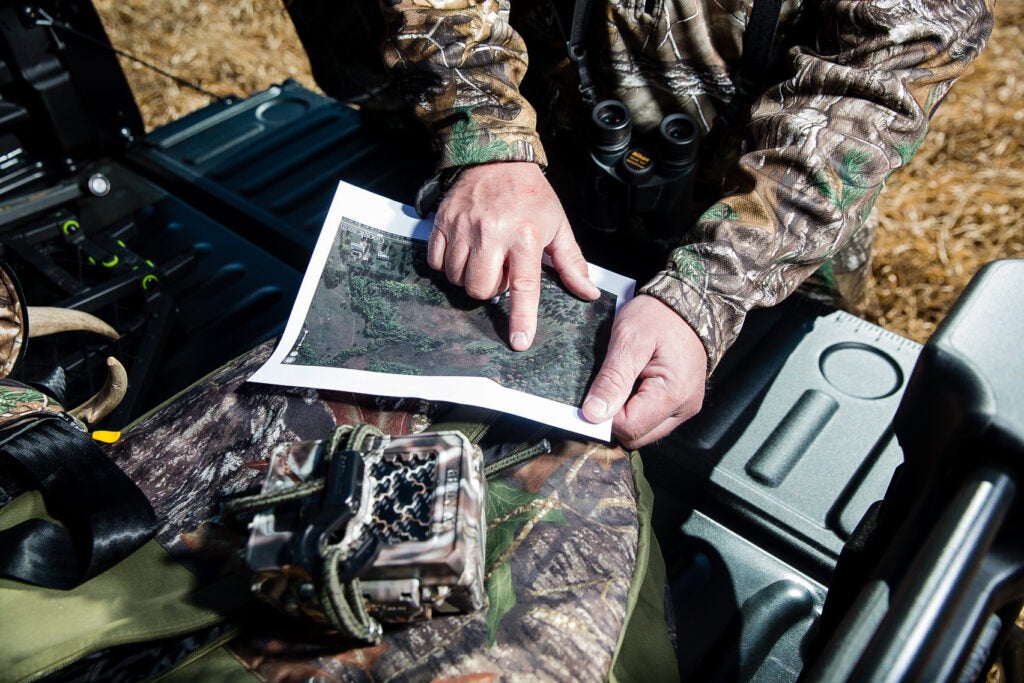 4. Be Persistent
“You’ve got to knock on a lot of doors,” Kyle says. “One of our best properties came after asking the landowner for access for eight consecutive years. By that time we’d developed a friendship. I pointed out that I regularly see road-killed deer lying along the property. Then I asked how three or four deer going to waste per year was acceptable, while letting us take one or two bucks was not? He needed to know we weren’t going to kill every deer we saw. We’ve since taken two monsters there.”

5. Invest in Game Cams
“Buy as many as you can afford to cover all your properties,” Mark says. “We start setting them out about July 1, and typically, by the start of the season [in mid-­September], we’ve located six to eight different shooter bucks.” 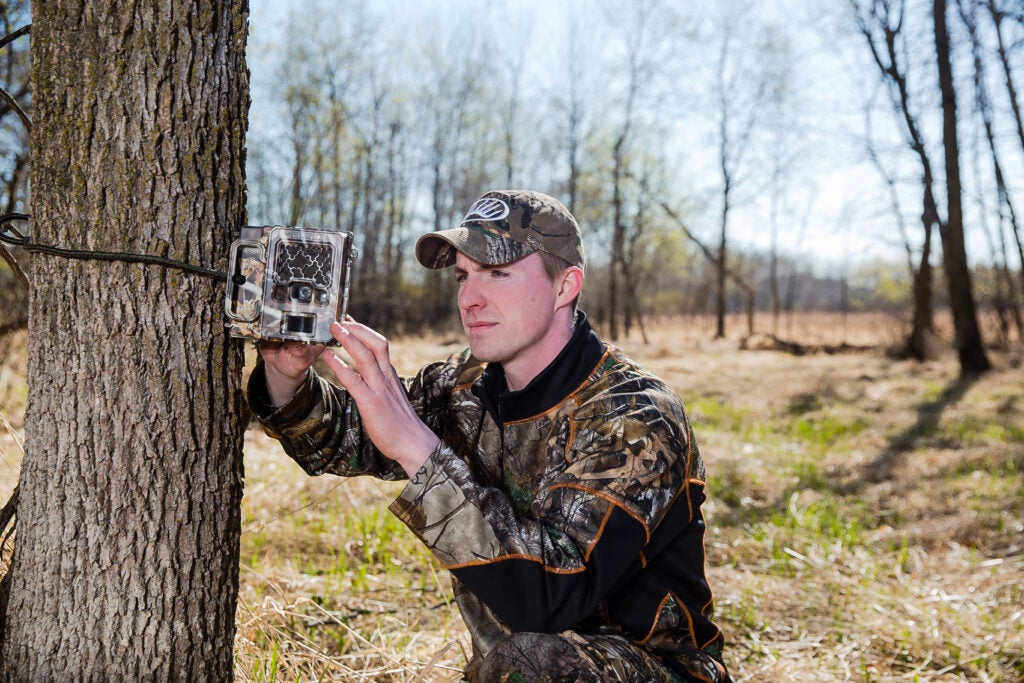 6. Consider the Food
“A lot of the time you won’t find feed fields anywhere near our best spots. Many metro bucks survive mostly on backyard feeders and acorns, which usually begin dropping around September 1,” Kyle says. “We’re always looking for areas where we can put in small food plots so that we can draw deer from miles around.”

7. Find the Cattail Connection
Minnesota may be known as the Land of 10,000 Lakes, but it also holds something like 30 million cattail sloughs, which can seem to proliferate in nearly every acre of the state. The swampy areas offer deer ideal security cover even while houses virtually line the high ground around them.

“Those big deer feel so secure where the marsh edges meet the woods, and that’s right where we shoot most of our big bucks,” Mark says. “The bucks seem to linger there right at last light. And I’m hunting right at that edge, looking out over the tops of the cattails. We’ve learned that you must have lanes trimmed out through that edge or you likely won’t get a shot.” 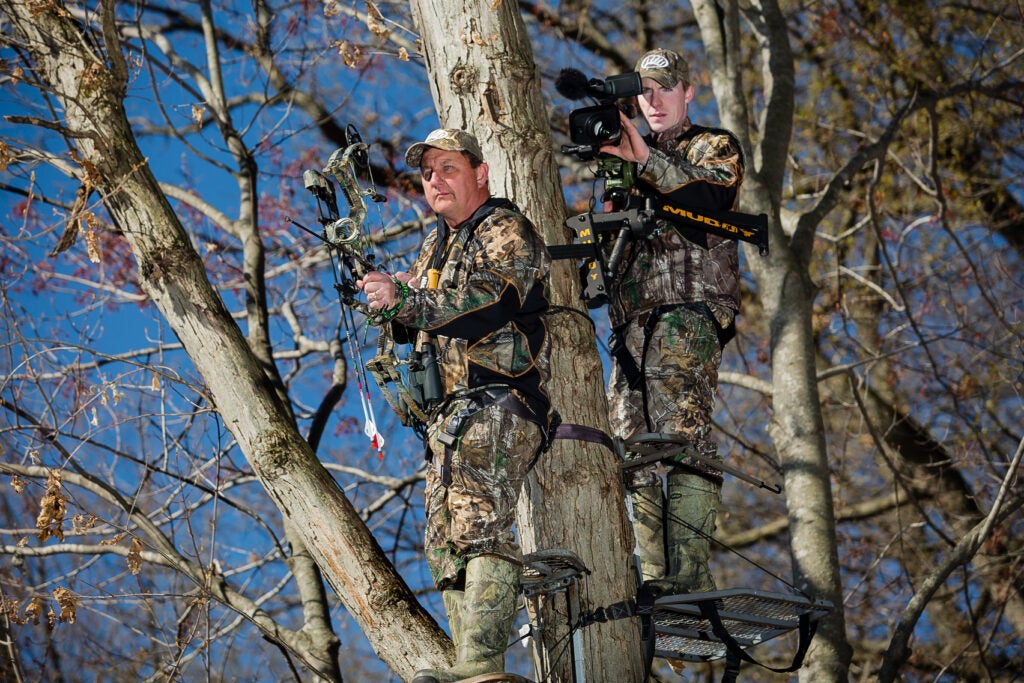 8. Put Your Stands Where They’ll Deliver
“Our ideal stand height is 18 feet, but sometimes we have to work with what we have. I shot a 165-inch buck when I was just 8 feet off the ground, and there were two of us in the tree,” Mark says. “I shot another big deer—172 inches—when I was only 6 feet up. I was just high enough to get above the cattails. Just because a spot doesn’t have an ideal setup doesn’t mean you shouldn’t hunt it. If an area is holding big deer, you’ve got to think it through and figure out a way to make it happen.”

9. Play the Wind
“A few years ago, when we started setting our stands where the wind is almost always in the deer’s favor, we started seeing a lot more big bucks,” Mark explains. “We’ve found that the better, mature deer will typically travel somewhat crosswind. We work hard to find their preferred trails, and in most cases, we’re setting stands so our scent is missing those trails by only 15 or 20 degrees. It’s kind of a risky tactic, but it’s led to some of our biggest deer. It also means that when the wind suddenly switches or starts to swirl, we have to back out of there.”

10. Lead Them to Lanes
“Sometimes, in very thick areas, we’ll go in with a brush hog and cut short trails, not for our use but for the deer,” Kyle says. “If you make some short, strategic trails in the thickest, nastiest stuff, the deer seem to use them.”

12. Use Aggressive Calling
“A lot people are surprised to learn how often we rattle, and how effective it can be.,” Mark says. “In a lot of our areas, we know that very big deer can be very close to our stands, and we often blind rattle. At the right time, rattling can work like a charm.”

13. Sacrifice for Success
“You’ve got to make sacrifices to kill big bucks,” Mark says. “Some of our properties hold ponds that are ideal for waterfowling. We could shoot a ton of ducks and geese off them, but that just isn’t smart when you’re hunting big bucks.” 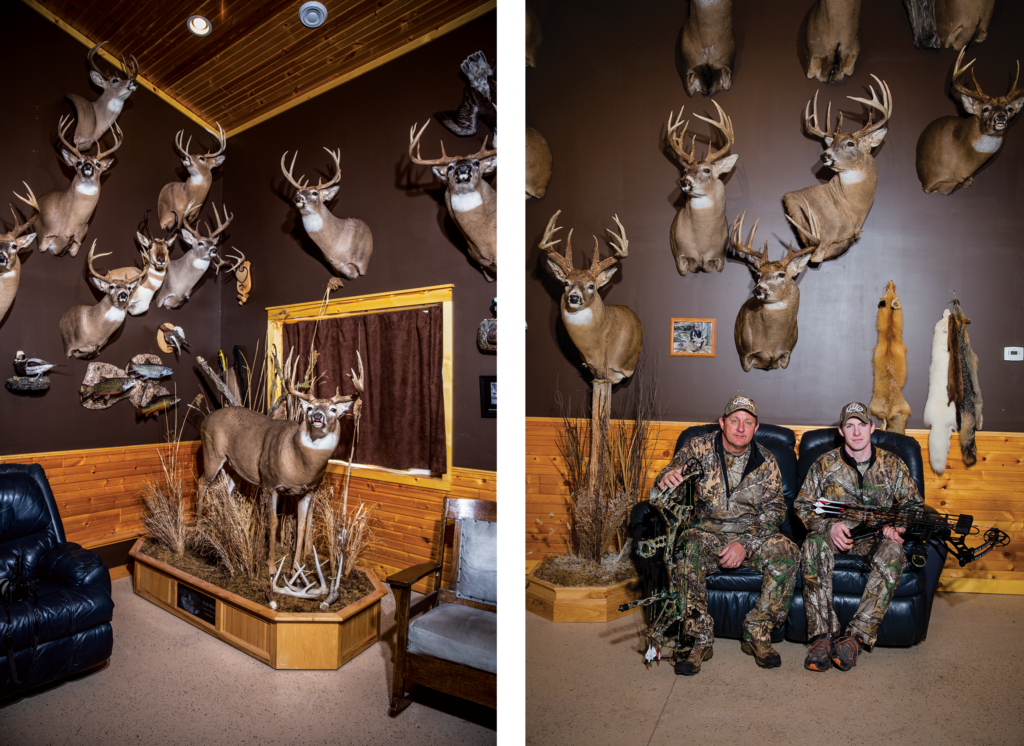 15. Meet Metro Challenges
“It’s kind of sad, but these days we have to hide our vehicles so people don’t know where and when we’re hunting. I guess word has gotten out,” Mark says. “We’ve also had treestands and game cameras stolen, and we have to deal with trespassers from time to time. All are reasons to have as many properties as possible. When one doesn’t pan out, you can simply jump to another.