Two of the Best Flounder Rigs

The top flounder rigs get tested 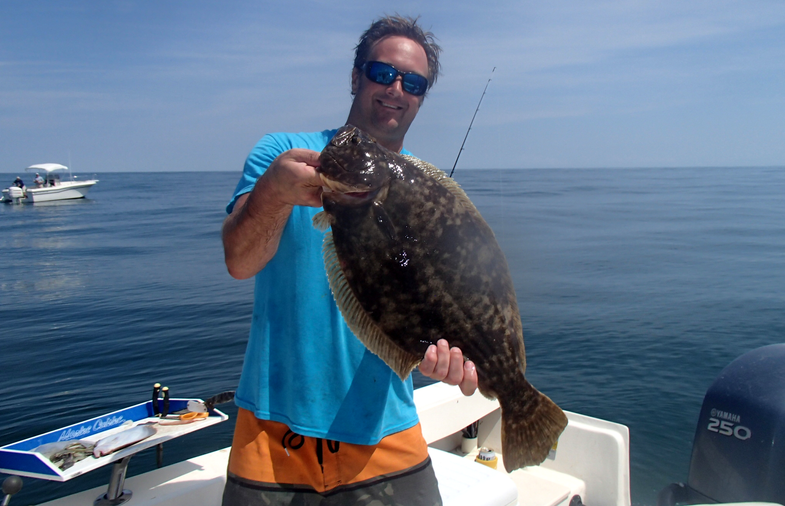 This month Captain Sean Reilly and I put forth a gentleman’s bet: who had the better method for catching doormat flounder? Seas were calm at 1 to 2 feet when we began drifting the Atlantic City reef off New Jersey. Reilly stuck to using bucktails, I stayed with dropping strip baits. We had a dead sea to start, and Reilly was on the board quickly with a six-pounder. But at a moment’s notice, the drift quickly picked up, and my strip bait found its mark with a 6.3-pounder. We also put another 10 fluke up to 6 pounds in the ice box, so all in all, we both won out. Here’s how to work both methods to put doormats in the cooler.

Bucktails on slow drifts
Depths from 25 to 100 feet require bucktails of 2 to 6 ounces. Tip the bucktail with a strip of bluefish, sea robin or mackerel. When a drift is dead or moving at 1 knot or slower, drop the bucktail down to the bottom and slow tap it off the seafloor. To incite even more strikes, tie a dropper loop 16 inches above the bucktail and attach a 3/0 streamer teaser tipped with a 3-inch Berkeley Gulp! Swimming Mullet grub.

Strip baits on quick drifts
When drifts get cranking of 2 knots or faster, drop strip baits down. A long, ½-inch by 8 to 12-inch strip of flounder belly, albacore belly, sea robin or bluefish strip will undulate enticingly with the moving current. Hook the strip once through the tip with a size 3/0 Octopus hook and use a fishfinder slide rig to allow the fluke to pick up the bait with no resistance. Always be paying out line to insure that you are holding bottom.

As northern flounder season wraps up in the New England states, the Mid-Atlantic, Florida and Gulf states still have flounder pounding opportunity throughout the winter. Captain Glyn Austin of Goin’ Coastal charters, Sebastian Inlet, Florida states, “The flounder bite is the hottest right now, and it will last well into the mid-fall months. I recently talked to commercial guys that have been spearing hundreds of pounds of flounder off the wrecks on a daily basis, so you know they are so thick the grounds. Plus, they’ve all been large caliber fish of 4 to 10 pounds.” How’s that for motivation? 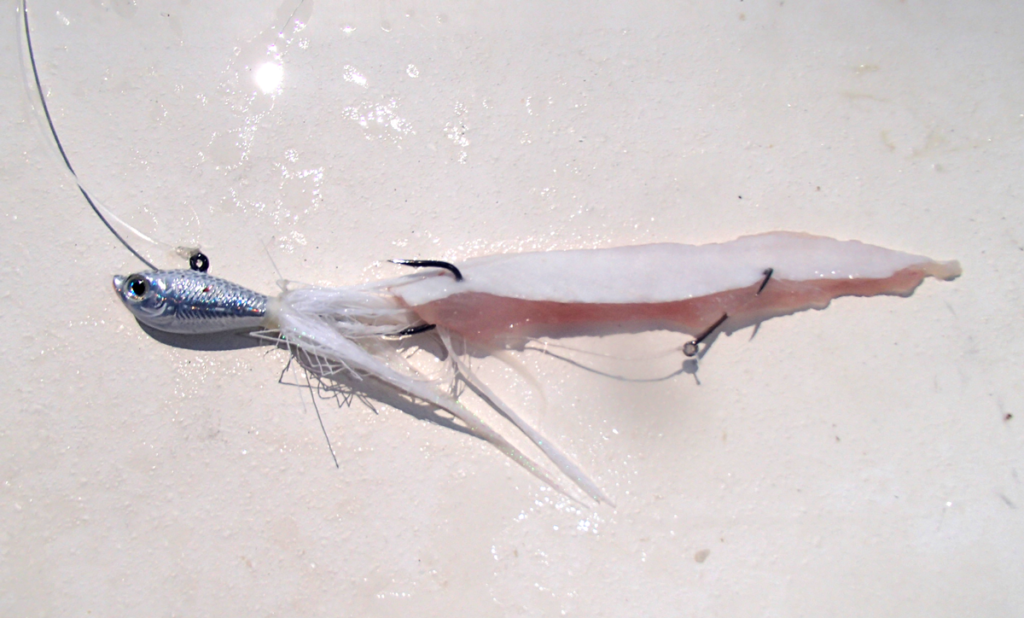