The Best Lures of The Bassmaster Classic

When it came to putting big fish in the boat on the last day of the Classic, the pros threw their go-to baits. These are the bass lures that got the job done 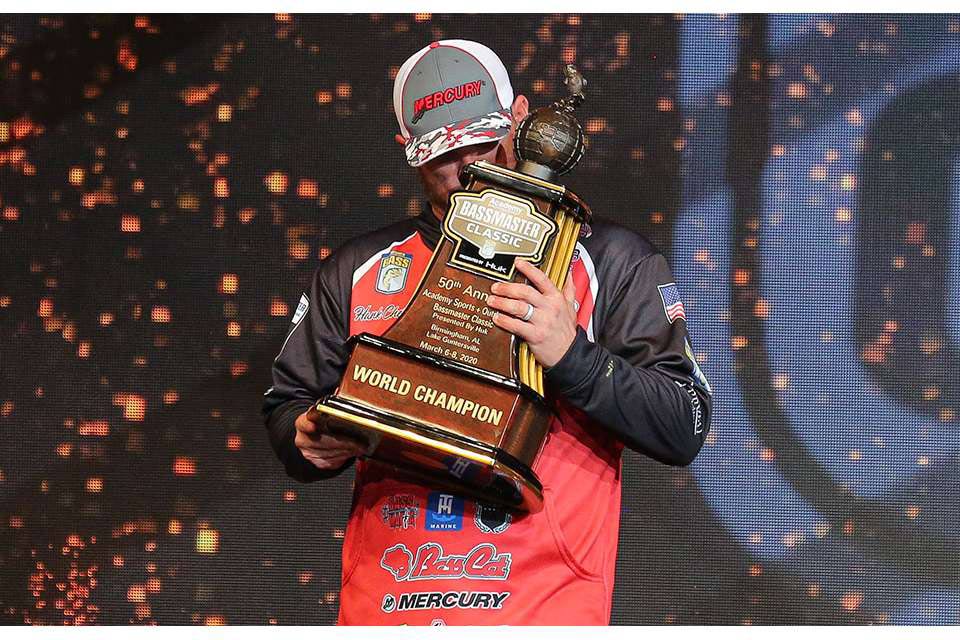 Alabama’s Lake Guntersville put on a show at the 50th Bassmaster Classic. The 53 anglers spent the week dealing with rain, dingy water, and post-front conditions. You wouldn’t expect anything less at bass fishing’s world championship.

At the end of three intense days of competitive fishing, Hank Cherry, who came close to hoisting the Classic trophy in 2013, won the ultimate prize in bass fishing. Here were his lure choices and those of the other top finishers in fishing’s greatest event.

Jason Williamson relied on a trio of lures. A 3/8-ounce, Z-Man Evergreen Chatterbait Jack Hammer with Zoom Super Fluke was a top choice. So was a 1/2-ounce Buckeye Lures Mop Jig. He also used a 1/2-ounce Booyah One Knocker.

Read Next: Full Coverage from the Bassmaster Classic

A pair of 1/2-ounce Z-Man Evergreen Chatterbait Jack Hammers were the lures of choice for Matt Herren. He also used a 1/2-ounce XCalibur Xr50 Rattle Bait (not pictured)

Brandon Card focused on reaction baits and jigs for his finish. A Yo-Zuri 3DB Jerkbait and 1/2-ounce unnamed jig with Yamamoto Double Tail were top picks for Card.

John Crews made a run at the Classic title by fishing shallow pre-spawn staging areas on Lake Guntersville.

Micah Frazier used a new lure that was ideal for the chilly pre-spawn conditions on Lake Guntersville. A 1/2-ounce Booyah One Knocker and the new Norman Speed N were his top performers. The Speed N will be officially released in July at the ICAST industry trade show.

Stetson Blaylock found success targeting largemouths migrating toward the spawning areas on Lake Guntersville. The new Norman Speed ‘N Crankbait retrofitted with Gamakatsu G-Finesse Treble Hooks was a key fish catcher for Blaylock. So was a 1/2-ounce Booyah One Knocker with the same hooks.