Register a Resounding ‘NO’ for Traver as ATF Chief

As of April 1, there was no schedule for anti-gun zealot Andrew Traver to appear before the Senate Judiciary Committee... 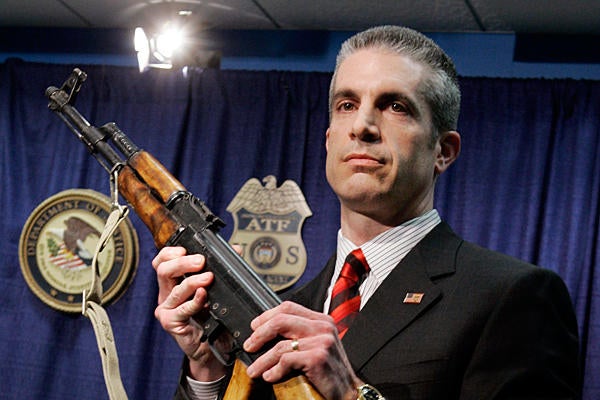 As of April 1, there was no schedule for anti-gun zealot Andrew Traver to appear before the Senate Judiciary Committee to be confirmed as director of the Bureau of Alcohol, Tobacco, Firearms, and Explosives.

But Second Amendment advocates and conservatives far and wide are clanging the alarm bells, signaling that now — right now — is a good time to contact your U.S. Representatives and Senators to register a resounding “NO” to his confirmation.

There is plenty to be alarmed about regarding Traver.

“For 30 years, Chicago banned handguns. The crime rate skyrocketed. Murders soared. Gangs blossomed. Desperate city officials even considered calling the National Guard to combat the out-of-control violence that all the ‘community organizing’ in the world couldn’t curb,” writes Michelle Malkin in an April 1 column in the National Review. “The Supreme Court struck down Chicago’s individual-firearms-ownership prohibition last year, but the same anti-gun zealots who put Windy City citizens’ lives at risk remain in power. And now one of them may soon be in charge of the scandal-plagued Bureau of Alcohol, Tobacco, Firearms, and Explosives.

National Association for Gun Rights Executive Director Dudley Brown, in a March 11 blog on Ammoland.com, says despite heavy opposition — and the ATF’s “gun-walker scandal” — sources tell him that “the Obamacrats are pulling out all the stops to ram his confirmation through.”

Brown states that Traver is:
— opposed to private firearm sales
— opposed to civilian ownership of semi-automatic rifles and shotguns
— favors banning all gun shows
— wants the Center for Disease Control to have oversight of the firearms industry

The Senate Judiciary Committee declined to review Traver’s nomination last fall, but his name was presented to the panel again earlier this year. No hearing has been set, but many think it will occur soon.

There are a number of pundits, ranging from Mark Alexander in the Patriot Post to Chuck Norris on World Net Daily to John Lott, Jr., on FoxNews.com, who say placing a crony such as Traver as ATF chief will be a critical turning point, allowing Obama to aggressively prosecute an anti-Second Amendment agenda he has, thus far, been thwarted in pursuing.