We’ve just announced our selections for ammo of the year and Winchester’s Blindside shotshell came away with top honors. Blindside’s... 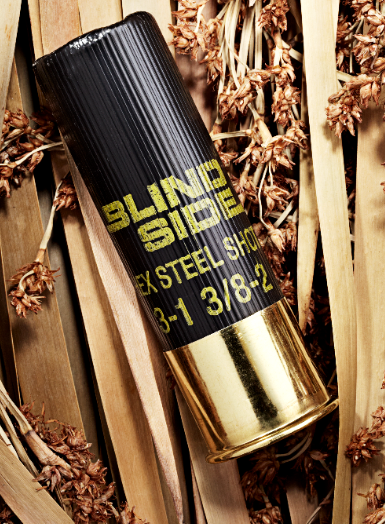 We’ve just announced our selections for ammo of the year and Winchester’s Blindside shotshell came away with top honors. Blindside’s polygon shaped shot stacks tightly in the hull, allowing for heavier payloads than equivalent sized round shot. These pellets are also more lethal. Unlike round shot that smoothly pushes through feathers and tissue, the edges on Blindside cut as they penetrate.

We’ve gathered evidence from numerous field testers who’ve remarked on the increase in the amount of blood they see in the meat of the birds they’ve killed. This is the direct result of the edges cutting blood vessels rather than pushing tissue aside the way round shot does.

The shot also patterns very well, which sealed the deal in our judges’ opinions.

The other honorees for ammo of the year include Hornady’s 6.5 Creedmoor Superformance load with the deadly and accurate 120-grain GMX bullet. I used this bullet in Africa last summer on a numerous animals, including giant eland and waterbuck. The terminal ballistics of this 6.5mm bullet are impressive–it hits like Thor’s hammer.

You can read the full roundup here.