Concealed Carry Reciprocity: What If All 50 States Recognized Your CCW Permit?

One of the basic desire of many gun-rights activists is to make reciprocal recognition of concealed carry firearms licenses a... 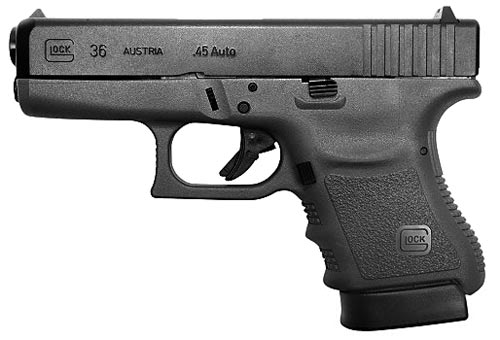 Glock 36
Some may consider this subcompact pistol a "Baby Glock," but can you really call anything firing a .45-caliber round "baby"? I think not. It is a slim pistol that leaves my pinky finger squeezing air on the grip, but it's great for concealed carry. It weighs a mere 27 ounces (with a full magazine of six rounds) thanks largely to its lightweight composite frame. It retails right around $500. OL
SHARE

One of the basic desire of many gun-rights activists is to make reciprocal recognition of concealed carry firearms licenses a federal law. This would mean that a person’s CCW permit would be valid in every state in the union, along the lines of how a driver’s license from Rhode Island is considered legal in Hawaii.

Until now the issue of reciprocity has been handled at the state level, creating a patchwork of reciprocal relationships between states that is frankly pretty confusing.

Earlier this year two congressmen introduced the Constitutional Concealed Carry Reciprocity Act of 2015 (S. 498 / H.R. 923), but it never got out of committee for a full vote in the House of Representatives.

Regardless of the fate of this particular measure, you can be certain that future bills along these lines will be introduced.

Personally, I’d love to have a standardized shall-issue type of permit that would allow me to carry freely across the country and not just in the handful of states that currently let me do so.

How important is reciprocity to you?