Shotgun Season: How to Turn Your 20-Gauge Slug Gun into a Schrifle

Randy Fritz told me the other day that he’s weeks away from introducing a full bore-size 20-gauge shotgun slug that... 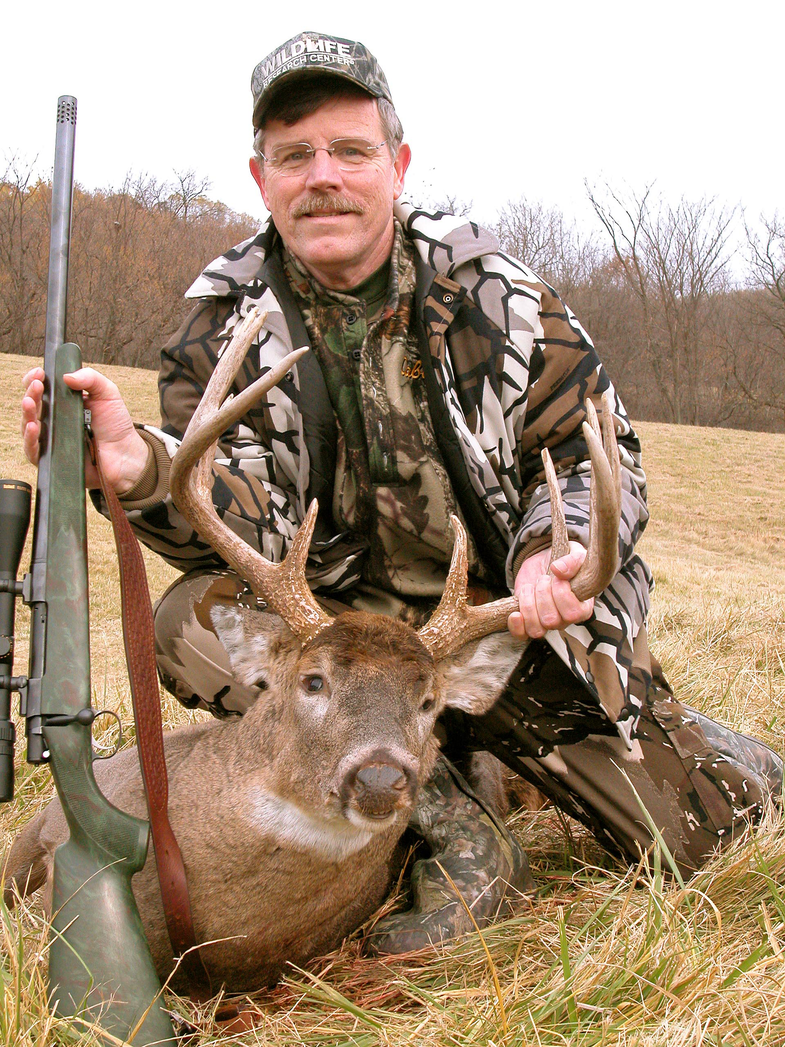 Slugs take thousands of whitetails each hunting season, especially in those states that require their use..
SHARE 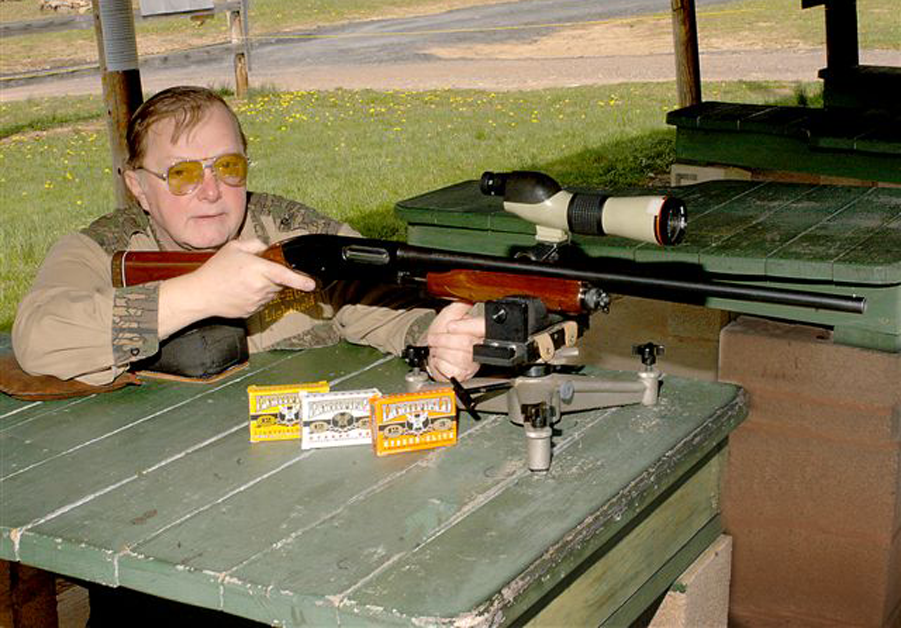 After a few thousand rounds and lots of shoulder pain, Randy Fritz might have come up with the next best thing in 20-gauge slug ammo.

Randy Fritz told me the other day that he’s weeks away from introducing a full bore-size 20-gauge shotgun slug that will exceed 2,000 feet per second out of the barrel and still pack a 62-caliber wallop downrange of 200 yards. Fritz, rightfully regarded as the leading authority on slug guns, is a tinkerer by nature and when he comes up with something new, it tends to make people sit up and take notice.

That’s what happened at the 1992 SHOT Show in New Orleans when he introduced the TarHunt slug gun. It was also the same year that Lightfield Ammunition produced a sabot slug for the hunting market and the coincidental introduction of gun and ammo set off a revolution in the slug gun world. Fritz spent the next two decades improving his guns to do justice to the Lightfield slug, and Lightfield spent subsequent years improving its sabot ammunition using the inherent accuracy of the TarHunt gun as the standard by which it judged success. Everybody else followed the lead of TarHunt and Lightfield and the age of the hunting sabot began. As Fritz demonstrates, there’s room for improvement.

Overcoming the Tradeoffs
One of the Holy Grails of slug-gun hunting is developing a round that is accurate and powerful at longer ranges, up to and even exceeding 200 yards. Bad things can happen to a slow slug between here and there. It needs to be fast. But what about its down-range energy? Because of its size, the heavy slug slows down exponentially over distance and ultimately affects accuracy. Ballistic coefficients get out of whack with all those lumps of lead and copper.

The modern compromise is the sabot slug, essentially a shuttlecock-shaped bullet encased within a plastic sabot sized to engage a barrel’s rifling. Though not really modern (having been introduced in the ’60s for use by police and the military) the sabot didn’t see much action in the deer woods until after Lightfield came along and others–most notably Remington, Winchester, Hornady, and Federal–followed suit. Designed to be shot from a rifled barrel, the sabot slug is accurate out to about 200 yards from a gun that’s built to promote accuracy: with a scope, a tight action, and a bedded stock. Unless all components of the sabot round are seated properly, however, accuracy is compromised, and occasionally a flyer appears in a group that otherwise is worth bragging about.

The hollow, bore-size Foster slug developed in the Depression era and popularized by Winchester and others, arguably is still the most popular among those who are required to use shotguns for deer hunting, or simply prefer a slug gun as a “woods gun.” A 1-ounce Foster is devastating, though not particularly accurate when sent through a non-rifled barrel, but it’s generally useful for deer that are within 100 yards. 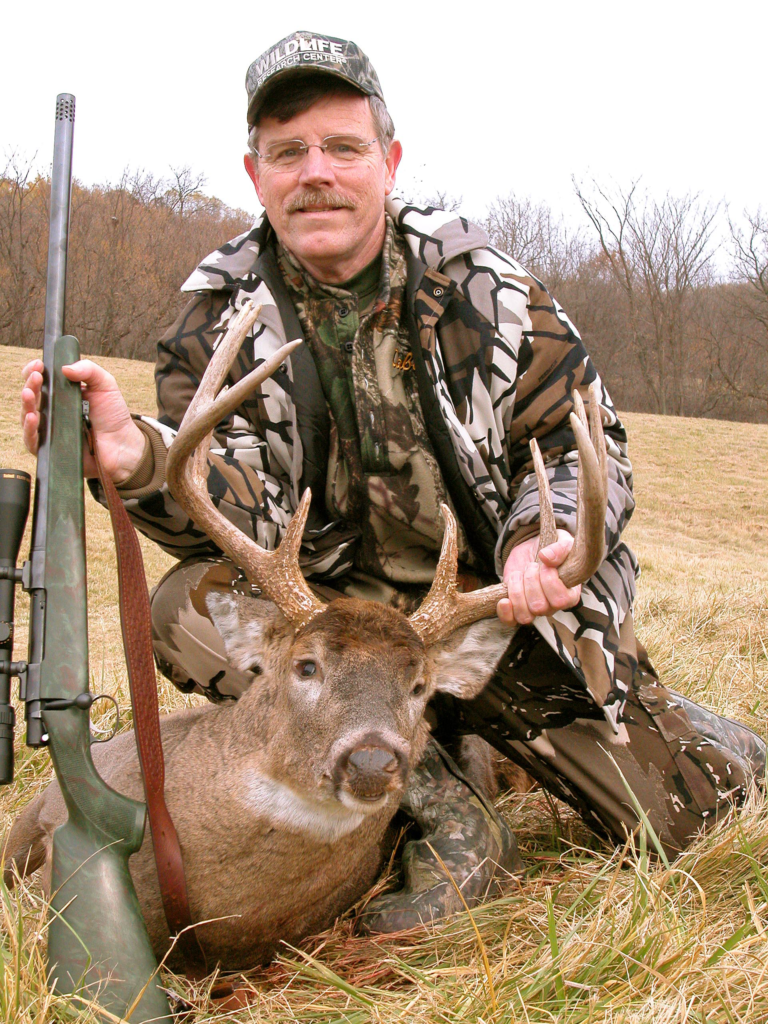 Slugs take thousands of whitetails each hunting season, especially in those states that require their use.

Speed and Energy
The sabot and the Foster. Those are the best choices now, but that doesn’t mean ballistics engineers have stopped looking for a better alternative. Fritz thinks he might have developed that magic slug. The 20-gauge round he is taking to market as soon as October is sort of a hybrid Foster- or Brenneke-style slug. According to him, it will turn a slug gun into a “schrifle:” “No longer a slug gun, but not quite a rifle.” Fritz says his new load features a 280-grain aluminum alloy bore-size bullet that is seated on 50 grains of high-octane powder.

A shotgun slug that can exceed 2,000 fps is definitely a game-changer. Fritz tried various designs of slugs before finally ending up with a round that tops about 2,250 feet per second out of the muzzle of a 24-inch rifled barrel, and is still zipping at 2,000 fps at 100 yards. In practical terms, it amounts to the following, with a scope mounted about 1½ inches above the bore and sighted-in to be dead-on at 150 yards.

“When I developed the original TarHunt, essentially I had a 12-gauge rifle with nothing to shoot out of it,” observes Fritz, a Pennsylvanian. “When we hooked up with Lightfield, that changed. We shot numerous groups under an inch at 100 yards. It’s taken me 20 years to figure out something to outshoot the original Lightfield round at longer ranges, but this is it. I’m hoping to have something more about it soon on the website.”

Fritz adds that 10 rounds of the new 20-gauge slug will be packaged in a clear plastic snap-top container and sell for about $40 per box. Pricey, yes, but if the slug performs as advertised, hunters aren’t likely to grumble. Why a 20-gauge and not a 12-gauge? Because the newly designed slug in 20-gauge will do everything most deer hunters would want. Fritz says if all goes well with the 20-gauge version, he’ll start developing a 12-gauge equivalent next.

“I looked at the popularity of the 20 gauge, especially with ours, the Savage bolt-action [Model 220] and the Remington 870,” says Fritz. “It fits; everything works the way it’s supposed to and it’s everything a deer hunter would want. The biggest obstacle is that there are so many slug gun hunters used to shooting sabots and not full-bore slugs. We’ll see.”

Rifled Barrels Only
Fritz adds that he slug he chose—called an Al Raptor Hollow Point Mini-BT—resembles a hollow-point, full-bore Brenneke in a semi-spitzer design. It’s slightly more than 2 inches long and is strictly for rifled barrels; shoot it through a smoothbore full choke and you’re likely to wind up with a ruined open cylinder barrel. For safety’s sake in a tubular magazine, the hollow point of the weight-forward slug encircles the entire primer of the round ahead. During the development process, Fritz tried a variety of design modifications on the slug’s plastic case, which he says makes it look more like a .600 Nitro Express round than anything.

If you’re interested and hunt deer with a 20-gauge, look for the new slugs on TarHunt’s website within a few weeks. Fritz plans to have several thousand rounds manufactured in the first run for hunting and testing, but for now they’ll only be available through the website.

The first “slug gun” I ever hunted deer with was a 12-gauge Western Field pump shotgun, which was a mail-order gun sold by Montgomery Ward. After loading it with whatever Foster slug was handy, I could hit the bottom of a pie pan with it a 75 yards –a pizza pie pan, that is.

Slugs have come a long way in terms of accuracy since those days and perhaps Fritz’ latest rendition will represent the next step in the evolution. They’ll be expensive, but what you’re really buying are performance and confidence.