Ted Nugent was fined $1, 750 and pleaded no contest last week for illegally baiting deer during a hunt on... 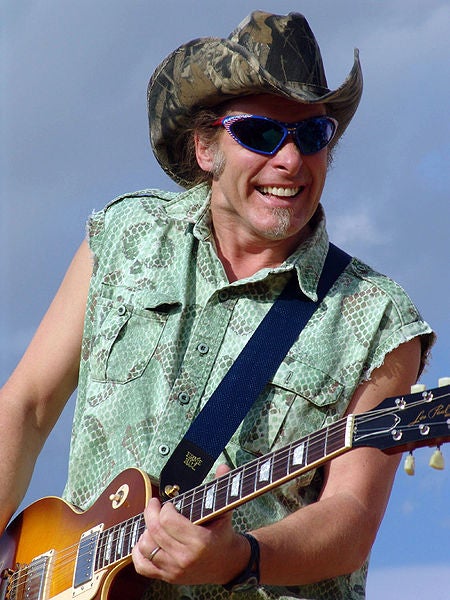 Ted Nugent was fined $1, 750 and pleaded no contest last week for illegally baiting deer during a hunt on his television show “Spirit of the Wild.” The rock star and gun rights advocate used C’mere Deer, a high-end deer attractant, to harvest two deer in California where baiting for deer is illegal, according to the Appeal-Democrat, a local California newspaper.

Nugent also illegally shot an immature spike buck, but that charge was dropped after negotiations between his lawyer and the Yuba County District Attorney’s office. Also charged in the case were Mitchell Moore and Ross Patterson. Moore was a videographer for the show. Patterson owned the property Nugent hunted and he also spread the deer attractant.

The episode aired in March, and a California Fish and Game warden saw the hunt unfold. He “just about fell out of his chair” when he saw Nugent with the buck, Fish and Game spokesman Patrick Foy told the newspaper. Since the episode was televised to a national audience, it seems that Nugent was unaware that he was breaking any game laws.

“Spirit of the Wild,” which opens with a song that tributes famous archer Fred Bear, airs on the Outdoor Channel. Nugent, a long time member of the National Rifle Association and hunting advocate, did not release a comment concerning the case.