Throughout history people have been fascinated by rare sightings of albino whitetail deer. In fact, these mystical ghosts of the... 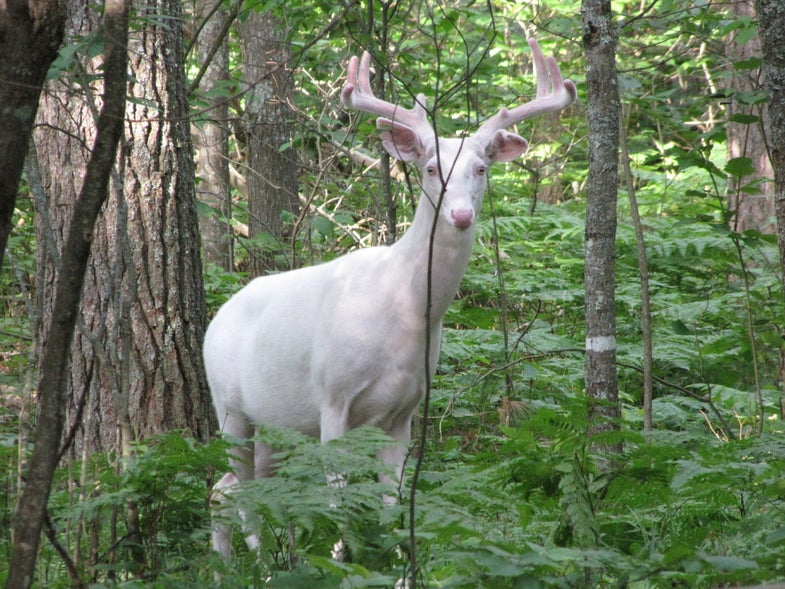 Throughout history people have been fascinated by rare sightings of albino whitetail deer. In fact, these mystical ghosts of the woods have been the center of many ancient Native American legends and folklore. Encounters with solid white deer were even documented in journal entries by early European explorers in the big woods country of present day Wisconsin. The natural intrigue with white deer can probably be best explained by their unusual appearance that catches both the eye and our imagination. According to biologists, the recessive gene that causes albinism in whitetail deer is very uncommon. The chances of an albino deer being born are only 1 in 20,000. In addition, the solid white coats of the deer make them more susceptible to attack from predators, which dramatically decrease the overall survival rate of these special whitetails. With that being said, very few people will ever have the opportunity to catch a mere glimpse of these white ghosts. However, there is a unique place in Wisconsin called Boulder Junction that is home to an unbelievable number of wild albino deer.

The unusually high resident population of white deer in this area even has the experts stumped. Why are there so many albino deer in this wooded location? Deer biologists have no logical or scientific explanation for the white deer phenomenon at Boulder Junction. For the past several years, award winning outdoor photographer Jeff Richter has been closely monitoring these white Wisconsin deer with his camera lens. Recently, he even published a book titled “White Deer: Ghost of the Woods” that has been grabbing a lot of attention from outdoor enthusiasts. In the book, Richter showcases a breathtaking selection of albino deer photos taken from this remote region. Some of these shots include pictures of solid white bucks sporting snow-colored velvet antlers that would make anyone stare in wonder.

Consequently, the residents of Boulder Junction (even diehard deer hunters) have grown increasingly protective of their mysterious white deer herds. Currently, albino deer are illegal to shoot in the state of Wisconsin and protected by state law. This might be one of the factors that have led to a dramatic increase of white deer in the area. On that note, do you feel that albino deer should be off limits to hunting and illegal to harvest? Be sure to post a comment and let us know what you think about this controversial issue.