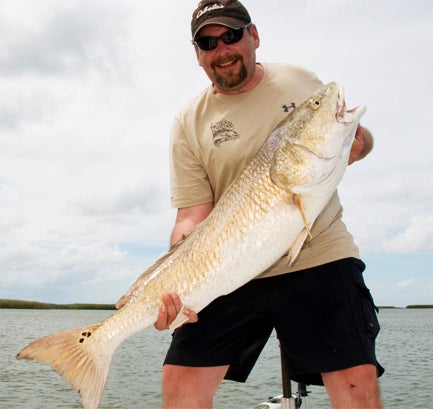 It’s been seven years since Hurricane Katrina devastated southern Louisiana, and two since the Deepwater Horizon oil rig explosion threatened to throw a knock-out punch to North America’s most fertile waters and wetlands. At long last, it seems as if recovery help is on the way thanks to the unified voices of Vanishing Paradise, a coalition of more than 700 national, state and local hunting and fishing organizations led by the National Wildlife Federation.

The United States Senate and House conferees agreed yesterday on a Transportation Bill package that includes the RESTORE Act, which dedicates 80% of the Clean Water Act penalties from the Deep Water Horizon oil spill to Gulf Coast restoration, mostly for the Mississippi River Delta region. Both chambers of Congress are expected to approve the bill, as is President Obama.

“The RESTORE Act is the culmination of years of work from hunters and anglers from across the nation, all working to restore the Gulf,” said Land Tawney, National Wildlife Federation’s senior manager for sportsmen leadership. “A tremendous number of individuals, organizations and businesses have voiced strong support for restoring the Mississippi River Delta and the Sportsman’s Paradise that is coastal Louisiana. This issue is extremely important to the sportsmen and women of America and lies at the heart of our conservation heritage.”

“The outdoorsmen and women of Louisiana thank our congressional delegation, especially Senators Landrieu and Vitter and Congressman Steve Scalise, for their diligent and tireless work on the RESTORE Act,” said Chris Macaluso, coastal outreach coordinator for the Louisiana Wildlife Federation. “Louisiana now stands a few signatures away from potentially billions to begin building the projects needed to restore and protect our vanishing coast. It is now up to the hundreds of thousands of sportsmen and women in Louisiana to ensure these RESTORE Act dollars are put to work rebuilding our coast as quickly as possible.”

“The RESTORE Act will provide desperately needed funding for restoration of the Gulf Coast’s wetlands,” said Bart James, director of public policy for Ducks Unlimited. “These wetlands represent the single most important wintering area for waterfowl in North America and a top priority for DU. We applaud Congress for their hard work and vision in getting the RESTORE Act across the finish line to help restore the Gulf’s wetlands that are the backbone of the nation’s economy by supporting significant oil and gas, navigation, commercial fisheries and recreational hunting and fishing industries.”

In addition to restoring ecosystems and communities, a recent report by Mather Economics estimates that spending $1.5 billion per year in coastal wetland restoration would create 57,000 new jobs over the first 10 years. Funding for such projects will be made possible through the RESTORE Act. These jobs will not just rejuvenate an ailing economy but also provide a boost to a degraded environment – an environmental and economic win-win.

“Using money from the oil spill to restore the Gulf makes sense to anglers all across the country,” said Jim Martin, conservation director for the Berkley Conservation Institute, which is part of the tackle manufacturer Pure Fishing, Inc. “In February, the Bassmaster Classic was held in Louisiana in the same region where premier saltwater fishing attracts sportsmen and women from all around the world. It all depends on a healthy marsh that is the incubator for the fisheries of the Gulf. It is a region that matters to sportsmen and women.”