The Grasslands Conservation Act Just Hit the Senate. Here’s What it Means for Hunters and Wildlife 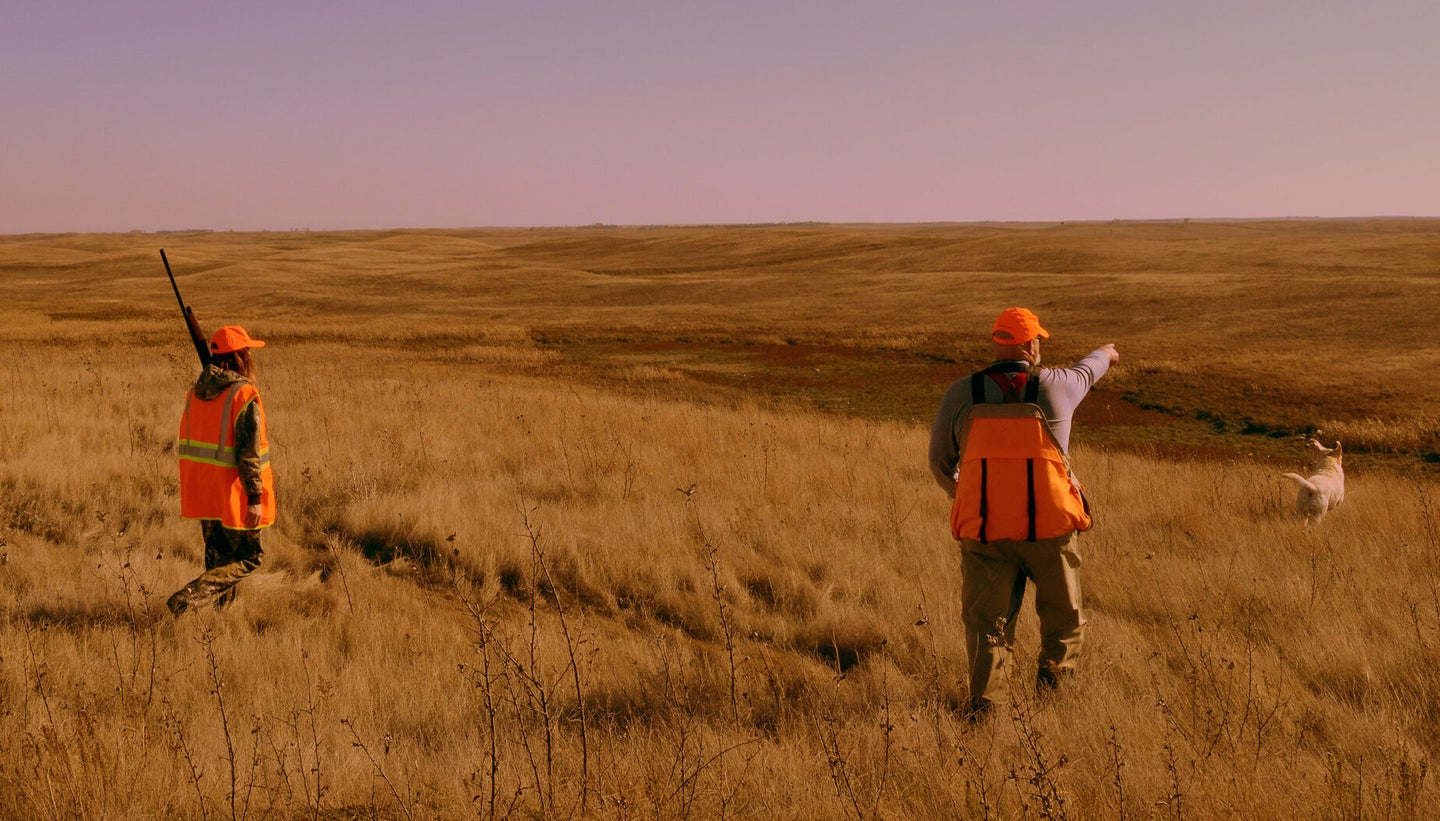 Earlier today, the U.S. Senate introduced the North American Grasslands Conservation Act. Modeled after the highly successful North American Wetlands Conservation Act, the legislation was spearheaded by a coalition of more than two dozen conservation groups, including Pheasants Forever, Quail Forever, the National Deer Association, Backcountry Hunters and Anglers, and the National Wildlife Federation. The bill is being sponsored by Senator Wyden (D-OR), with Sens. Klobuchar (D-MN) and Bennet (D-CO) serving as co-sponsors.

The legislation arose out of a growing concern for North America’s grasslands. These landscapes are home to some of our most treasured wildlife species, and they’re disappearing at an alarming rate.

By some estimates, the United States has lost nearly 75 percent of its total grasslands, with roughly 1.5 million acres being developed or converted to cropland every year. According to the World Wildlife Federation’s Plowprint Report, approximately 2.6 million acres of the U.S. and Canadian Great Plains were plowed over to make room for row-crop production in 2019 alone. In this light, grasslands represent one of the least protected and most at-risk habitats in the country today.

“Grasslands are an essential American landscape, supporting the livelihoods of farmers, ranchers, and Tribes like those in my home state of Oregon,” senator Wyden said in a press release. “They’re home to iconic — yet threatened — wildlife and have serious potential to help in the fight against the climate emergency. Yet, wildfires, invasive grasses, and degradation, and more leave America’s grasslands imperiled. They are disappearing before our eyes. By finally establishing a national strategy and empowering landowners to protect their lands, this legislation will go far in restoring and conserving these open spaces.”

What Would the Grasslands Conservation Act Do?

If it passes, the bill would create a voluntary, incentive-based program for landowners to conserve and restore grasslands and sagebrush steppe ecosystems across the continent. The key word here is “voluntary,” as the act wouldn’t require anything of landowners, and would instead allow them to choose how much they want to invest in grassland conservation on their property. It would be complimentary to Farm Bill habitat programs like the existing Conservation Reserve Program.

By promoting partnerships between the federal government, tribal agencies, and non-government agencies, the program would then provide landowners with the resources they need to revitalize and improve the health of their rangelands and grasslands. This would include both technical and financial assistance, as the Act would authorize $290 million annually to help fund these efforts. An outline from senator Wyden’s office says the bill would accomplish the following:

The Importance of Grasslands in North America

North America’s grasslands provide critical habitat for a variety of mammals, upland birds, and waterfowl species. Most hunters know that without these landscapes, a huge part of our hunting heritage would disappear as well.

“Sportsmen and women cherish our ability to retreat to the backcountry, and for many that is represented by rolling grasslands or the sagebrush steppe,” Land Tawney, president and CEO of Backcountry Hunters and Anglers, says in support of the legislation. “Hunters who wade through these landscapes with a bird dog ahead of them and a shotgun in hand recognize firsthand the threats to our native grasslands.”

As other conservation groups have pointed out, the North American Grassland Conservation Act would benefit much more than just game birds. In addition to supporting ranchers and rural economies, which depend largely on grazing, multiple studies have shown that grasslands can also be an important tool in the fight against climate change.

The long, extensive root systems of native grasses allow them to pull large amounts of carbon from the air and store it deep within the ground. And while a lot of studies have shown how important trees are for carbon sequestration, a 2018 study found that in wildfire-prone states like California, healthy grasslands can actually do more to offset carbon emissions than forests can.

With these long-term benefits in mind, proponents of the Grasslands Conservation Act say it could provide many of the same benefits as the keystone piece of legislation it’s modeled after. Since its inception in 1989, the North American Wetland Conservation Act has helped conserve nearly 30 million acres of wetland habitat across the continent. Now, these groups are saying, it’s time to apply the same collaborative strategy to the continent’s threatened grasslands.

“America’s remaining strongholds of tallgrass, mixed grass and, shortgrass prairie still have remnants of the iconic wildlife that once existed, but they are quickly fading,” says president and CEO of Pheasants Forever and Quail Forever Howard Vincent. “The North American Grasslands Conservation Act is our country’s opportunity to restore what we’ve lost while providing a solution for wildlife, rural economies, climate resiliency, sportsmen and women, and the future of America’s ranchers.”