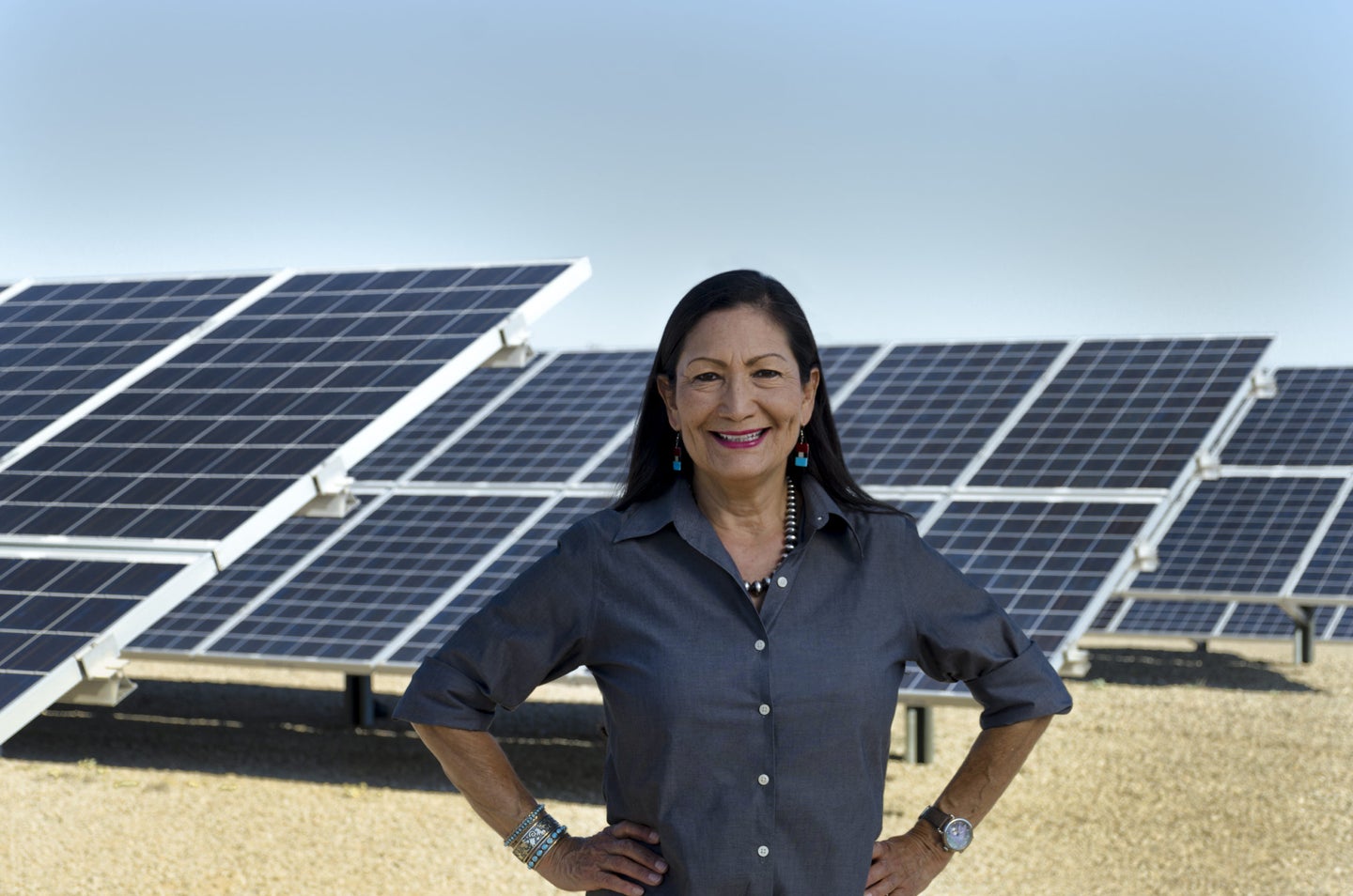 In her second and final day of confirmation hearings before the Senate Energy and Natural Resources Committee, President Biden’s Interior Secretary nominee Deb Haaland was asked repeatedly about her stance on endangered species management, federal energy policy, and the multiple-use mandate for public lands.

Just as in her first day of testimony, Haaland was circumspect in her answers, defaulting to her mantra that her personal opinions would be secondary to those of Biden should she be confirmed. If confirmed by the full Senate, Haaland would be the first Native American to lead the federal bureaucracy that manages about a fifth of the nation’s real estate, provides trust oversight to Native tribes, oversees the National Park Service, and manages a wide range of fish and wildlife properties and issues.

And just as in yesterday’s hearing, senators pressed Haaland, a first-term Congresswoman from New Mexico, for her perspectives on a number of relatively small and technical issues that no prospective Interior secretary could be expected to fully answer.

Freshman senator Mark Kelly from Arizona, for instance, asked for Haaland’s commitment to prioritize the completion of Indian water settlements, for her support of a bill to ban uranium mining outside Grand Canyon National Park, and for her support of water conservation in the lower Colorado River watershed.

The closest senators got to hearing how Haaland might prioritize competing issues of conservation and resource development was when she recounted a story that she had earlier shared with Washington’s Maria Cantwell, who remarked on the groundswell of support Haaland has received from tribal nations.

Haaland acknowledged the number of Native Americans tuned into the senate committee’s confirmation hearings. One of them, she said, was a Navajo man who listened in on a solar-powered radio that Haaland had bought for him “because he doesn’t have electricity.”

“The Navajo Code Talkers, in World War II, the first word they decided to use was ‘Ne-he-mah,’ which means ‘our mother,’” Haaland told the committee. “That’s the code they used for the United States of America, and it sums up what we’re dealing with. This is our mother—mother earth—and it’s difficult not to feel obligated to protect this land. Every indigenous person understands that, which is why we have such a high percentage of service in the military. And in service in every way. We are given an opportunity for our children and grandchildren to grow in this beautiful country. It’s an obligation that I take very seriously. That’s giving you a perspective of why I would be honored to be confirmed and help President Biden to move this country forward in many ways.”

But what does that actually mean for Interior Department policy, asked many senators from Western, energy-producing states.

“Most of us on this committee—Western senators—we have large tracts of federal land in our states, and we’re constantly wrestling with the federal government,” Idaho’s James Risch observed, saying he hoped a Secretary Haaland would allow federal employees on the ground to make decisions rather than having them handed down from Washington, DC.

Wyoming’s John Barrasso sharpened his critique of Haaland’s record, and suggested that her confirmation would wreck high-paying jobs in the fossil-fuel industry, with no plans for a legitimate alternative.

“You campaigned on eliminating oil and gas jobs in New Mexico,” Barrasso said, noting the tax revenue that energy production provides to public schools and infrastructure. But when asked how Haaland might make up the funding shortfall from eliminating traditional energy jobs, “you said [as a candidate that] you would vote to legalize cannabis—as a new funding system for education. Do you still believe that states should replace oil and gas royalties with taxes on cannabis? Is selling marijuana really part of a better choice?”

Louisiana’s Bill Cassidy put the sharpest point on the cost of a quick turn away from fossil-fuel extraction. He noted that 85 percent of funding for Louisiana’s coastline restoration, measures intended to make the state more resilient to rising seawater and violent storms, both attributed to global warming, is revenue from oil and gas production in the Gulf of Mexico.

“I truly hope that you’re guided by science and not the president’s political agenda,” Cassidy told Haaland.

“In 2020, you called for a ban on some sporting rifles,” said Daines, who added that Haaland had previously voiced support for banning lead ammunition and fishing tackle on federal lands. “Why should Congress believe you will expand and protect our shooting opportunities on public lands?”

Haaland explained that “I’m a Pueblo woman. We’ve been hunting on public lands for centuries. My dad and grandparents and brother, they all hunt. I myself was fortunate to harvest an oryx from the White Sands Missile Range, which fed my family for about a year. I respect the sportsmen and the anglers.”