Andrew F. Oberle, graduate student from the University of Texas at San Antonio, remains in intensive care after he was... 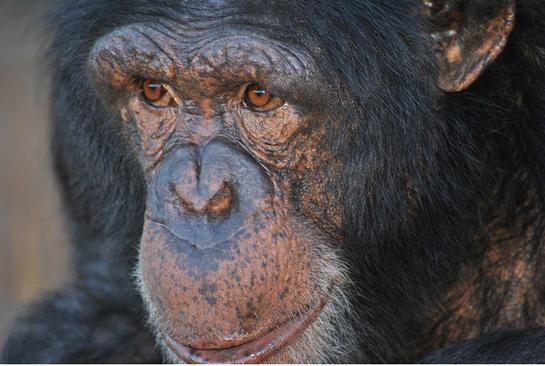 Andrew F. Oberle, graduate student from the University of Texas at San Antonio, remains in intensive care after he was attacked by a male chimpanzee on Thursday at the Jane Goodall Institute Chimpanzee Eden in South Africa.The 26-year-old Oberle was lecturing visitors when the attack occurred.

For reasons unknown, the first-time lecturer broke facility rules by going through the first of two security fences that separate humans from chimpanzees, according to Huffpost College. Oberle was attacked shortly after he entered the forbidden zone by two male chimps, who grabbed him and pulled him under the second, electrified fence.

He suffered repeated bites, as the chimps dragged him for almost half of a mile. One of the chimps was also “injured” in the struggle and is currently under veterinary care.

It was the first such attack at the facility, which opened in 2006 and is featured on the Animal Planet show “Escape to Chimp Eden.”

While the nature of Oberle’s injuries is unclear (it is very uncommon for animal sanctuaries to release information that paints animals in a negative light, even after an attack) it can be assumed that the attack was severe considering his prolonged stay in the hospital in South Africa.

Male chimps can stand more than 5 ½ feet tall and weigh upwards of 150 pounds. Chimp attacks on humans in the past have shown that the simians target the face, fingers, buttocks, and genitals.

In March 2005, 6′ 2″ former football player, St. James Davis, was attacked by two male chimpanzees at the Animal Haven facility in California. The attack left Davis without an eye, nose, lips, most of his teeth, and absent several fingers. His genitals and half of his buttocks were also gnawed off.

Chimpanzees are extremely strong and vicious. Oberle is probably lucky to be alive.