A couple from Indiana, looking to protect their pets from lurking bobcats, accidentally shot a much different feline Thursday night.... 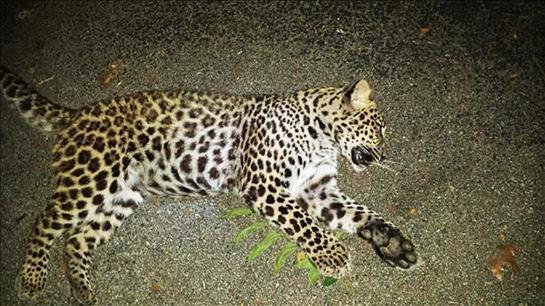 A couple from Indiana, looking to protect their pets from lurking bobcats, accidentally shot a much different feline Thursday night.

Indiana wildlife officials have tentatively confirmed the couple killed a leopard, which is believed to be someone’s pet.

The woman and her boyfriend both wished to remain anonymous. But a friend, Donna Duke, reached out to WDRB.

Duke, who lives in the area, said that there had been a number of attacks against dogs and cats recently. Duke’s friend has a number of cats, and was worried about their safety.

“She’s got cats that are basically her family,” Duke told WDRB. Duke says her friend contacted a local wildlife official, who initially thought the attacks might have been committed by a bobcat.

Each night the woman and her boyfriend would take turns watching the area from her roof.

On late Thursday night the woman was outside near her pool when she saw a dark shadow pacing nearby. That’s when, Duke said, the woman’s boyfriend grabbed a gun and shot what they believed to be a bobcat.

After hearing a “horrible squeal” they went to confirm what it was. To their surprise, it was leopard laying dead in the woman’s backyard.

Duke says an Indiana Department of Natural Resources officer was contacted and immediately transported the body to Indianapolis for analysis.

“The cat in these photographs has been identified tentatively as a leopard,” Phil Bloom, director of communications for the Indiana Department of Natural Resources, told WDRB. “Perhaps an immature cat about 9 months old. DNR is attempting to determine who it belonged to, or where it came from.”

“In any case, it would be someone’s pet, since leopards are not native to Indiana, or for that matter, to North America.”

Bloom says it is legal to own big cats in Indiana, but it requires a permit.

There is a wild life refuge about a mile from where the cat was found, but Tim Stark, the owner of nearby Wild Life In Need, told WDRB the loose leopard is not his.

Indiana officials are in midst of an investigation to find out where the animal came from.