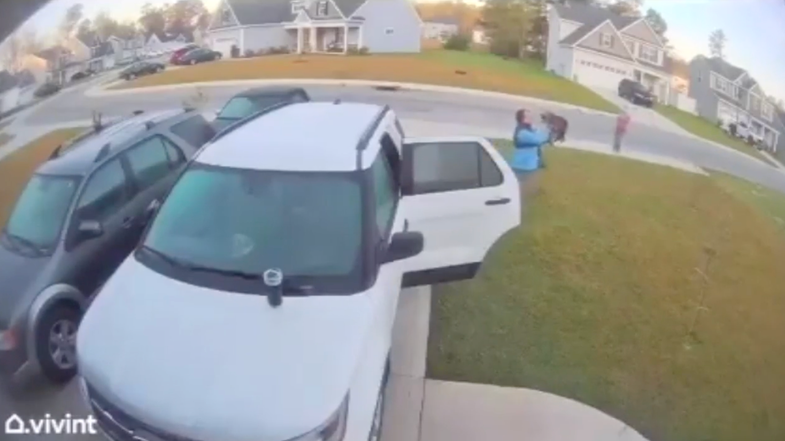 A North Carolina man holds a rabid bobcat aloft, before hurling him across the yard. TMZ YouTube
SHARE

Here it is: Your viral video of the day. A woman in suburban North Carolina was attacked by a bobcat while heading to her car with a pet carrier, according to TMZ. The entire episode is captured by the couple’s home security camera. As we publish this, the video has 10 million views on Twitter. Make sure to turn your device’s volume on to hear the animal’s yowls and the couple’s shouts.

This was a wild 46 seconds pic.twitter.com/jIHQg0G4qU

Is it a legit animal attack or a fake video? At first, it does appear like a scene from a bad sitcom, but with more cussing. The victim’s husband holds the bobcat aloft like a thrashing Simba before hurling it across the manicured lawn. He then pulls his sidearm and gives chase to the fleeing feline. Authorities didn’t specify whether the man actually shot the bobcat, only that the wild cat had died and that it did test positive for rabies.