We’ve reported on a lot of big gators already this year from Florida, Georgia, and Mississippi. And now, Arkansas is... 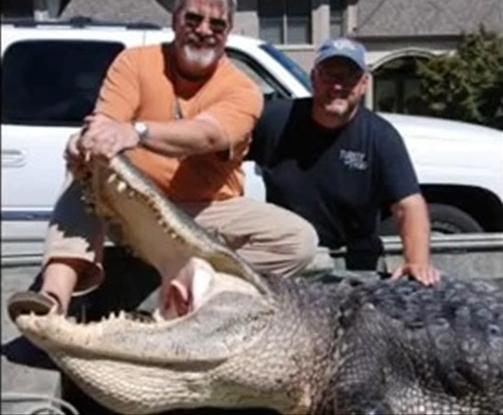 We’ve reported on a lot of big gators already this year from Florida, Georgia, and Mississippi. And now, Arkansas is getting in on the action.

Drew Baker of Little Rock landed this state record gator that taped out at 13 feet 9 inches and weighed 1,100 pounds. The alligator beat Arkansas’ state record by 6 inches. Baker was on Lost Lake when he spotted the behemoth.

“This one being as big as he is, he just thought he was the king of the lake anyway,” Baker told Ozarksfirst.com. “He wasn’t going to be afraid of anybody.”

After harpooning the gator and killing him at the boat, Baker had to drag him to shore because he was too big to fit in the boat.

Baker said he’ll get about 400 pounds of meat from his big catch. He also said he would love to see the skins and head of the gator on display at a museum in Arkansas.