Th’a hell is that, Mate? Beachcombers in Tasmania came across a thing that prompted many to ask just that… The... 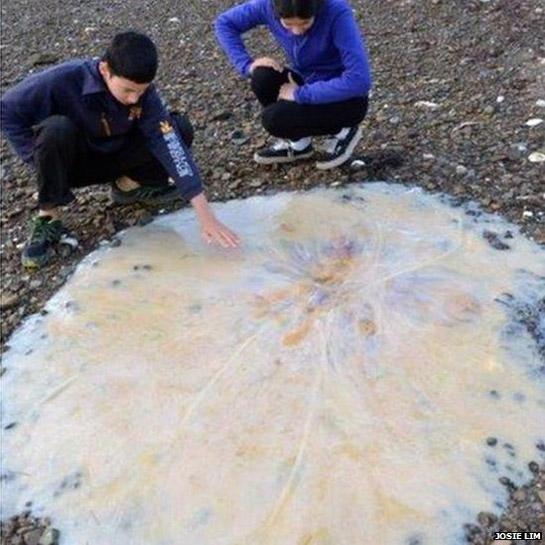 Th’a hell is that, Mate?

The unidentified object from the sea was 5 feet in diameter and gooey like a jellyfish, according to Petethomasoutdoors.com. Josie Lim and her family were the first to discover the thing and their pictures of it soon caught the attention of Dr. Lisa-ann Gershwin, of the Commonwealth Scientific and Industrial Research Organization. Dr. Gershwin was able to identify the creature as one of three new species in the lion’s mane group of sea jellies found off Tasmania. Dr. Gershwin explained to the BBC: “We’re very eager to know more about it.”

What is known about the species is that they are very large, sporting an 8-foot wide bell and tentacles as long as 100 feet.

Nothing I’d want to encounter in the sea… but cool find.

We think the ice shanty culture is awesome, but this is a bit much. Seems like moving locations would be more of a pain, but maybe when you have a poker table and a flat screen, you don’t care what you’re catching.