The Oregon chub was removed from the Federal List of Endangered and Threatened Animals, the U.S. Fish and Wildlife Service... 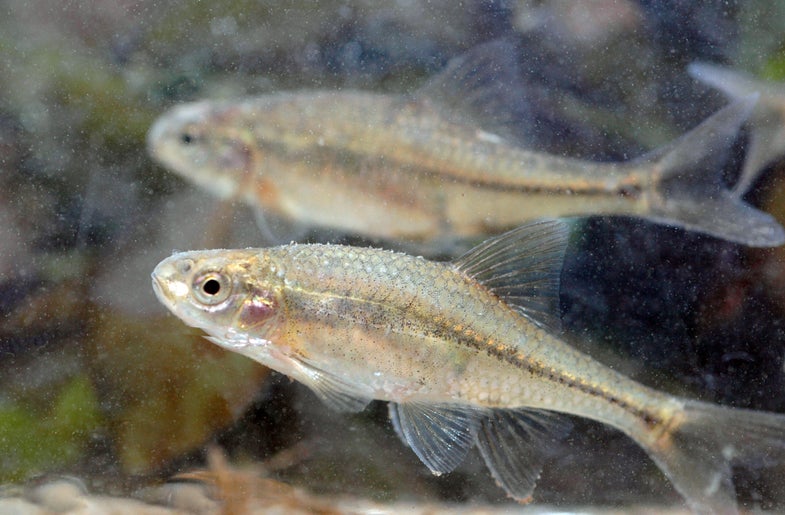 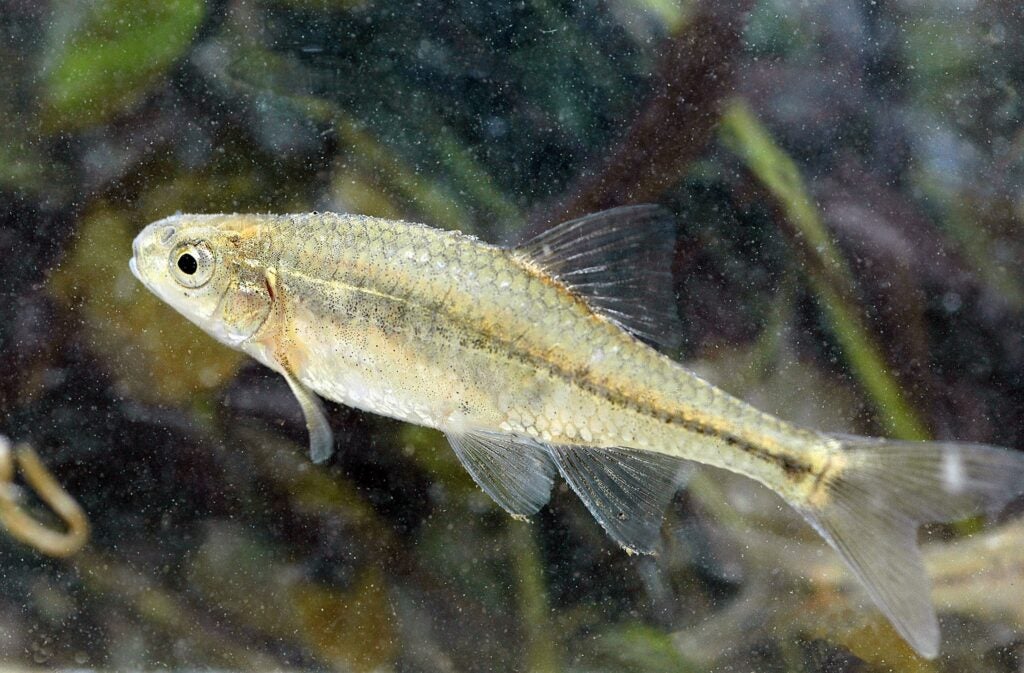 The chub is a three-inch minnow native only to the Willamette River Basin, so it’s reasonable to wonder why this is such a big deal.

The Oregon chub was removed from the Federal List of Endangered and Threatened Animals, the U.S. Fish and Wildlife Service announced Tuesday. That makes it the first endangered fish ever to be delisted due to recovery (instead of extinction).

The chub is a three-inch minnow native only to the Willamette River Basin, so it’s reasonable to wonder why this is such a big deal. There are actually several good reasons to celebrate:

1. This is a historic milestone for the Endangered Species Act, which at times seems like a conservation black hole from which species don’t often escape. Historically the ESA has proven successful at arresting species teetering on the brink of extinction. It’s the recovery process that moves more slowly.

2. This recovery happened without any of the usual opposition to threatened species protections. No litigation or lawsuits arose, and there were no sporting closures or land access restrictions. Many Oregonians had no idea the fish even existed, let alone that extensive recovery efforts to save it have been underway for two decades. Plus, it was dirt cheap compared to most recovery efforts.

3. The chub is an indicator species, and its recovery demonstrates that the health of the Willamette River system is also improving. This delisting means good things for other game species in the region, and the hunters and anglers who enjoy them. Species include salmon, steelhead, ducks, geese, deer, and elk, to name a few.

At the time of its listing in 1993, just eight populations totaling fewer than 1,000 Oregon chub were recorded. Now that population is comprised of more than 140,000 fish and ranges across diverse habitats at 80 different sites. 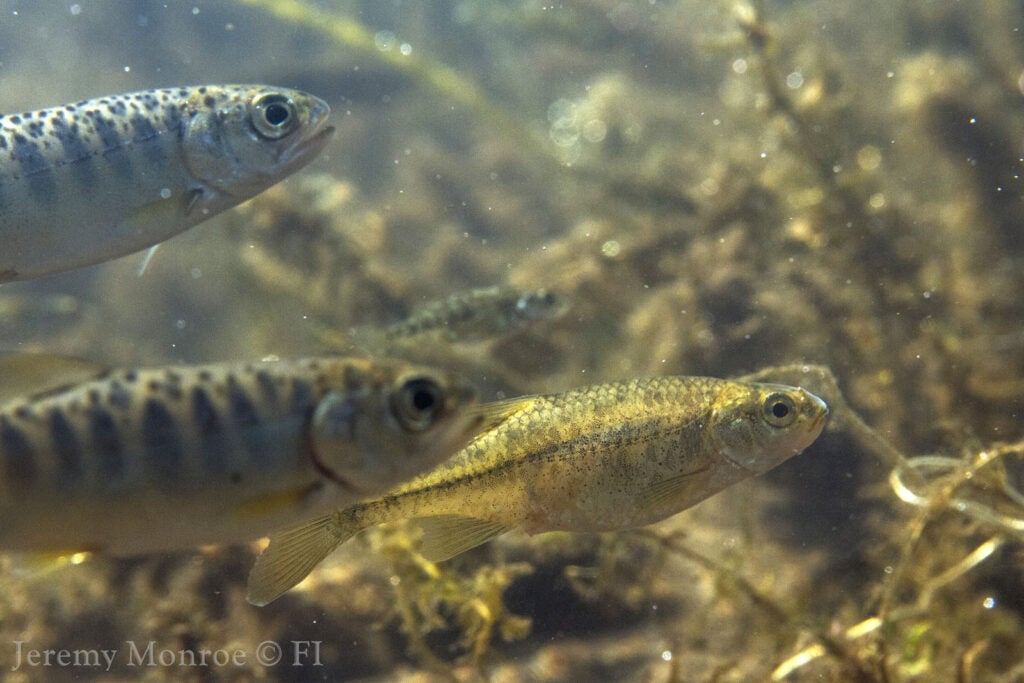 This wild photo shows an Oregon chub (right) swimming alongside young Chinook salmon. The two fish rely on the same habitat at this stage in the salmon’s life, and a healthy river that supports chub will also support young salmon.

“This milestone demonstrates how the Endangered Species Act can bring people together to accomplish a shared goal,” Secretary of the Interior Sally Jewell said in the press release. “This effort succeeded because of an extraordinary partnership between federal and state agencies, landowners and other stakeholders who brought this species and ecosystem back from the brink of extinction in just over 20 years. We’re now managing the river in a smarter way, which means better opportunities for recreation, a boost for salmon recovery and improved water quality–all of which are good news for Oregon and its economy.”

For more background on the Oregon chub and the impact of its recovery, click here.