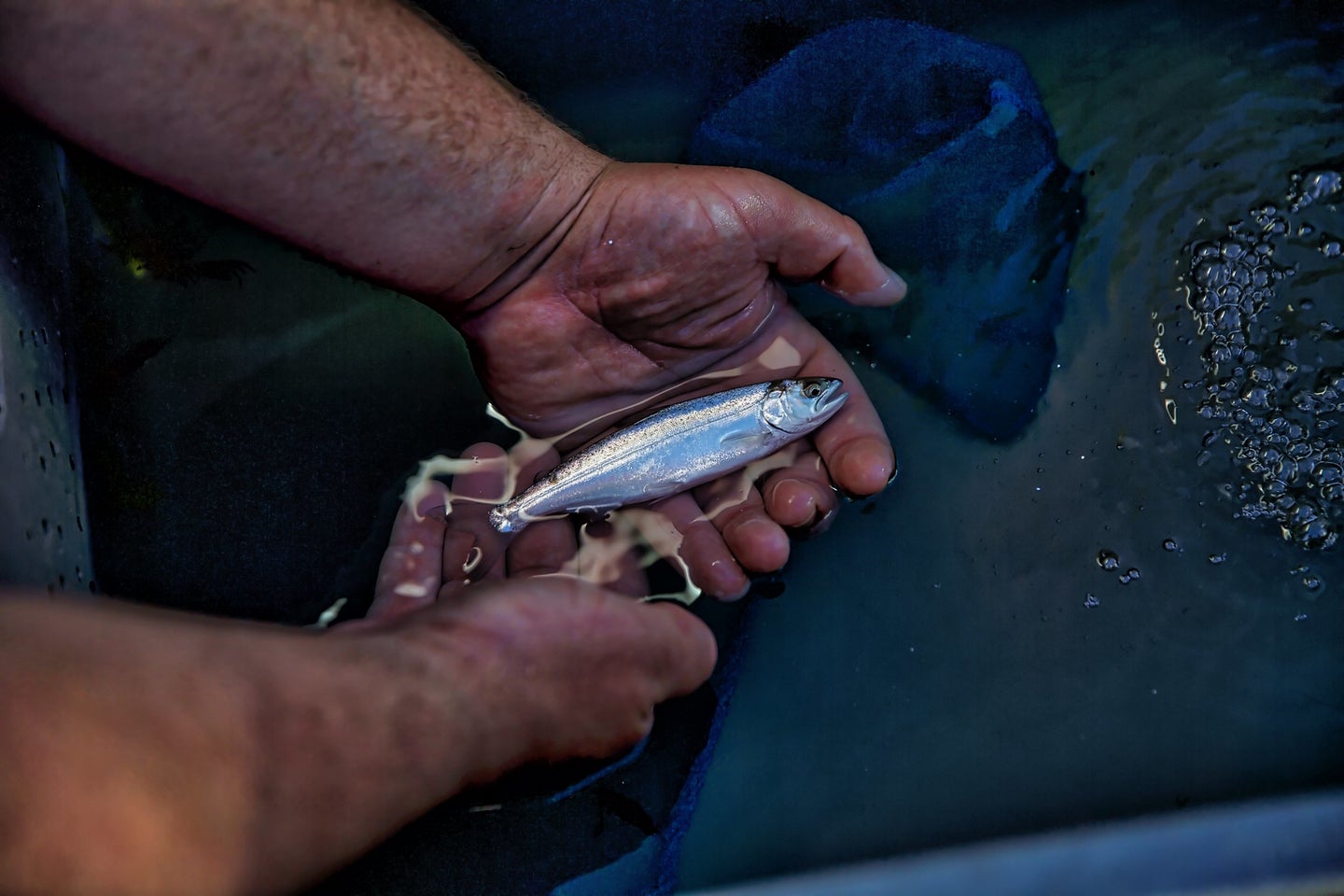 2021 was a particularly hard year for juvenile chinook in the Sacramento River. Steve Martarano / USFWS
SHARE

Nearly all of the winter-run chinook salmon that hatched in the Sacramento River in 2021 were wiped out over the course of last year. Fisheries managers and scientists say this massive die-off was mainly due to high water temperatures in the Sacramento River, but they also point to vitamin deficiencies as a contributing factor, according to the Redding Record Searchlight.

According to a memo from the California Department of Fish and Wildlife, only 2.6 percent of the juvenile salmon born in this stretch of river last summer made it as far downstream as Flour Bluff. And less than half of these fish made it all the way to the San Joaquin Delta, which makes 2021 one of the worst years on record in terms of winter-run survival.

The dismal survival rate didn’t come as much of a surprise, either. CDFW had already predicted that 2021 would be a hard year for winter-run chinook, and the state agency released a statement on July 6, 2021, warning that “it is possible that nearly all in-river juveniles will not survive this season.” This was mainly due to the hot weather and persistent drought conditions that continued to affect the state’s water resources—and which left Lake Shasta with much less water than usual going into the hottest, driest period of the year.

Salmon advocates argue that the state continues to compound these environmental problems by misallocating water and favoring the Central Valley’s agricultural industry over the salmon. “They knew they were going to cook the eggs,” John McManus, president of the Golden State Salmon Association, told the Sacramento Bee. “It has everything to do with water management and allocation.”

Michael Milstein, a spokesman for the National Marine Fisheries Service, said there was another factor that contributed to last year’s die-off. Milstein blamed a thiamine (Vitamin B1) deficiency, which he said resulted from adult salmon eating too many anchovies in the Pacific Ocean before they returned to spawn in the Sacramento last year. This vitamin deficiency was then passed down to the juveniles, he explained.

Sacramento River winter-run chinook were added to the endangered species list in 1994, and recent efforts to recover the species have been largely unsuccessful. According to the National Marine Fisheries Service, “It is one of just nine species considered to be most at risk of extinction in the near-term and in need of urgent protection.”