The Feds May Close 60 Million Acres of Alaska Public Land to “Sport Hunters.” And Yeah, That Probably Means You 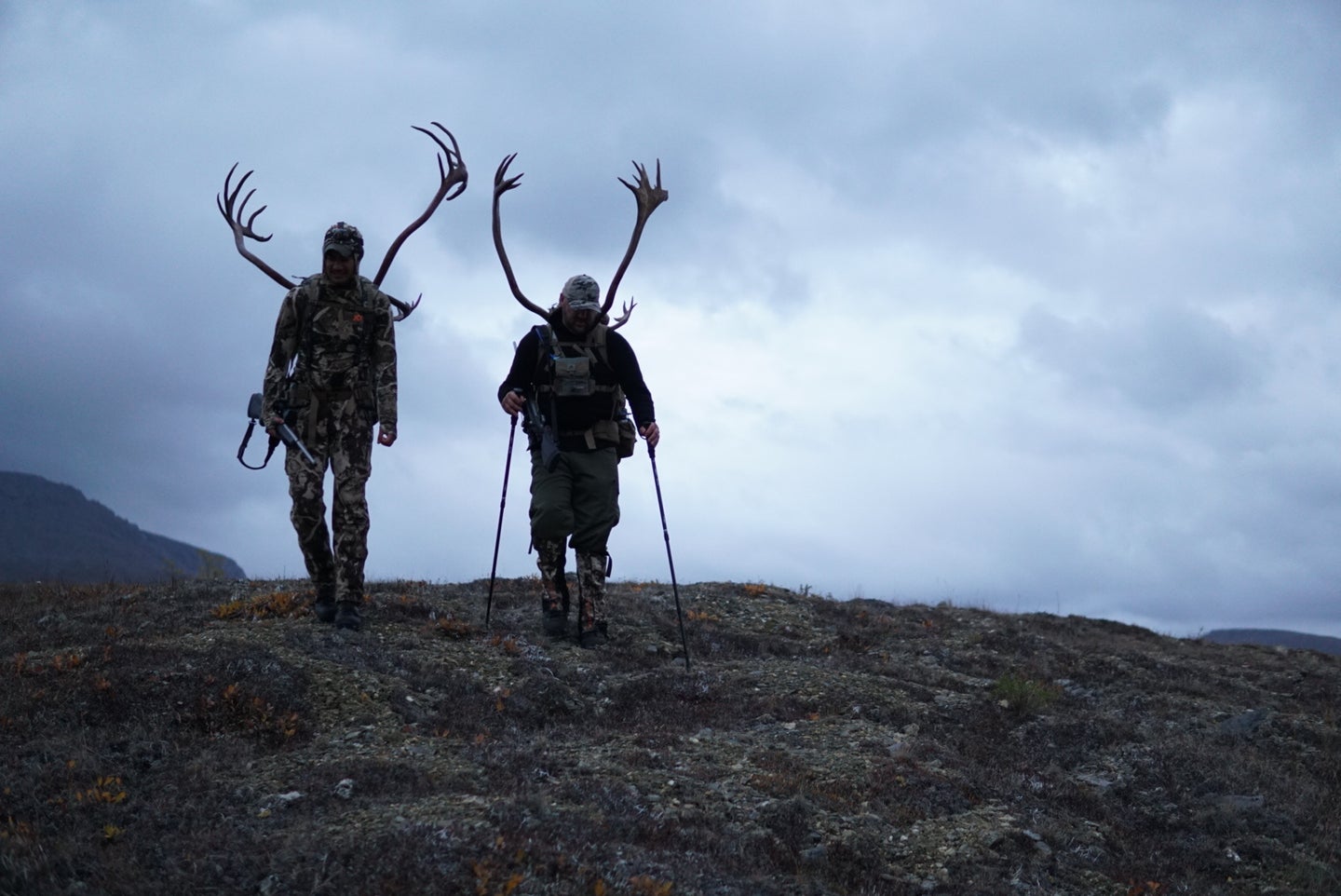 Two caribou hunters packing out antlers and meat from Unit 23, one of the units that could be closed to non-resident public-land hunters. John Whipple
SHARE

As with many things in our society, hunters often find themselves defined by certain terminology. We’ve written many pieces here at OL regarding some of the issues surrounding terms like “meat hunter,” “food hunter,” “subsistence hunter,” “sport hunter,” and “trophy hunter.” The main issue with segmenting hunters into different categories  like this is that these terms mean different things to different people. It’s no secret that many anti-hunting efforts seek to split hunters by dividing us in a way that makes “trophy hunters” or “sport hunters” the enemies of “food hunters.” The implications of this are wide and nuanced, but they are also very real. Just look to the proposal in Alaska that would potentially close up to 60 million acres of federal public lands to “sport hunters” targeting moose and caribou.

The issue, which is now getting national attention, boils down local subsistence “food” hunters vs. non-local “sport hunters,” or “trophy hunters.” In this case, the federal government differentiates between sport and subsistence hunting by location of residence, not nuanced individual motivations. So even if you are a hunter from the Lower 48, or even here in the town of Fairbanks, who wants to hunt moose or caribou to fill your freezer with meat, you would be prohibited from hunting in this area. You would not be defined as a “subsistence hunter,” even if your main objective was hunting for meat.

You can oppose this issue by writing a letter to the Department of Interior, but you must do it today or tomorrow. You can email the DOI at subsistence@fws.gov, or write a letter through the Backcountry Hunters & Anglers site here—just make sure to make the comment your own. Or you can call in to the public hearing later this week:

As I mentioned in the article detailing this issue, the push for this closure isn’t motivated by scientific wildlife management or herd population objectives: it’s rooted in conflict between local and non-local hunters. It’s also about whether or not federal public lands really are public for everyone.

The scary thing about this proposed closure is what it represents, the precedent it could set, and potential future implications for what we call public-land hunting. Although it is a specific issue in a specific place, in a way, this is a battle between those who are identified as food hunters and those who are identified as sport or trophy hunters. Keep in mind that this has nothing to do with the fact that for all hunters in these areas, all meat is required to be salvaged. Many hunters travel to other areas to hunt, and even to target big, mature animals, but those hunters also subsist off of the meat as much as anyone else. There are a lot of Alaska residents (and lower 48 residents) who don’t qualify as subsistence users and are technically “sport” hunters because of where we live, but we eat just as much wild game as anyone living in more remote areas. I believe that this food versus sport/trophy hunting divide in hunters is not only a result of anti-hunters hijacking and defining the terms in an inaccurate, straw-man manner, but it is also propagated by much of the outdoor media industry itself as a way to distance themselves from what the general public might be manipulated to believe is a bad thing.

For example: After explaining the method for measuring a bear skull, one prominent media figure stated recently, “Now you have successfully reduced an awesome animal to a number,” and went on to talk about how it was better to be in the kitchen cooking and sharing the meat from that animal. I certainly don’t find fault in cooking and sharing bear meat. And while I don’t want to assume intent, I do think this statement carries an implication: If you care enough or are even curious enough about “trophy size” to measure an animal you killed, you reduce that animal’s value to just a number. And that’s absurd. It’s possible to both appreciate a remarkable animal’s trophy qualities and enjoy the meat it provides. The two are not mutually exclusive.

Examples and attitudes like this drive the message that if you live in the right place or follow the doctrine of a pure food or subsistence hunter, you are more virtuous, and therefore more entitled to the wild resources than hunters who may want to travel to specifically target the largest animal they can find—regardless of the fact that they may be just as interested in bringing home meat as you are.

Although the particular regulatory avenues for Alaska’s potential closure are complex and somewhat unique to Alaska, the fact that any federal public lands can be closed off from non-local user groups simply because local users don’t want them there should scare all hunters.

Read Next: Wyoming Has a Wilderness Problem

This has already started happening in Alaska and will likely continue. How long until similar things start happening in the Lower 48? Most hunters in destination states can already relate to a resentment of non-local hunters crowding trailheads and backcountry honey holes, even if they’re only fleeting thoughts—right now.

In much of the western United States, where federal public land is touted as a crown jewel of hunting opportunity and access for everyone, hunting pressure and competition seem to be growing issues in many places. Will we soon see hunting on federal lands across the country be restricted to only locals who are deemed qualified? In other words, will all those non-resident elk, antelope, and mule deer hunters from the Midwest, South, and East find themselves unable to hunt federal land in the West? You can already see hints of this in states like Wyoming, where non-resident big game hunters can only access federal wilderness areas if they have a guide, or in Montana where there’s a proposal to set aside more non-resident, big-game tags for outfitters. Both of these issues simply make it more limiting (or at least more expensive) for non-residents to hunt big game on federal public land.

The precedent set by the proposed closure in Alaska, and those closures that could follow, would at the very least serve to further divide hunters based on the food hunting versus sport hunting divide. The result will be lost opportunity for many. If federal public land becomes closed to hunting for the vast majority of Americans, then is it even really public hunting land?