Skye Goode is a career coach by day, but the 26-year-old Wisconsinite doesn’t let her 9-to-5 get in the way... 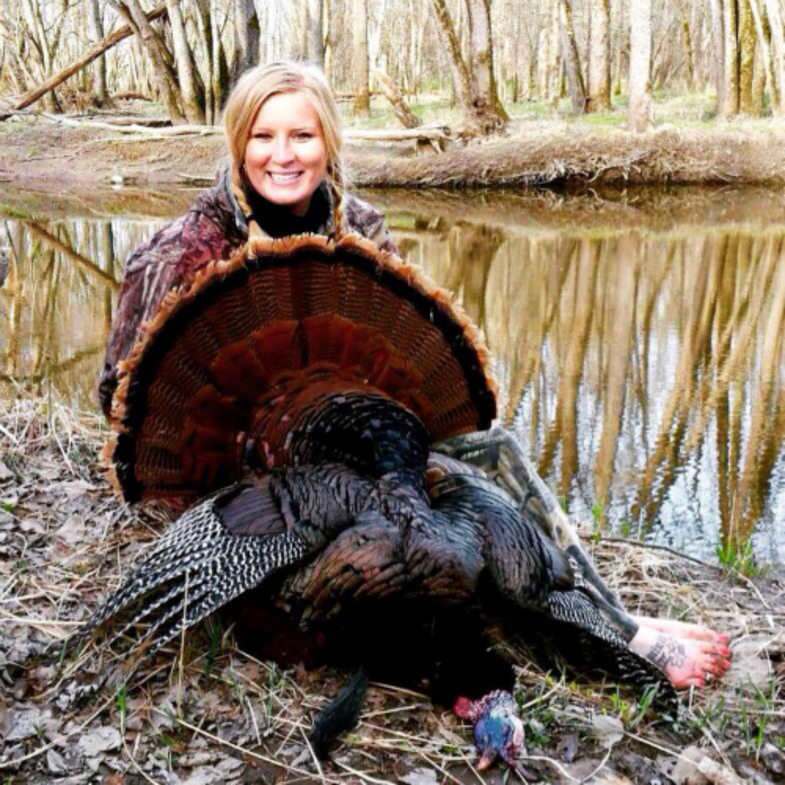 Skye Goode is a career coach by day, but the 26-year-old Wisconsinite doesn’t let her 9-to-5 get in the way of bowhunting, trapping, making custom fur hats, and sharing her knowledge with the masses.

Outdoor Life: So, you don’t wear boots?
Skye Goode: I’ve always hunted without shoes, but no one really noticed until I started posting pictures to Facebook. I grew up in the country on a farm, so I didn’t need to wear shoes anywhere. It wasn’t abnormal to run out in the woods without them. Sometimes when I was bowhunting, I’d run out to my stand really quick to catch last light, and I wouldn’t take the time to put on boots or camo. In the winter I still have to wear something, but from turkey season through bow season, I go barefoot.

OL: What’s the upshot of ditching footwear?
SG: The number one thing is just how quiet it is. Many times I can sneak up on turkeys and deer. It’s not uncommon for me to walk right into my stand while they’re around, and they don’t even know I’m there. I went bowhunting for elk in Colorado on public land last season, and some people I was hunting with were so loud and noisy. In the afternoons, the guys would take their boots and socks off, and we’d hear bugling nearby. I’d want to run off immediately, but had to wait for everyone to pull their boots on. I am more susceptible to picking up poison oak and poison ivy. And my feet are more tender in the spring, but the ground is soft and wet while I’m hunting for turkeys or sheds, and they get conditioned all through the summer. So come that September elk hunt, my feet were as tough as leather and I didn’t feel anything. 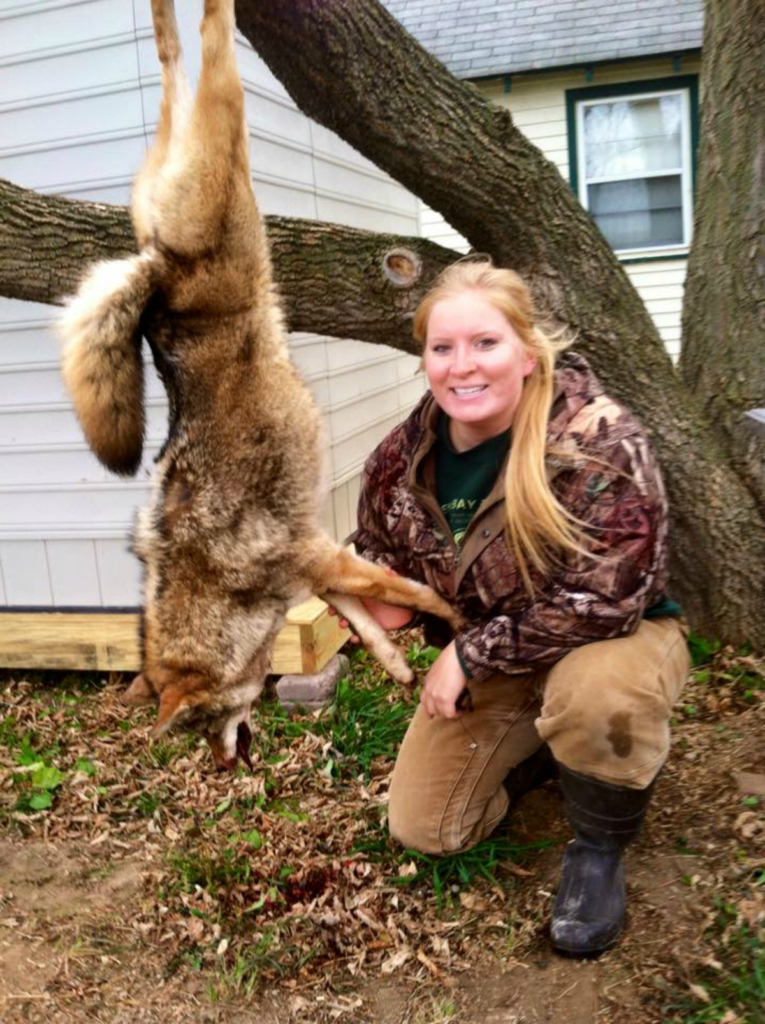 OL: You’ve hunted all your life, but you only got into trapping relatively recently. Why?
SG: My family has always trapped muskrats and minks, but I just tagged along when I was little. Then three seasons ago, I shot a buck with my bow one evening. It got too dark, so I let him sit overnight. I tracked him in the morning and found him half-eaten by coyotes. That was my lightbulb moment. It wasn’t so much about revenge, but I was like, I need to start trapping coyotes. Because I was so excited to harvest my meat that morning, and it was almost all gone.

OL: What does your trapping season look like?
SG: The regular trapping season here in Wisconsin opens in October and goes until February. After that I’ll usually respond to nuisance calls until July. People call me to help out with skunks and coons sometimes, but usually it’s coyotes and foxes. I don’t do any water trapping, like beavers. Nuisance trappers can trap unlimited, year-round, and I focus on livestock and agriculture areas, like game farms. I’ll charge for skunks because that’s a lot of work, but if they have good land, I’ll usually work out an agreement that I’ll trap in the spring if I can return in the fall when the furs are better. 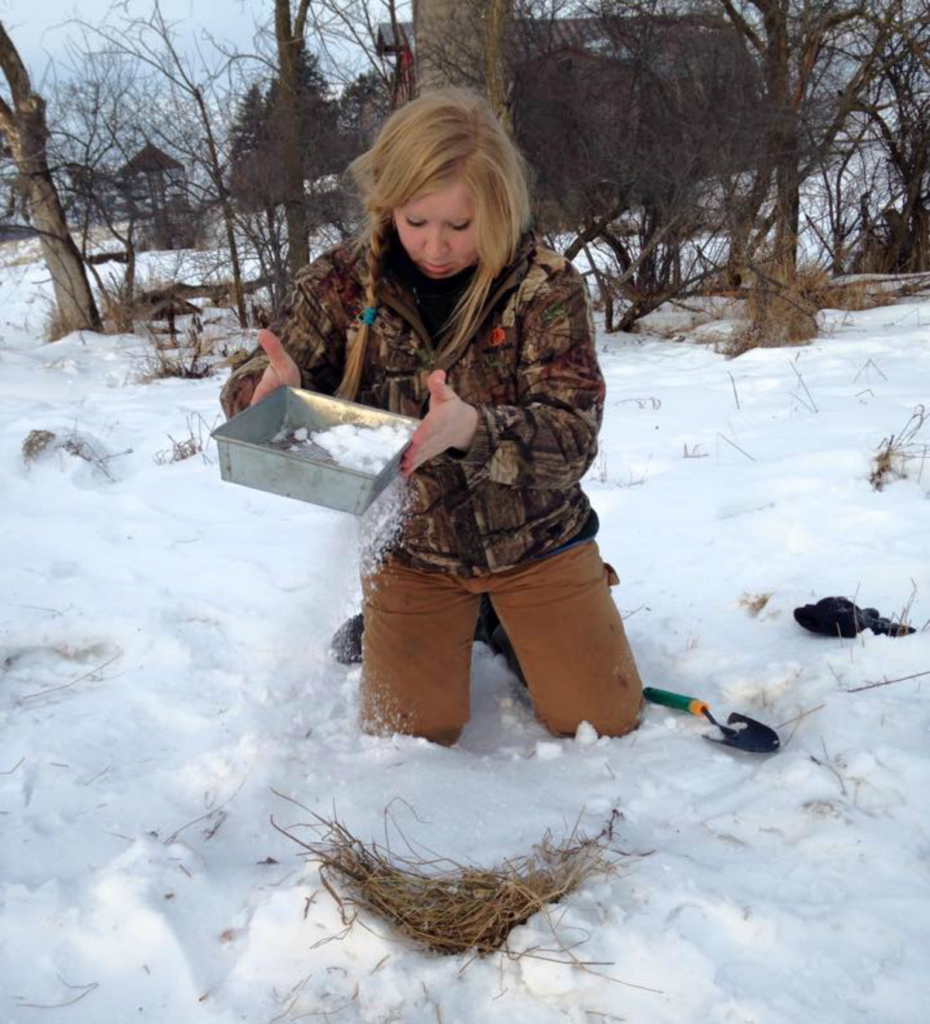 OL: What’s your favorite set?
SG: A territorial one. I will collect scat from different coyotes from different areas, and I will take it to a new spot I’m targeting and rig a flat set. The coyotes here in central Wisconsin are heavily pressured by bait scent, but they’re so territorial that they just can’t resist this. All they’re thinking about is, “Why is this coyote on my property?” and they’re none the wiser.

OL: What do you do with the furs?
SG: I’ll send the really nice ones to the fur auction in Canada. But I make my own hats, so I’ll get the hides tanned and the majority of my furs go to that. Last year, business was booming, and I think it’s because of all these survival shows, like Yukon Men. I get requests like, “I want a hat like so-and-so on X TV show.” It takes me a few weeks to make one hat, so I can create maybe 2 or 3 a month. (You can find Skye’s hats at Facebook.com/BearfootFurs) 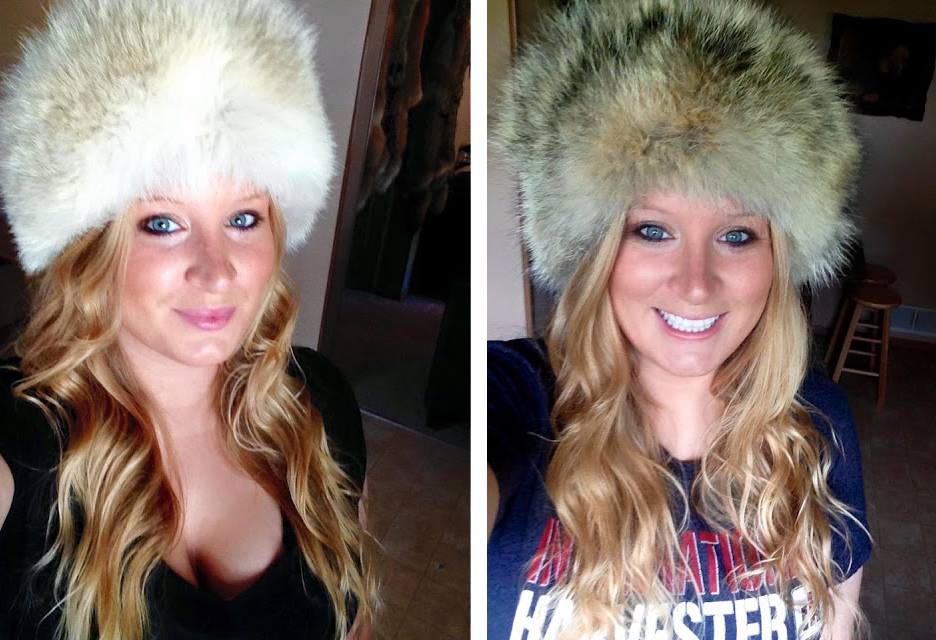 OL: You have a decent-size web and social media presence. How’s that going?
SG: I think it’s been a positive experience as far as trapping goes. Trapping is so controversial because it’s so misunderstood. People think traps have to hurt animals, or break legs, and all these other myths that just aren’t true. I try really hard to take great pictures to show that traps are just like a pair of handcuffs—they’re not hurting the animal. People can read your words all day if they don’t pay attention, but pictures stand out. That practice has really helped educate people. I would say that applies to both hunters and non-hunters, because even a lot of outdoorsmen misunderstand trapping.

OL: What’s your one tip for someone looking to getting into trapping?
SG: I’m a member of the Wisconsin Trapper’s Association, and almost every state has their own association. If anyone is interested in pursuing it, that should be their first stop.

To follow along with Goode’s trapping and hunting adventures—and to learn how she rigs her sets, what works, and what doesn’t—check out her blog at skyegoode.blogspot.com.

Know someone we should interview next? Email us at myol@outdoorlife.com