Imagine for a moment that your telephone rings and your buddy asks you if you’d like to play a round... 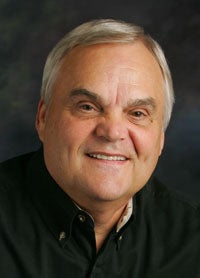 Imagine for a moment that your telephone rings and your buddy asks you if you’d like to play a round of golf with Tiger Woods at Augusta National. Okay, bad example cause I don’t play golf and could care less about Tiger Woods but you get the idea. Well, that’s about how I felt when many years ago I was asked if I’d like to turkey hunt with Quaker Boy Game Calls’ Dick Kirby at the Ford Ranch in Texas.

To the uninitiated, Dick Kirby was the founder of Quaker Boy Game Calls and a turkey hunting legend. To bestow him with the title of: “Father of Modern Day Turkey Hunting” is not even a stretch. Yes, he won every single calling championship ever created. Yes, he killed 25 straight turkey Grand Slams. Yes, he even took one Grand Slam with a handgun. But all those accolades speak little of Dick Kirby the man. In a field filled with giant egos and braggarts, Dick Kirby struck me as being humbled by his spirituality. Always quick with a man-hug and handshake, Dick was my friend as is his son Chris who I’ve shared the woods with on numerous occasions.

But I digress…my last day in the woods with Dick was not one I’ll ever forget. We were to hunt one of his favorite turkey blinds located near a water hole on the Ford Ranch. Joined by ranch manager Forrest Armke, Dick and I sneaked into position and ready for a long afternoon’s wait. Just 10 minutes into the hunt, Dick pulled out a boat paddle, let loose with a series of yelps and drew an immediate response–close. Another 10 minutes went by and there they were. Three adults were suddenly within shotgun range. I tensed, Dick noticed and ducked. I shot the first bird at 25 yards which caused the other two to flush, one landing just 10 yards from us.

I dutifully did. Two birds within ½ hour. What a hunt. What a memory.

My friend Dick Kirby passed on yesterday following complications from back surgery. Our outdoor world has lost one of its good guys. Please remember the Kirby and Quaker Boy family in your prayers. Roost ’em up, Dick.