Soft and subtle isn’t the only way to bring in a gobbler. Here’s when to get aggressive and really yak it up this spring 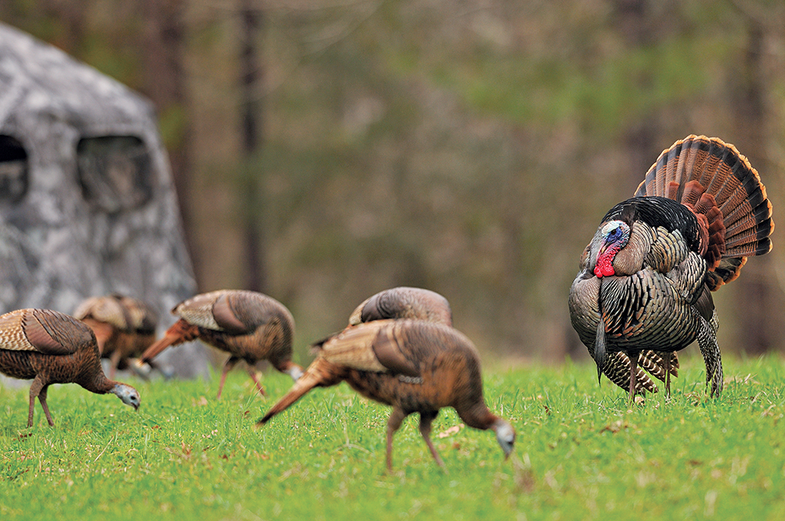 The old-timers who took me on my very first turkey hunts in the hard-hunted states of West Virginia, New York, Massachusetts, and Tennessee preached a spare-and-rare approach to calling. Bringing that mindset back to my home country in the Upper Midwest and Great Plains was a good idea—sometimes it even worked.

But there were plenty of occasions when soft and subtle failed. Whether the country was too big, the wind was too strong, the toms were too aloof, or the hens were too plentiful, it was awfully tempting to break the rules and call loudly and often.

Boldness was needed, and I remember the precise hour of my epiphany in great detail. My friend Ben and I were backed up against a big cottonwood to work a group of Merriams along the Little Missouri River in far western South Dakota. Snow spit sideways under a leaden sky while a prairie gale roared. Ben just laughed at my first sweet-and-soft call. “You’ve gotta hit it,” he advised.
So I did. My mouth call was wearing out, and I know I came up for air a few times, but a half hour later the flock’s boss gobbler had finally sidled and strutted to within 30 yards. My shotgun sounded like a popgun in the tempest, but it toppled the tom. 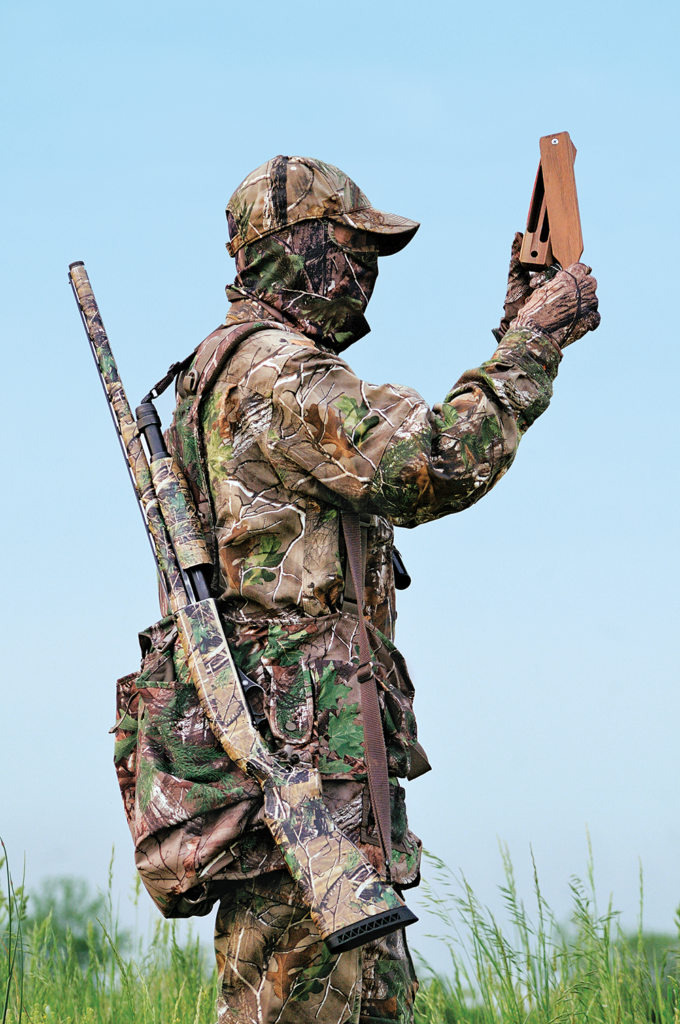 I’ve since yakked it up in the East, West, and in every place in between. Gobblers everywhere sometimes require aggressive calling. Here are six situations when you might have to really hit it this spring to persuade a tom to come in.

1. There’s a Big Wind
Strong wind can blow anywhere in spring. No matter how good their hearing, turkeys are just not going to notice soft calling in a hard wind. Break out the boat-paddle box call and make loud, aggressive strokes. Pop in a simple, easy-to-blow diaphragm call (Quaker Boy’s Beginner’s Double is still my favorite by far) and give it all you can. Peg-and-slates have little effect in a strong blow; glass or aluminum pots do better. No matter what you use, loud calling sounds bad—but so do real turkey hens most of the time.

2. Gobblers Are Bunched Up
Gobblers often group up in spring. These small flocks are notoriously tough to call, especially if dominant birds are trying to keep satellite toms in their place. Excited, persistent calling can sometimes persuade a secondary gobbler to break rank and come in, to leave and sneak in via the back door, or to come back later and find you on his own. Try gobbling at especially persnickety groups, and the whole gang might come in.

3. There Are Too Many Hens
Hens give turkey hunters fits because gobblers won’t leave them. So coax the girls to come in. The trick is getting sassy so the boss hen calls back, and then giving her a heavy dose of mimicking mockery and loud lip. Get her talking and she just might come on over—with a gobbler in tow.

4. He’s Coming On Strong
When aggressive calling gets a bird’s attention and makes him turn your way, keep the concert going. That’s what turned him on, so don’t stop. It’s tempting to get coy, but you’re better off sticking with the approach that got you in business in the first place.

5. You’re on the Troll
When you’re out trolling for a midmorning gobbler, combine stealth in movement with loud, aggressive calling. You need the shock factor to get that gobbler to sound off. Otherwise you’ll never know he was there. Stop and cutt, yelp or cackle often, but only do it in places where you can drop down and set up quickly if you elicit a response.

6. When There’s Nothing to Lose
If a gobbler starts drifting away, call hard and loud to see if you can turn him. Switch calls—from box to diaphragm, for example—to try to find a sound that resonates.