A foodborne bacterial outbreak in northern Germany and nine other European countries has left more than 1,000 people sick roughly... 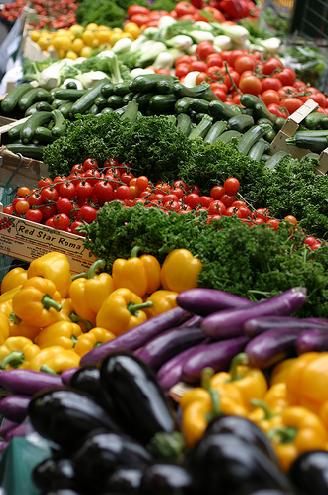 A foodborne bacterial outbreak in northern Germany and nine other European countries has left more than 1,000 people sick roughly 500 with symptoms of a condition that can cause acute kidney failure. Seventeen people in Germany and one in Sweden have died as a result of the bacteria.

The creature doing all the damage is a strain of E. coli known as Enterohaemorrhagic E. coli, or EHEC, which causes symptoms ranging from bloody diarrhea to kidney failure.

E. coli is found in large quantities in the digestive systems of humans, cows and other mammals, and most strains are generally harmless, or at worst, cause non-lethal stomach ailments.

But this strain, believed to be riding on or inside contaminated vegetables, threatens a significant part of Germany’s food supply. Authorities have determined that most of the patients who have been sickened ate cucumbers, tomatoes and leaf lettuce, and were located primarily in northern Germany. The exact source of the contamination is still under investigation.

Can This Happen To Us?

In a word, absolutely. There are many points between field and plate where harmful biological contamination can occur. Two of the most common points of contamination are in the field itself, and at the restaurants we currently trust.

Field contamination can occur in many ways, from a field worker defecating in the lettuce patch, to a tainted water supply used for irrigation. Some plant foods also have the potential to be fouled not only on the surface, but from within. For example, vegetables like tomatoes and spinach can absorb bacteria as they drink in water, thus bringing the pathogen within themselves.

And even if our food makes it to the eatery without being defiled, now it must run the gauntlet at the restaurant. I’m not going to draw you a picture, but let’s just say that Mr. Salad Prep forgets to wash up after a restroom break, and then a few hours or days later, you are wondering why you are horribly sick.

What Can You Do To Prevent Illness?

Don’t gamble with your food. Stick to cooked foods in questionable restaurants, or start going to nicer restaurants. Get a steak instead of a salad. Yes, I just gave you permission to eat a steak–in the name of food safety. Cooking kills pathogens. It has from the dawn of time, and there’s no need to stop cooking food now.