A federal judge ordered the U.S. Fish and Wildlife Service to update its management plan in 2018 after wolf-advocacy groups filed a lawsuit against the agency 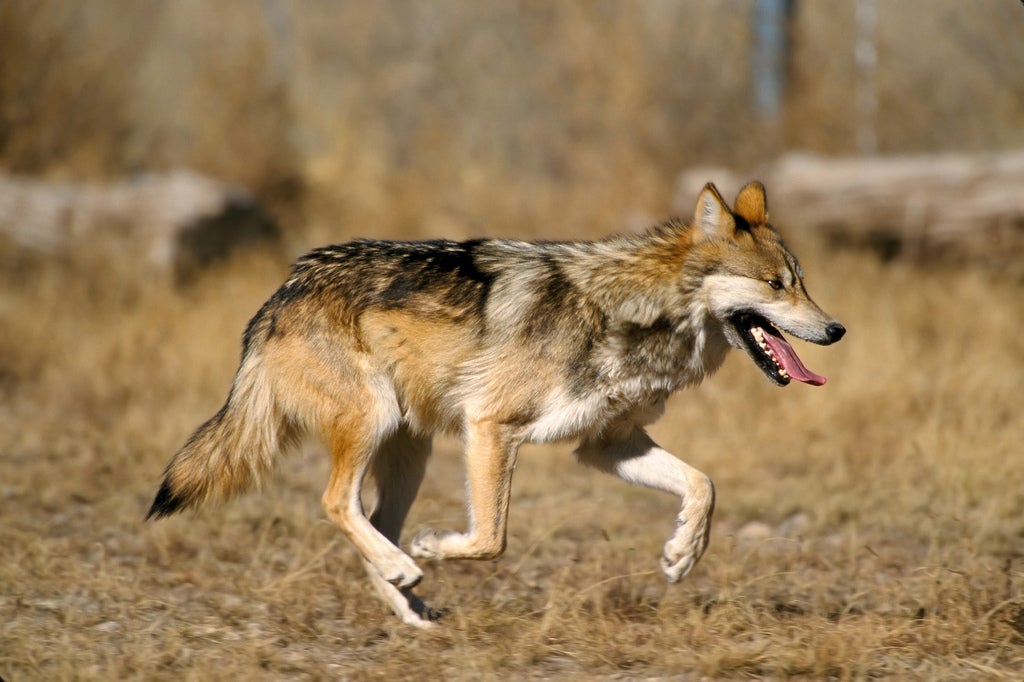 As populations of endangered Mexican gray wolves continue to rebound in Arizona in New Mexico, the federal government is considering changes to its management plan for the species. Jim Clark / USFWS
SHARE

The U.S. Fish and Wildlife Service is currently proposing several changes to its Mexican gray wolf management plan. The proposed changes that were released last Wednesday stem from a decision made by U.S. District Court Judge Jennifer Zipps in April 2018, after a coalition of anti-hunting groups filed a lawsuit against the USFWS.

As part of that 2018 decision, Zipps ruled that several provisions outlined in the agency’s original 2015 management plan violated the agency’s duty under the Endangered Species Act. One of these provisions—and the one that stirred up the most controversy—would have set a population cap of 325 wolves, and would have allowed wildlife managers to allow hunting of Mexican wolves as soon as the population exceeded that number.

“[This] 2015 rule,” wrote Zipps, “provides only for short-term survival of the species and fails to further the long-term recovery of the Mexican wolf in the wild.”

Another provision that wildlife-advocacy groups—namely Defenders of Wildlife and The Center for Biological Diversity—have continued to disagree with is the USFWS’ decision to limit the range of the Mexican gray wolf to an established area. Known as the Mexican Wolf Experimental Population Area, it represents a roughly 98.5-million-acre expanse in Arizona and New Mexico south of Interstate 40. These groups argue that there is a need for separate but connected populations on either side of the interstate, which would create more opportunity for genetic exchange, and could help the wolves adapt in the face of climate change.

This argument became even more relevant this August, when a lone wolf known as Anubis was found and captured by the Arizona Game and Fish Department in the Coconino National Forest just north of Interstate 40 and the city of Flagstaff. AZGFD biologists had been tracking the radio-collared male ever since he broke away from the Dark Canyon Pack, which lives in the Gila National Forest, and moved into Northern Arizona. After capturing the wolf, AZGFD trucked him south and released him back into the Mexican Wolf Experimental Population Area (MWEPA).

State officials say that by re-locating the lone wolf, the agency was acting in the best interest of both the wolves and the people who live near the National Forest where the animal was captured.

“We believe that wolf was in jeopardy,” AZGFD Mexican wolf coordinator Jim deVos said in an interview with the Arizona Republic. “Now he’ll be back in an area with females, finding a female partner, forming a pack, and contributing to the recovery. That’s what our goal was.”

This statement received immediate backlash from the same wolf-advocacy groups that filed the original 2015 lawsuit against the USFWS. They say that the lone male was not a risk to himself or humans in the area because he didn’t exhibit any signs of danger, and because he stayed away from livestock, choosing instead to feed on elk carcasses. If anything, they say, Anubis was a prime example of good wolf behavior.

The AZGFD did not immediately respond to requests for comment. You can find the agency’s most recent wolf recovery update here.

Now the two wolf-advocacy groups have applauded some of the revisions that were released by the USFWS last week, including changing the disputed population cap. Instead of setting the cap at 325 individuals, the revision would allow the agency to set recovery goals by looking at the average population of wolves over an eight year period.

“In order for the Mexican wolf to come off the endangered species list, they would have to have an average of 320 wolves over an 8-year period,” explains USFWS public affairs officer Aislinn Maestas.

The agency’s revisions would also establish a genetic diversity objective within the MWEPA, with a goal of 22 cross-fostered wolves surviving to breeding age (around 2 years old) by the year 2030. And until those genetic diversity goals are met, the revisions would establish three major restrictions on the ways in which private land owners and land managers are allowed to kill wolves.

Maestas stresses that these restrictions on what the agency calls “take provisions” are all conditional upon the wolves meeting the aforementioned genetic diversity benchmark, and that private landowners are still within their legal right to kill a wolf that is harming or harassing their animals on private land. Furthermore, she says that livestock owners in Arizona and New Mexico are still (and always have been) eligible to receive financial compensation for stock that is killed by a wolf on public or private land.

“The other thing is that, regardless of this rule change,” Maestas says, “the Fish and Wildlife Service and our partners can still go in and lethally remove wolves if they’re causing problems or being a nuisance. This revision would really only impact the permits that we issue to private landowners.”

The proposal does not include any changes to the MWEPA geographic area, and Maestas offers some clarification on these boundaries as well.

“There’s really no ‘one way’ to recover Mexican wolves,” she explains. “So, we looked at what traditional habitat was, and we looked at the viability of recovery south of I-40, both within Arizona and New Mexico. We truly believe that recovery can occur south of I-40, and we believe they have healthy habitat and an abundance of elk—their primary prey—in the areas where they currently are.”

The USFWS is currently accepting public comments on the proposed changes. Comments are due by January 27, 2022.