The two pairs were released in Chihuahua, Mexico, bringing the total number of wolves in the country to 45 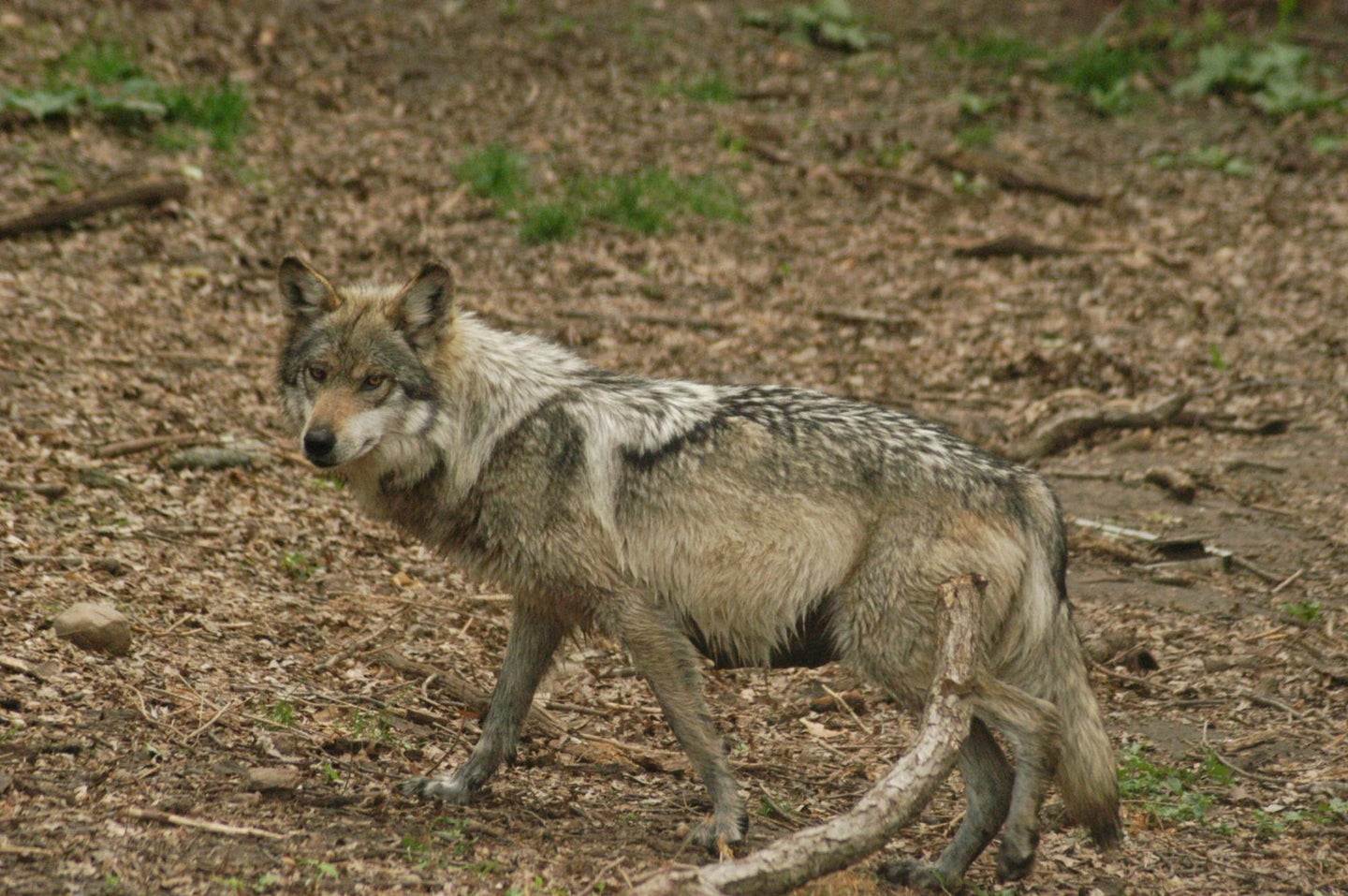 Wildlife agencies on both sides of the border are working to reintroduce Mexican wolves throughout their native range. U.S. Fish and Wildlife Service
SHARE

On Tuesday, the Arizona Game and Fish Department announced that four more Mexican gray wolves were released into the wild. The pairs, dubbed “Manada del Arroyo” and “Manada del Gavilan,” were raised on the Ladder Ranch in New Mexico and placed in two areas in the state of Chihuahua, Mexico. Officials expect all four “to adapt and survive in their native environment,” according to the agency.

With this release, Mexico is now home to 45 of the rare subspecies, which was listed as endangered in 1976 by the U.S. Fish and Wildlife Service. The recovery effort is a collaboration between U.S. agencies and Mexico’s National Commission of Natural Protected Areas.

“Through international cooperation, recovery efforts are moving forward in Mexico and contradict the contention of some critics that recovery can’t occur in that country,” said Jim deVos, AZGFD Mexican wolf coordinator.

In the U.S., the biggest issue with wolf reintroduction is not lack of habitat, but, rather, lack of social tolerance to coexist with the Mexican wolves in their native range. In fact, their disappearance is a result of “extensive predator control initiatives” that, by the 1970s, had eradicated the wolves along the southwestern U.S. and within Mexico’s Sierra Madre Occidental and Oriental regions, according to the Associated Press.

Ranchers and livestock producers in the Southwest oppose reintroduction efforts due to livestock depredation, while environmental groups there continue to push for the release of more Mexican wolves into the wild. Regardless of the dissonance around the effort, this recent release shows that reintroduction and recovery efforts are moving forward. According to AZGFD, a 2021 survey counted roughly 186 Mexican wolves in the wild across both Arizona and New Mexico with an additional 250 Mexican wolves at captive-breeding facilities throughout the U.S. and Mexico. The latest survey data should be released soon with an updated count.

Changes to the Mexican gray wolf management plan were proposed in 2018. USFWS and state wildlife managers are now “in final negotiations for a letter of intent aimed at strengthening the program,” according to the AP, which should include strategies for resolving wolf-livestock conflicts.