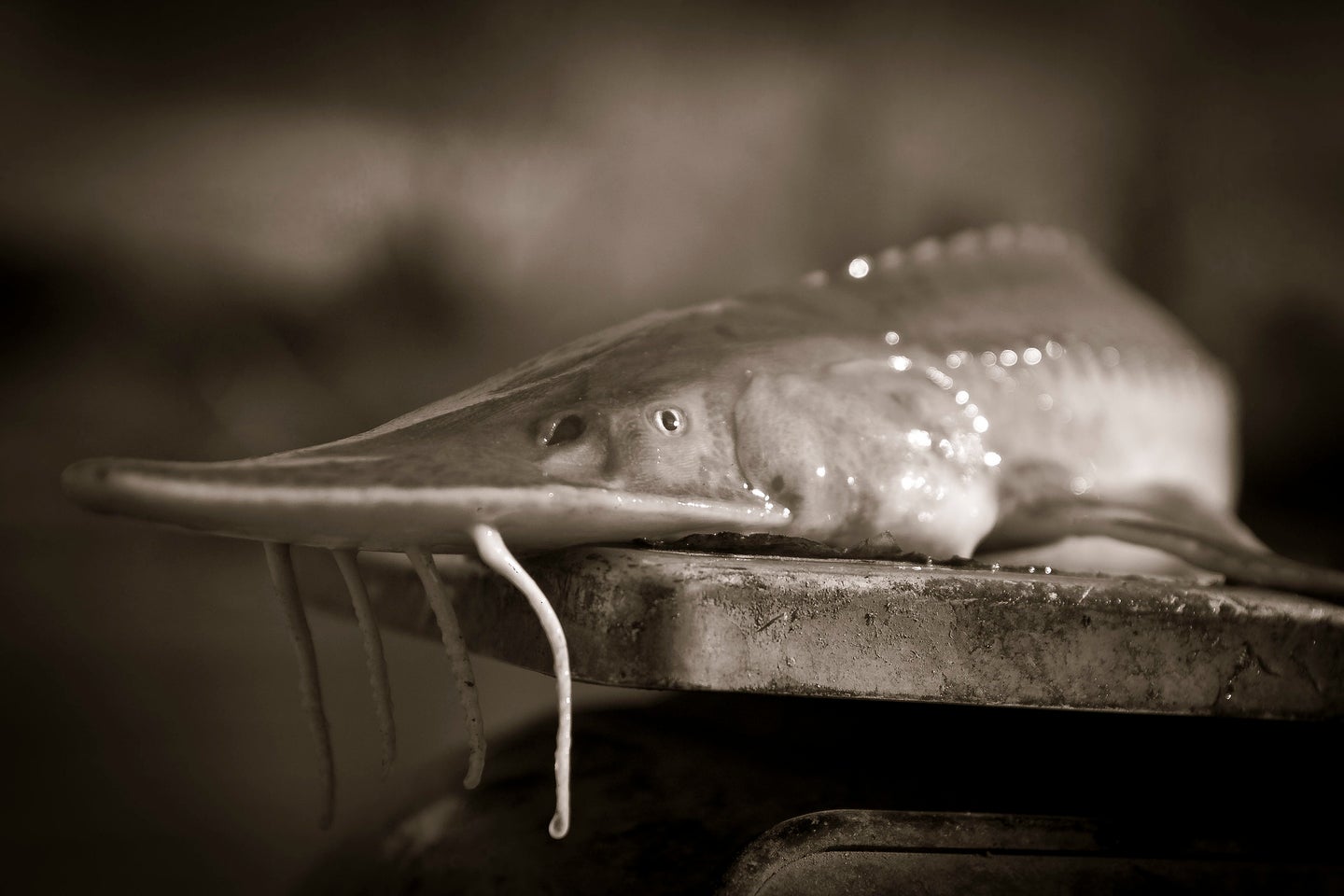 A U.S. District Court in Paducah, Kentucky, handed down a hefty sentence for fishing-related crimes on Tuesday, the Associated Press reports. The court sentenced Daniel Allen, 44, of Brookport, Illinois, to one year and one day in federal prison after Allen pled guilty to illegally catching sturgeon from the Ohio River and selling the eggs to a caviar distributor in another state. Allen’s prison sentence will be followed by two years of supervision, and he has already agreed to pay $10,000 in restitution.

Allen admitted to the court that between November 2018 and April 2019 he harvested shovelnose sturgeon from the Ohio River along the Kentucky/Illinois border using illegally sized mesh nets. He was also fishing out of season and targeting sturgeon near the Smithland Lock and Dam, which is closed to commercial fishing.

In addition to these crimes, Allen admitted to selling the sturgeon eggs to a caviar distributor in Tennessee. This violated the Lacey Act, which prohibits the transporting and selling of any plant, fish, or wildlife species that is harvested illegally. And because Allen crossed state lines to sell the roe, he was charged with a federal crime.

According to Kentucky Today, Allen’s violation of the Lacey Act also constituted a felony because the sturgeon eggs—which are regulated as caviar in Kentucky and Illinois—had a market value in excess of $350.

Processed shovelnose sturgeon roe is also known as hackleback caviar. Although market prices vary, a pound of hackleback caviar can fetch $400 or more, and one wholesale caviar dealer even compares it to the Osetra and Sevruga varieties, which come from the Caspian Sea and are two of the finest, most expensive types of caviar in the world.

Commercial fishing for shovelnose sturgeon is highly regulated, as it is the only wild sturgeon that can be legally harvested in the U.S. It is also the smallest species of freshwater sturgeon native to North America, and rarely exceeds 30 inches in length. Females generally start producing eggs when they reach 20 to 25 inches (or five to seven years of age), according to the Illinois Department of Natural Resources, and one mature female can produce anywhere between 10,000 and 200,000 eggs.