Back in a previous life, when I worked for Montana Fish, Wildlife & Parks, everybody wanted to be a wildlife... 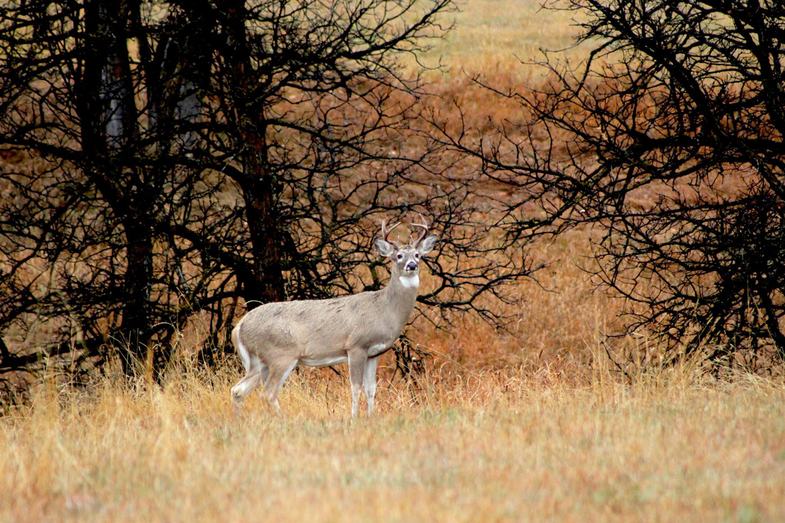 Back in a previous life, when I worked for Montana Fish, Wildlife & Parks, everybody wanted to be a wildlife biologist.

If our little office had a hierarchy, the “game ranger” was on top. He spent most of his days in the field, and never really accounted for his time. When anyone asked, he said he was counting deer. Or elk. Or grouse. His job performance was mainly judged by his periodic censuses of game: When animals were up, he was praised by hunters and colleagues. When they were down, he was cursed by the same folks.

It’s an unfair simplification, but for a couple of generations of wildlife biologists, this pretty much defined their jobs. Count and compare. Compare and count.

The biologists in my office were relatively oblivious to larger social trends that started intruding more and more on their jobs. The first sign of change in my area was land ownership.

Ranchers who once threatened to shoot elk grubbing their alfalfa were replaced by “conservation owners” who were happy to winter all the elk on the mountain. As the trophy homes went up in the foothills, so did “No Trespassing” signs, and suddenly the main question the biologists were getting weren’t about the numbers of deer, but about where a hunter could go to kill them.

The loss of access started to erode the number of hunters who bought licenses. Our biologists kept counting, but because ours was an agency funded by hunting licenses, the game-management budget declined, so we couldn’t count as much or as often as we once did.

In my area, sage grouse are lightning rods, perennial candidates for endangered-species listing. Our biologists did a great job of counting grouse, but it became increasingly clear that habitat was the central cause, and populations were a symptom. Healing habitat is a large ship to turn in a single career. So biologists mainly counted.

While they were documenting upticks and downward trends in the populations of various species, the entire operating climate for conservation – and their agency’s mandate – has been changing around them.

The job of wildlife biologists is changing, too. The last time I saw my local biologist, he was trying to learn all he could about the new Farm Bill so he could match habitat funds with hunter-accessible farmland. He’s also helps with Hunter Education and knows by first name most of the ranchers, outfitters, and hunters in his area.

FOREST FOR THE TREES
This trend toward what I’d call holistic wildlife management is good and healthy, but I worry that unless more state agencies pay attention, it’s too little and too late.

My concerns are mirrored by my friend Jim Martin, who earlier this month laid out his perspectives to Minnesota’s Department of Natural Resources. Martin’s comments are essential reading for the next generation of biologists. In a nutshell, he implores game managers to look up from their data and study (and be prepared to influence) the larger conservation landscape.

It’s what biologists did in the early days of the profession, says Martin, who is the conservation director of the Berkley Conservation Institute, funded and promoted by Pure Fishing, the conglomerate that owns Trilene, Stren, Powerbait, and other fishing products. They were social scientists and politicians as much as they were naturalists.

Wildlife biologists should be looking out for the welfare of not only the wild animals under their custodianship, but also for the hunters who hunt them, the landowners who shelter them, the non-hunters who admire them, and the voters who influence conservation funding.

Biologists should become vocal advocates, says Martin, who is the former fisheries chief for Oregon’s Department of Fish and Wildlife, not only for the wildlife resource, but for the operating climate that enables our citizens to manage that public resource. That’s a huge change in perspective from the recent past, in which biologists were recruited and retained for their knowledge of a single species, or their talents at field research, or their ability to apply statistical models to population management.

There’s an apt joke about biologists that I’ve heard (and repeated):

Q: How can you recognize an extroverted biologist?
A: When he speaks, he looks at your shoes instead of his own.

That sort of inward-looking personality is no longer an asset for a wildlife biologist. Instead, they need to be lobbyists, grant writers, Kiwanis Club officers, Boone and Crockett Club measurers, school board members, and accountants. Influence peddlers as well as head-counters.

If we hope to have sustainable funding for wildlife management through this century, and to keep state agencies and citizen conservationists at the wheel of game management, it’s worth reading Martin’s call to action. It’s also worth scolding hunters for a moment, too. We can’t be so tied up in the specific numbers of deer or turkeys (or even grouse) that we lose sight of the bigger job of wildlife managers. Because all the game population data in the world won’t matter if there are no hunters to share the field with the critters.