Anglers are now limited in their ability to fish from a boat, and many coastal rivers are closed to steelhead fishing this winter 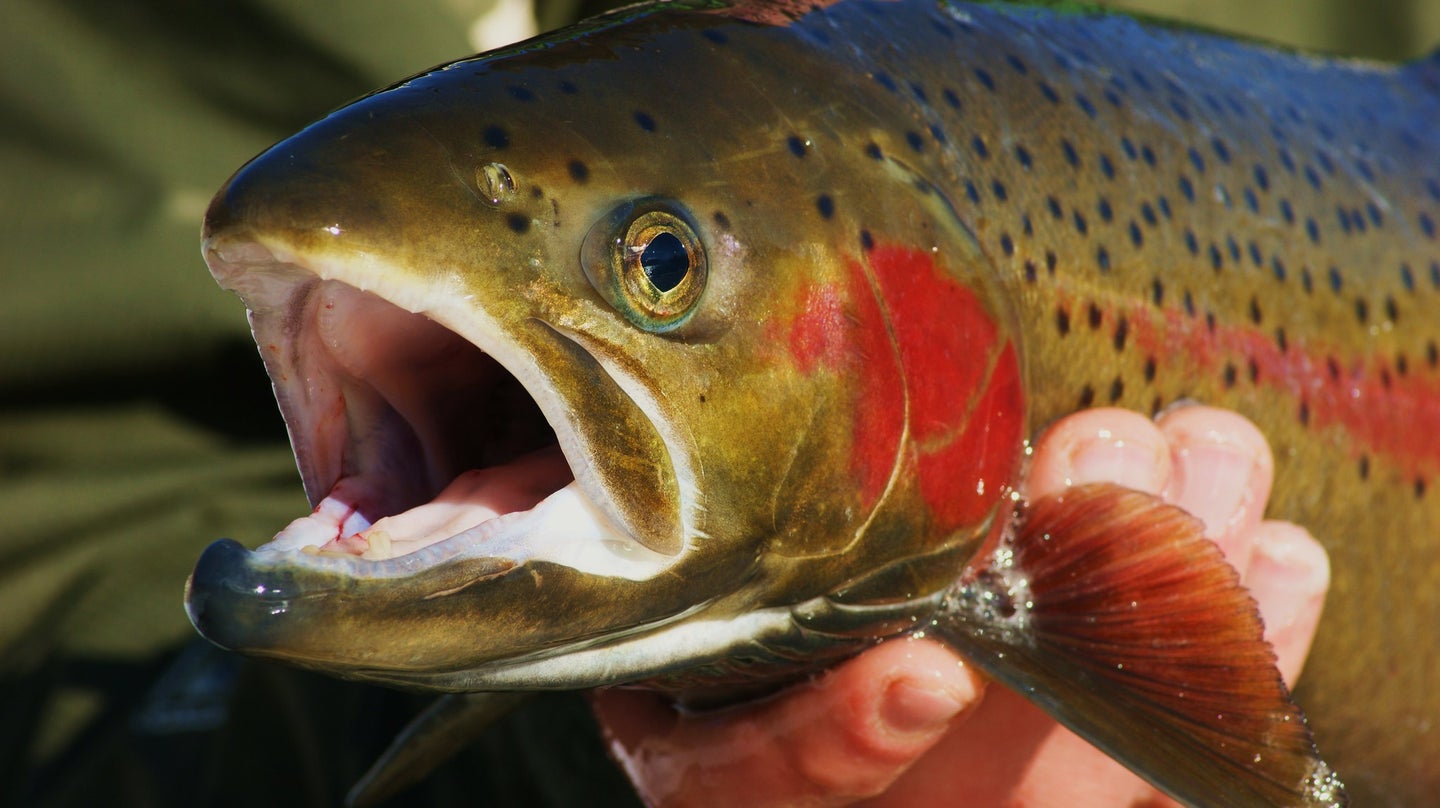 This year has been a brutal one for steelhead throughout their native range, and that includes the famed rivers of Washington’s Olympic Peninsula. Although these coastal rivers represent some of the last remaining strongholds for wild winter steelhead in the lower 48, fisheries managers there saw the lowest returns on record last year, and the forecasted run size for 2021 to 22 is expected to be even lower. In an effort to protect the fragile resource and reduce the overall impacts of recreational angling, the Washington Department of Fish and Wildlife, along with tribal co-managers, have announced some major restrictions to sport and tribal fishing on area rivers.

As of Dec. 1, the Quinalt, Queets, and their tributaries are closed entirely to sportfishing. This closure, which will continue through April 30, 2022, also extends to the Humptulips, as well as the Chehallis River and its tributaries. In addition to these closures, fishing from a floating device (boat, kayak, paddleboard, etc.) will not be permitted except on the lower reaches of the Calawah and Bogachiel Rivers.

The restrictions that went into effect on the Olympic Peninsula earlier this week follow a months-long, extensive public engagement process that took place this summer and fall. Faced with the option of shutting down the sport fishery entirely, WDFW instead chose to support tribal treaty rights and protect imperiled wild steelhead populations while still providing some level of sport fishing opportunity wherever possible.

Striking this balance was reportedly an extremely difficult proposition for state and tribal fisheries managers. But according to WDFW’s regional fish program manager James Losee, closing certain rivers and prohibiting fishing from boats seemed like the best possible way for the agency to allow a sport fishing season while still reaching its conservation goals. From Losee’s perspective, it all boils down to the fact that “there’s fewer fish, there’s more of us, and we’ve gotten really good at catching them.”

It’s a paradox that exists wherever steelheaders and their quarry are found. As steelhead runs have declined severely over the past few decades, the amount of people chasing these fish is at an all-time high, and this surge in the sport’s popularity has led to even greater developments in the boats, tackle, and techniques that anglers use to catch them. Essentially, we’ve gotten too good at catching these fish, and anyone who has ever pursued the “fish of a thousand casts” knows that fishing from a boat is far and away the most effective way to target them.

“There is so much uncertainty around the sport catch that it’s requiring this cautious approach,” he says . “And we’re now at a point where we really need to limit our impact in order to create an environment for these fish to bounce back. So earlier this year we asked ourselves, ‘What can we do to catch fewer steelhead but still keep people on the water?’”

Read Next: Fishing Pressure Increased During COVID. Is That a Bad Thing for Gamefish Populations?

The state agency made a similar move last year, and although managers stopped short of full closures, they sent shockwaves throughout the local sport fishing community when they outlawed fishing from boats.

“I just think we went too far too fast,” says Robert Kratzer, who has been guiding for steelhead on the Olympic Peninsula for 34 years now. Kratzer is also the president of the Northwest Olympic Peninsula Sportfishing Coalition and the Vice President of the Washington Guides Association, and he has been involved with efforts to conserve Washington’s coastal steelhead for most of his guiding career.

“I respect that we’re making some changes, and I applaud the state for looking at this,” Kratzer says, “but I think they could have crafted a fishery that would have allowed all user groups to have access.”

Instead, Kratzer says that the restrictions on fishing from a boat will prevent a lot of people, and particularly a lot of his clients, from being able to fish at all this season. His frustrations also center around the fact that there is so little scientific evidence showing the impact that sport fishermen actually have on wild fish.

“There are people who do not have the ability to wade our rivers or fish from the bank,” Kratzer explains. “It’s a different ball game when you decide to step into a moving river—and if you’re not familiar with it, it can be a train wreck. So I was one of the people that said, ‘If you can’t provide a fishery for all user groups, then close it.’”

Losee agrees with Kratzer that “the most cautious approach, and the one that provides the greatest confidence for us, is a full closure.” But because a big part of the agency’s mandate is to keep people on the water, he says the state has tried do everything in its power to keep from shutting down the recreational fishery entirely.

Losee also credits the Hoh and Quileute Nations for leading the charge on this collaborative and conservative approach to protecting the resource. Although these sovereign nations have federally-mandated treaty rights to manage their own commercial fisheries independently of the state, Losee says the state agency’s relationship with the tribes is critical for monitoring steelhead populations and setting management objectives.

“These two tribes are really the leaders in this conservation work,” Losee says. “Five or six years ago, the Hoh and Quileute tribes started reducing their impact on wild steelhead in response to what they were seeing in their rivers. And this is really impressive because, as our sportfishing increased and we got more effective at catching steelhead, these tribes were already intentionally reducing their impact to put more fish on the spawning grounds.”

Now, Losee says, it’s time for sport fishermen on the Olympic Peninsula to do their part by finding ways to connect with the resource while making the necessary sacrifice to catch less steelhead. He only hopes that the new restrictions that were implemented on Dec. 1 will help with that.