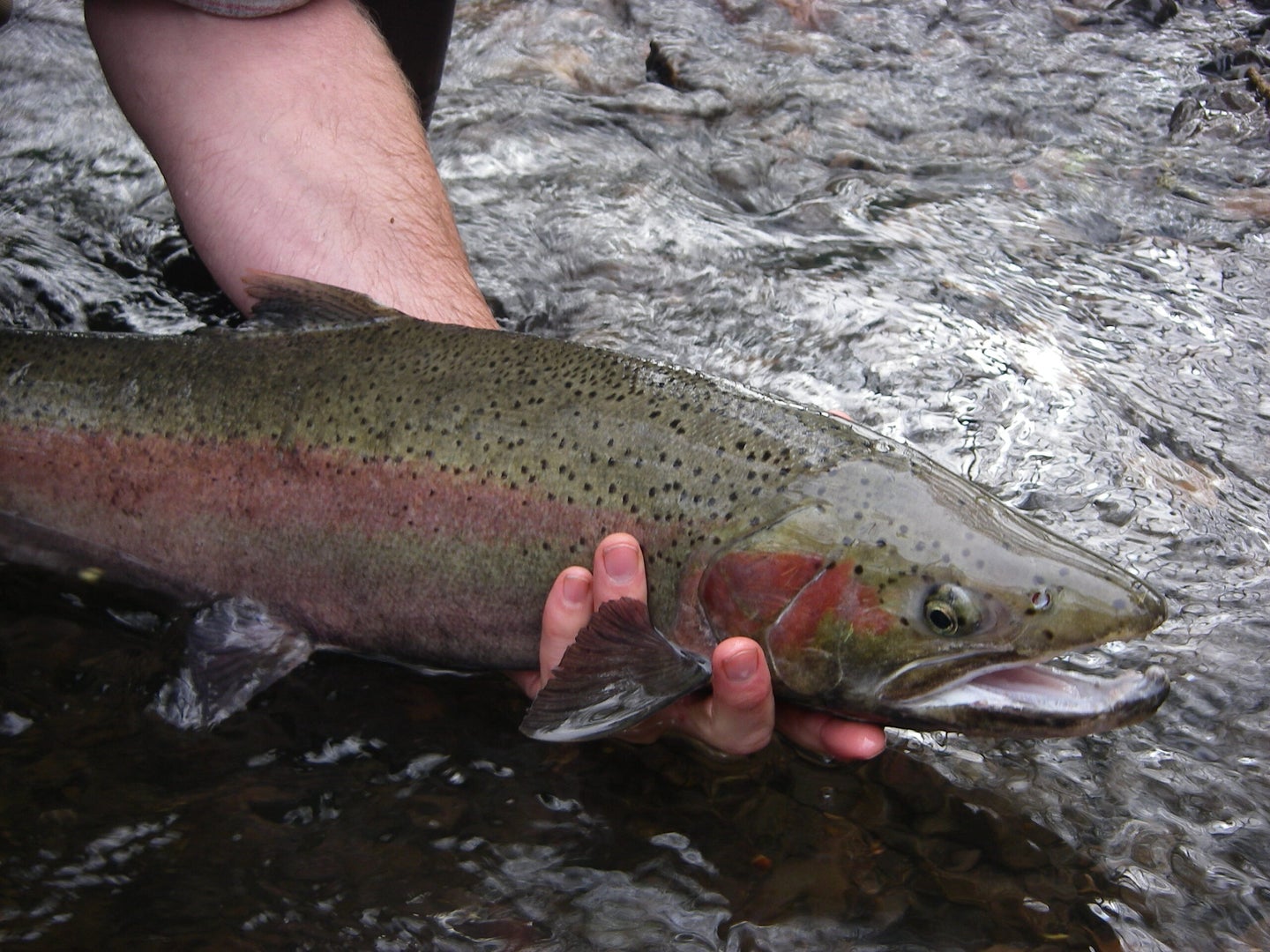 Washington state steelheaders swallowed a bitter pill last week when the Washington Department of Fish and Wildlife announced that it would make the unprecedented move of closing the entire coast to recreational steelhead fishing. WDFW says this decision to enact a full emergency closure is necessary to protect dwindling steelhead populations. The closure goes into effect March 1 and extends to all rivers along the coast and the Strait of Juan de Fuca.

This is the culmination of a tough winter for steelhead anglers on Washington’s Olympic Peninsula. Fisheries managers there saw the lowest returns on record last year, and the forecasted run size for 2021-22 was expected to be even lower. With these low returns in mind, WDFW and tribal co-managers announced some major restrictions to sport and tribal fishing on area rivers. These restrictions—which implemented new regulations for fishing from a boat on certain rivers, and closed sportfishing entirely on others—went into effect Dec. 1.

In the months since, state fisheries managers have seen the situation go from bad to worse. According to a news release from WDFW, a review of preliminary data suggested that “the forecasted returns are likely coming back as low as 30 percent of what fishery managers expected, foreshadowing perhaps the lowest return ever recorded in some rivers.”

In other words, WDFW estimated back in November that this year’s return of winter steelhead would be slightly lower that the lowest return on record. Now the agency is saying that already dire prediction might have been optimistic, and that the actual run size could be just a mere fraction of the lowest return ever recorded.

“Throughout our conversations with anglers and the broader coastal community, we’ve been upfront about our commitment to designing fisheries that meet our conservation objectives,” WDFW fish program director Kelly Cunningham said last week. “With this preliminary data in hand that now suggests coastal steelhead returns are significantly lower than we expected, we need to take bold, swift actions for the future of these runs.”

With the future of Washington’s coastal steelhead fishery at stake, WDFW formed the Ad-Hoc Coastal Steelhead Advisory Group last year. The 12-member committee is made up of fishing guides, research scientists, sport anglers, business owners, environmentalists, and others committed to steelhead recovery in the region. The advisory group had its first meeting Feb. 17, six days before WDFW made its unprecedented announcement regarding the full emergency closure.

WDFW isn’t the only fisheries manager in the state, however, as many of Washington’s coastal rivers are managed cooperatively with the Indian nations that have longstanding treaty rights to fish commercially for salmon and steelhead. The Hoh and Quileute Nations both manage “Indian gill net” fisheries on the state’s coastal rivers, and over the years they have worked with WDFW to monitor steelhead populations and set management objectives. Like WDFW, these sovereign nations have also intentionally reduced their impact on winter steelhead in recent years by harvesting less fish.

At the beginning of this year, the Quileute Tribe restricted its IGN fishery to 1.5 days per week. And Friday, just two days after WDFW made its unprecedented announcement, the Tribe also took emergency actions and closed its tribal fishery immediately.

“These are extraordinary times,” the Quileute Tribal Council said in a recent press release. “And we appreciate everyone’s collaborative efforts in determining these critical decisions.”