Angler Made $61,000 Last Year Catching Pikeminnow in the Columbia and Snake Rivers 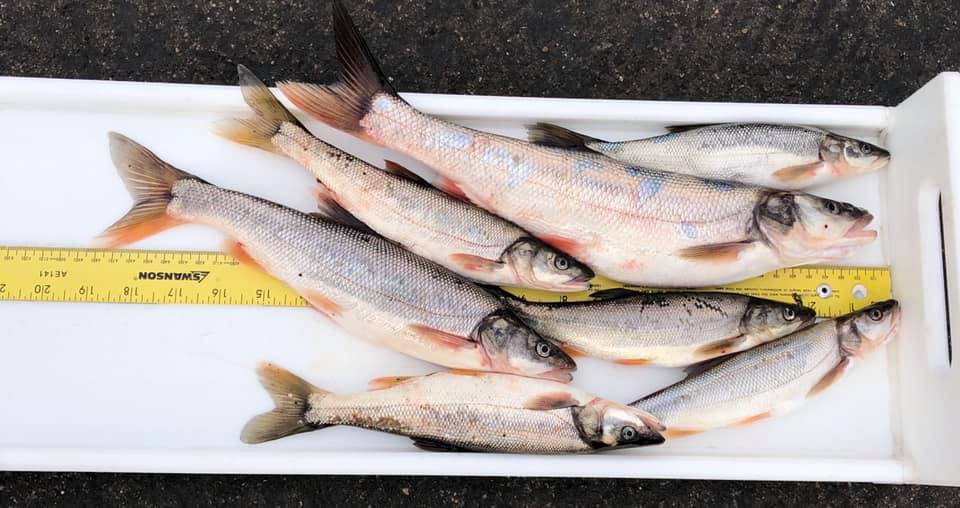 Anglers can get paid to harvest pikeminnow from the Columbia and Snake Rivers. Northern Pikeminnow Sport-Reward Fishery / Facebook
SHARE

A fair warning for fishermen with full-time desk jobs: this next sentence might have you reconsidering your current career path. An angler in the Pacific Northwest earned $61,000 last year catching northern pikeminnow out of the Columbia and Snake Rivers and turning them into Oregon and Washington wildlife officials.

The unnamed angler caught and removed 7,185 of the unwanted fish from the two rivers over a five-month period last year, according to the Tri-City Herald. And although he was the top-earner in 2021, he was certainly not the only angler who was able to subsidize their fishing habit by participating in the Northern Pikeminnow Sport-Reward Program.

The Sport-Reward Program is a collaborative, multi-agency effort that aims to boost native salmonid populations in the Columbia River Basin by putting a bounty on northern pikeminnow, which are a major predator of juvenile salmon and steelhead. The program—which is administered by the Pacific States Marine Fisheries Commission, and implemented by the Washington Department of Fish and Wildlife and the Oregon Department of Fish and Wildlife—pays sport fishermen for every northern pikeminnow they catch over 9 inches long. The program’s motto is “Save A Salmon (And Make Money Doing It).”

Columbia and Snake River anglers can participate in the program between May 1 and Sept. 30 of each year, and the reward payments work on a sliding scale. In 2021, anglers were paid $5 per fish for the first 25 fish they caught. That reward bumped up to $6 each after 25 fish, and then $8 apiece after 200 fish. Tagged pikeminnow were worth a bonus amount of $500 each. Just last year, the BPA paid out a total of approximately $700,000 in exchange for the roughly 89,600 pikeminnow that were caught by participating anglers.

According to Eric Winther, project leader for the WDFW’s Sport-Reward Program, that number represents an estimated 11.3 percent of the Columbia Basin’s overall pikeminnow population—which falls in line with the agency’s intended goal of eliminating 10 to 20 percent of the population on an annual basis. Now in its 32nd year, the bounty program has led to the removal of more than 5 million of these predators from the Columbia and Snake Rivers. Fisheries biologists estimate that this reduction has decreased their predation on juvenile salmon and steelhead by up to 40 percent.

The Bonneville Power Administration funds the program to partially mitigate the significant impact of the Columbia River hydroelectric system on endangered salmon and steelhead. The BPA operates 29 hydroelectric dams in the Columbia River Basin, and is the largest supplier of electricity in the Pacific Northwest. But this electricity comes at a cost higher than anyone’s monthly bill.

The BPA’s dams on the mainstem Columbia and Lower Snake Rivers have inundated important spawning areas and blocked off entire segments of the watershed to anadromous fish. The series of reservoirs created by these dams has also changed historic river flows, and they continue to raise water temperatures to dangerous levels. But since the federal agency can’t undo the damage inflicted on salmon and steelhead by this vast network of dams without disrupting the Northwest’s power grid (and going bankrupt in the process), BPA uses some of its annual revenue to fund the continued removal of northern pikeminnow.

Pikeminnow are native to the Columbia River Basin and, as the waterway has been transformed from a mightily flowing river into a series of federally controlled reservoirs, the species has benefitted—to the detriment of native salmonids. Northern pikeminnow now consume millions of out-migrating juvenile salmon and steelhead each year as they patrol the mouths of Columbia River tributaries. Their pernicious effects on increasingly fragile salmon runs led fisheries biologists to implement the Northern Pikeminnow Sport-Reward Program in 1990.

The Northern Pikeminnow Sport-Reward Program will continue this summer, and the BPA has already announced that it will raise the pikeminnow bounty in order to get more anglers involved. Starting on May 1, the Program will pay $6 each for the first 25 pikeminnow; $8 each for the next 175 fish; and then $10 each after 200. Randomly tagged pikeminnow will still be worth $500 apiece, and the season will run through Sept. 30.